The two-time world champion climbed all the way to the top of Formula 1 after a frightening accident in Adelaide, Australia. He was one of the very few able to take on – and beat – Michael Schumacher 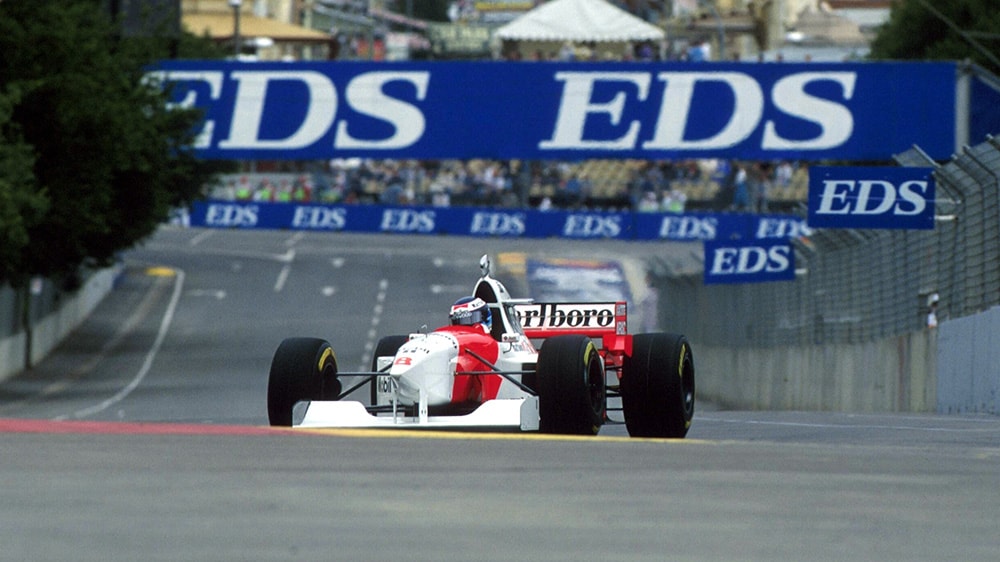 Happy birthday Mika Hakkinen. The Finn is 52 years old today, just over 20 years after clinching the Formula 1 drivers’ title twice (in 1998 and 1999) and exactly a quarter of a century after the terrifying accident at the Adelaide street circuit that risked ending his career there and then.

It was all over in a fraction of a second. In one of the few quick corners of the southwestern Australian circuit, which was hosting its 11th and final Grand Prix before handing over to Melbourne, Hakkinen’s McLaren suddenly snapped off the racing line, skipped over a kerb, and then did a 360-degree spin in the air before slamming into the wall. From the outside, the damage to the car didn’t look too bad.

From the inside, it was far worse. The driver had taken the brunt of the impact, causing trauma to his chest and head. Hakkinen nearly cut off his tongue in the impact. His condition at the scene was life-threatening. The accident happened in qualifying: Hakkinen had actually qualified for the race already but obviously didn’t take the start on Sunday – and the fear was that he wouldn’t be starting any more races in the future either.

But Mika is a Finn, filled with bravery and sisu: that untranslatable word in the Finnish language that describes a stoic acceptance of fate and a determination to overcome it. He pulled through and was back on track for the following season: once more in a McLaren-Mercedes, but this time with rising star David Coulthard as his team mate – who many expected to get the better of him.

Understandably, Hakkinen took a little while to find his feet again. But McLaren was very much on his side, giving their Finnish superhero all the time he needed to recover confidence. Ultimately it was to be a disappointing season though: the sum total from 1996 was four third places, all achieved over the summer, which also showed how the car had improved compared to the start of the year. It needed to.

There was much better news in 1997. Hakkinen wasn’t only keeping up with Coulthard, but actually beating him from the middle of the season on. The Finn won for the first time in Jerez, the final race of the year, which was mostly down to Williams driver Jacques Villeneuve – who was about to be crowned champion, following a controversial collision with Michael Schumacher – leaving the way clear. That certainly made winning the race a lot easier for Hakkinen: but a win is still a win, however it’s taken.

The first championship title came the following year, with the McLaren-Mercedes proving to be simply a better package than its rivals. Nonetheless, David Coulthard could do no better than third, scoring just over half the points total racked up by his Finnish team mate. In 1999, that gap widened. Hakkinen stole the title from Ferrari’s Eddie Irvine thanks to a spirited performance at the final race in Japan, while Coulthard could do no better than fourth in the final standings – beaten also by Heinz-Harald Frentzen in the Jordan.

Within McLaren, it was clear who was boss. Even in 2000 – the first of five consecutive years in which the drivers’ title went to Michael Schumacher – Hakkinen was Schumacher’s only real rival. The Finn’s outstanding calibre was displayed with his victory at Spa-Francorchamps, thanks to a moment that would go down in Formula 1 history. Heading for victory, Schumacher was ready to lap the slower BAR-Honda of Riccardo Zonta on the long straight after Eau Rouge and Radillon. Hakkinen was right behind the Ferrari, waiting for an opportunity.

It came when Schumacher got into Zonta’s slipstream and went to pass him on the left at around 270kph. Hakkinen went the other way, to the right. There was only just room for Mika to squeeze past, threading the needle between the speeding BAR-Honda and the grass verge that would have sent him into a spin at a sickeningly high speed. Hakkinen somehow made the overtake stick: one of the most memorable passing manoeuvres of all time. Standing on the second step of the podium, even Schumacher struggled to comprehend what his rival had just done, and the courage it must have taken to do it.

But Hakkinen was already approaching the twilight of his career. By the end of 2001, Hakkinen would be done with F1. Despite his Monte-Carlo lifestyle, where he lived with his wife Erja, his son, and a pet tortoise, Hakkinen always maintained a typically Finnish reserve. It was hard to tell what was going on in his mind, and he liked time to himself. When he reappeared in the paddock a few years later, he was no longer married and seemed different in other ways too: a bit less reticent and more outgoing. Now, he brings a breath of fresh air to each race he attends. He’s been a brand ambassador for Johnnie Walker and occasionally he commentates for Finnish TV as well. He says that he doesn’t really have a job: he just has fun. But he will forever be known as Formula 1’s original ‘Flying Finn’.

Read more
Related Stories
Stirling Moss: history of the eternal runner-up pilot
race
James Hunt,
the other side of Niki’s coin
race
Nigel Mansell:
the lionheart
race
MOST READ
The Pirelli P Zero trofeo r: to the clouds with the Urus