Mexico gets ready to wave to Formula 1

It’s time for what the inhabitants of Mexico City like to call their “F1esta”. But how much do you know about it? 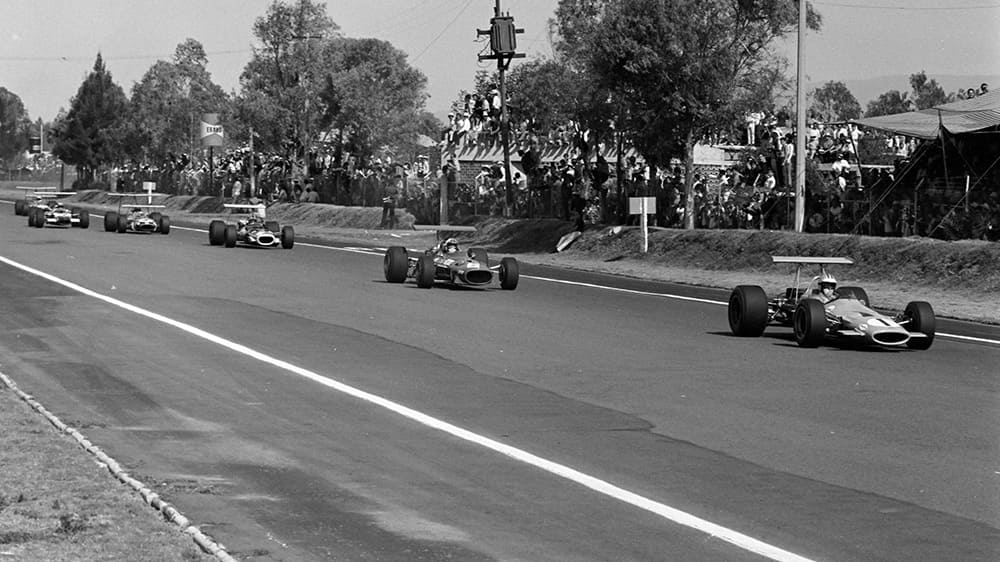 The history of Mexico in Formula 1 goes back much further than the rise of Sergio Perez to two-time race winner. In fact, it goes all the way back to the early 1960s and the arrival of the Rodriguez brothers: Pedro and Ricardo. The pair switched from two wheels to four in their teens, and in no time at all they were racing at the Le Mans 24 Hours. Ricardo was actually blocked from making his debut at the famous French endurance race alongside Pedro in 1958 because at 16 he was deemed too young. But just two years later, he finished second overall in a Ferrari.

In 1961, Enzo Ferrari handed Ricardo his Formula 1 debut at the Italian Grand Prix at Monza. At 19, he became the youngest-ever driver to race for Ferrari in F1: a record he still holds today. And by qualifying second at Monza, he was the youngest driver to ever start on the front row: a record only beaten by Max Verstappen in 2016. The brothers became heroes back home in Mexico. But Ricardo tragically lost his life when he crashed during practice for the first ever Mexican Grand Prix in 1962 - a non-championship race held in Mexico City.

Pedro went on to race in F1 himself and claimed the first victories for a Mexican driver in South Africa in 1967 and Belgium in 1970, as well as winning Le Mans in 1968. Sadly, he too was killed on track in a sportscar race in Germany in 1971. To pay tribute to its motorsport trailblazers, the Mexico City circuit was renamed the Autodromo Hermanos Rodriguez.

A time for heroes

The legendary Jim Clark won the first non-championship Mexican Grand Prix in 1962 after taking over the car of his Lotus team-mate Trevor Taylor mid-race, as was allowed in those days. He also won when the F1 world championship arrived for the first time one year later, and again took victory in 1967. Dan Gurney, John Surtees, Graham Hill, and Jacky Ickx were among the other star names to win in Mexico before the race dropped off the calendar following Pedro Rodriguez’s death.

F1 returned in 1986 to a circuit that had been rebuilt with safety improvements and a new pit complex. Gerhard Berger famously claimed his first F1 victory for Benetton after completing the entire race on a single set of Pirelli tyres, when rivals were suffering high tyre wear on the abrasive and bumpy surface.

Over the following six years, Alain Prost and Nigel Mansell both won twice, although perhaps Mansell’s most famous moment in Mexico was his pass on Berger around the outside of the then-banked Peraltada corner for second place behind Ferrari team-mate Prost in the 1990 race. The corner has since been renamed in his honour, and Mansell remains a much-loved hero on the streets of Mexico City.

Formula 1 left Mexico again after 1992 but returned in 2015 once more to the Autodromo Hermanos Rodriguez – which yet again underwent a significant overhaul to bring it up to modern standards. The most notable change compared to F1’s last visit was to route the circuit through a former baseball field, the Foro Sol, bypassing the first half of the Peraltada corner. The result is a true stadium section with an incredible atmosphere to match; especially when Mexico’s modern day racing hero Perez passes by. This is also where the podium ceremony is held: the only venue where it doesn’t take place on the start-finish straight.

So far in the race’s modern era, Lewis Hamilton and Max Verstappen have both notched up two victories apiece in Mexico City, matching the efforts of Mansell and Prost before them. The track was the place where Hamilton clinched the championship in both 2017 and 2018 – but that won’t be happening this year.

In 2021, it will instead be a fitting venue for the latest instalment of the title battle between Verstappen and Hamilton. But while many of those watching around the world hope they will pick up where they left off after their epic duel in the United States, most in the grandstands in Mexico City will wish that Perez can go two places better than his third place in Austin. If he does, the Foro Sol might just explode.