McLaren recently celebrated an important milestone at Portimao in Portugal together with 240 customers and Pirelli, the British manufacturer’s long-time tyre partner 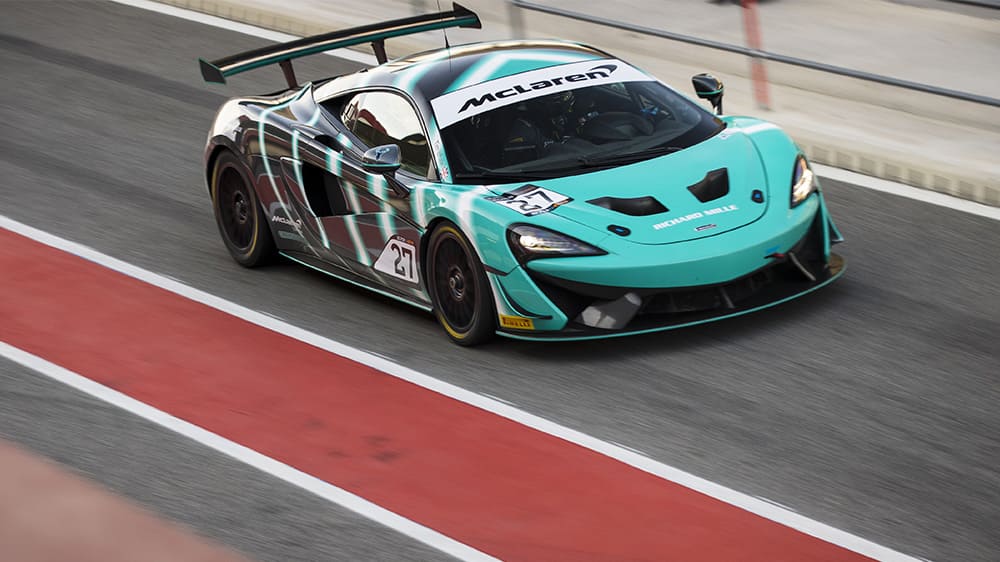 As for 100, that is the total number of McLaren retailers throughout the world now, with the latest opening in China: a country that is increasingly focussed on supercar ownership.

To celebrate these milestones, the company hosted the Pure McLaren Portimao Festival at the home of the Portuguese Grand Prix. Over three days, friends and fans of the marque were able to sample various models that make up the range on the exhilarating Algarve International Circuit, which perfectly showcases the capabilities of each McLaren’s chassis and engine.

The more the merrier

This significant moment in McLaren history was celebrated by more than 240 customers at the wheel of some of the British company’s iconic supercars – and of course there was a competition element as well, with two sprint races as well as a mini-endurance race. Mohammed Al-Khalifa took his first win of the season in the opening encounter, while Mia Flewitt triumphed in the second race, beating Al-Khalifa by seven seconds. In the mini-endurance race – where drivers were paired with some established stars – Flewitt won again, ahead of Al-Khalifa and Britain’s Oliver Webb. Some of the rarer competition McLarens held in private hands were also seen on track in Portugal, including the McLaren Senna GTR, P1 GTR and 720S GT3X. This is based on the 720S GT3 but freed of all the constraints that come with the regulations. The result is a truly unlimited race car that can express all the potential of the 720-horsepower twin-turbo V8.

Where it all started

McLaren Automotive has enjoyed a vertiginous race to the top of the supercar market: the first retailer was inaugurated during the summer of 2011, showcasing the then-new 12C (with the ‘c’ denoting the all-carbon chassis).

This was also the first McLaren to be turbocharged. Throughout the next decade, the company continued to grow, reaching 40 territories all over the world thanks to class-leading supercars such as the 720S and pioneering 675LT: the first of the modern McLaren ‘longtails’. Then there was the P1 – the world’s first hybrid hypercar – as well as the ultra-exclusive models (belonging to McLaren’s as the Ultimate Series) such as the McLaren Senna, Speedtail and more recent Elva roadster.

Throughout this inexorable upward trajectory, the partnership between McLaren and Pirelli was a constant: a natural consequence of shared experience on the racetrack. That partnership started from the very beginning with the 12C and then continued with the P1, launched in 2013.

This car was powered by a hybrid engine, just as was the case in Formula 1, and it needed a specific tyre design to cope with the peak torque generated by the electric power element. The partnership between Pirelli and McLaren continued with the development of the 2015 range, marked by the arrival of new coupé and convertible models like the 570S, 540C and 570GT. Then came the even more powerful 720S, 675 LT and 675 LT Spider.

For all these cars, Pirelli developed a bespoke latest-generation P Zero tyre, with the aim of improving performance without compromising safety and driving pleasure: the hallmarks of every McLaren. The tyres made for all these cars were very different, specifically targeted to maximise the performance of each model. A specific marking on the tyre sidewall – ‘MC’ – identifies the covers specifically made for McLaren.

McLaren Artura: the jewel in the crown

This partnership continues with the new Artura. McLaren’s very series hybrid car is built round an innovative lightweight in-house developed and manufactured carbon fibre monocoque that saves mass and fully integrates the battery. Overall it ensures the supercar performance McLaren’s customers expect is maintained without any compromise due to the electrified powertrain.

The Artura puts out 680 horsepower from its V6 twin-turbo powerplant, coupled to an electric motor. It is a cutting-edge car that uses revolutionary tyres from Pirelli. The Italian firm’s ‘Cyber Tyre’ contains a sensor that collects information directly from the road, which is then used by the car’s software to enhance safety.

This relentless pursuit of technical perfection does not mean that the Artura is any less of a McLaren though, and McLaren Special Operations (MSO) ensures that every car is a unique expression of modern luxury.

Each customer can bring their vision to life by specifying a tailor-made car, working closely with a dedicated team of designers, engineers and craftsmen. It is all a result of passion and hard work: the same ingredients that Pirelli puts into its tyres.