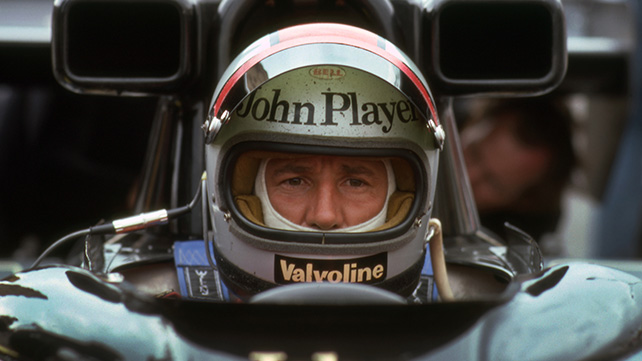 The ‘Hero of Two Worlds’ is still looking mighty fine. Tanned, relaxed and surrounded by people who hope for nothing else but a moment alone with him, Mario Andretti will forever be an idol to motorsport fans.

We talk to him in Milan, in his native Italy, where he’s visiting to pick up an award at the Caschi d’Oro ceremony, held at Pirelli’s headquarters.

It’s a real challenge to pin him down, caught as he is between photographs and autographs, always speeding off with a smile, just the same as at the peak of his career.

At 75, the Hero is indeed the same man we’ve come to love, and is still considered a legend on both sides of the Atlantic. “I was lucky, as well as good,” he confides. “I had a chance to compete with the best drivers in the history of our sport. Then… well, I also did win a few races.”

Champion racer
He did indeed: he won a Formula One® World Championship with Lotus in 1978, Indy500, Daytona 500, Indy Championship (four times) and Sebring 12-hour endurance race (three times), to name a few. He competed for Ferrari and on the American circuits, triumphing 11 times in his career.

He was born in 1940 in Montona – then an Italian town, annexed by Yugoslavia at the end of the Second World War and part of Croatia. Aged eight he was forced to flee with his parents, reaching a refugee camp across the Italian border. There, he began hanging out at a mechanic’s workshop, which sparked his passion for cars and marked the birth of a legend.

These days Andretti is more American-Italian than Italo-American, but he still likes to keep up to date with what happens in Europe. Above all, he knows all about Formula One and Ferrari in particular – still a source of pride for this naturalised American. Pirelli, too: a brand that he says is “a true symbol of ‘Made in Italy’”.

Just the formula
Then, there’s Ferrari driver and four-time F1® world champion Sebastian Vettel. A few years ago, Andretti described him as: “a fair and clever driver, who owes at least some of his success to his entourage”. Today he adds: “I think Seb is a driver competing to his full potential. Now he’s on a level with the greatest champions in this discipline.” Like Schumacher… or Andretti? “It’s impossible to make a comparison; each era has its superstars. Though I’ll admit it was probably harder in my day.”

Back then, though, Andretti still managed to win on both sides of the Atlantic, travelling back and forth with his Ferrari. “You could deploy a third car in competitions, so in 1971, having arrived in South Africa last, I got in my car and won the race,” he says. “It’s a shame they don’t allow that any longer.”

Andretti has a few suggestions about how to inject new life into Formula One: “First of all, allow private teams to enter the competition; superstar players could hand over a single-seater and allow them to customise it. I know my son Michael would jump at the chance.

“Second, we should allow guests to compete like they used to in my time: it would be awesome if we could have a third car with an American driver when racing in the US. For example, my grandson, Marco…”

Marco drives in the IndyCar series and was the designated successor to his grandfather in F1 racing. “He got so close to joining a team, but he never went through with it,” says Andretti.

Marco is one of many Andrettis following in the footsteps of this real legend; the Hero of Two Worlds, still revered by motor-racing fans.

“There might be more Andrettis like me in the future… who can tell? Life is full of surprises.”

Read more
Related Stories
Formula One 2016:
ready for launch
race
Montmelò Circuit: milestone of the Formula One
race
Circuit Paul Ricard
race
MOST READ
Jacques Villeneuve,
the rising and setting of the son