Story of the sudden rise to glory of a popular Canadian driver at the Montreal GP. Trainers, wins, and a cocky driving style: how far will this talented nineteen-year-old go? 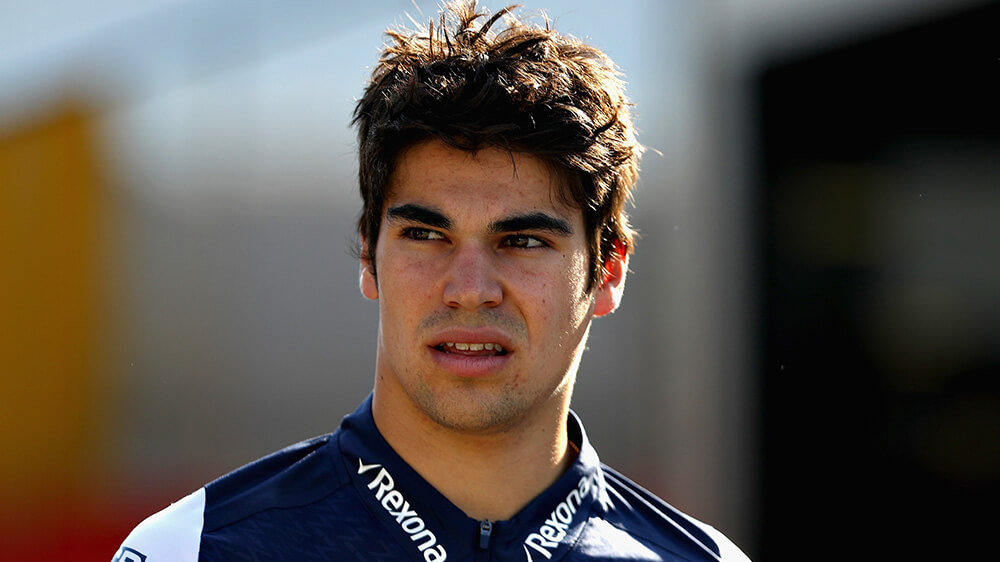 The first we heard of Lance Stroll was ten years ago, when he turned up as a lad at a Canadian Grand Prix wearing the red Ferrari uniform. He was the youngest driver of the nascent FDA, the Driver Academy of Maranello, whose mission is to hunt out new talent. Since then Stroll has continued to forge ahead, with the speed and conviction of the fated. And today, this nineteen-year-old is back in his native Montreal with the Williams team, with a Formula 1 season behind him and the confidence of being able to compete on equal terms with the big names. He seems fairly unconcerned with the fact of being the first Canadian to race in the “Circus” after Jacques Villeneuve, who won the title with Williams and retired in 2006. His (albeit short) career demonstrates that challenges drive him, and that he is unafraid of the pressure.

And yet, when he made his début in Formula 1 last season - the second youngest ever, after Verstappen - there were plenty of sceptics. But his honesty and nerve have helped him through. “I know that I come from a rich family,” Lance admits, “but I have always won, in every category in which I have competed”. Stroll has certainly always been able to drive the best cars, but he has never wasted the opportunities offered by his multi-millionaire father Lawrence Stroll, a man who grosses 2.4 billion dollars according to Forbes, making his fortune with fashion brands Tommy Hilfiger and Michael Kors, and who owns the Mont-Tremblant Circuit and a vast collection of Ferraris.

That Stroll Senior wanted his son to make it into Formula 1 was clear from the outset. He soon began to pave the way for Lance, employing Mike Wilson, former world karting champion and a historic rival of Senna’s, as his tutor. Wilson was torn from the province of Bergamo, where he lived with his wife and children, and taken to Canada to train Lance from the age of eight. “His father knows his own mind”, says Mike. “He wants his son to make it in F1, and if a top team fails to sign him on, he will buy or create a new team especially for him”. The second step was to entrust Lance to the Ferrari Academy, headed by Luca Baldisserri, former Ferrari engineer in Schumacher’s day. Thus, the Canadian continued to make progress and achieve success after success, such as the 2014 title in the Italian Formula 4 Championship or the 2015 title in the Toyota Racing Series in New Zealand, where he scored numerous victories. Lance also trained with the Williams Young Driver Program, dominating the 2016 Formula 3 European Championship with 14 victories and 17 front row positions (including 14 pole positions).

Then, last year, at the age of 18, he finally landed in Formula 1 (where he was by far the youngest pilot). Many would have buckled, especially after the bad start: three withdrawals in the first three races. But the lad soon proved his staying power. The first points started rolling in, before his very own audience, at the Canada Grand Prix, where he climbed to ninth position from the back rows. From then on, it is as if he has broken the shackles, revealing his talent, his plucky - and even shameless - driving style, and his innate ability behind the wheel. At the following Grand Prix, in Azerbaijan, he won his very first podium, crossing the finish line in third position after being overtaken by Valtteri Bottas on the home stretch. At Monza, he became the youngest ever to start from a front row position. At the end of the season, Stroll had the satisfaction of silencing the critics: he closed the championship in twelfth position, just three points behind his more experienced team-mate Felipe Massa, who, having withdrawn from Formula 1 this year, has turned the position of lead Williams driver over to him. Although the current season did not get off to a good start - so far, the only points won with the Williams team are the four points scraped together in Baku, where Lance finished in eighth place - the feeling is that a bit of home air will rouse the fearsome nineteen-year-old once more. Stroll seems to be a different person to what he was twelve months ago: no longer a cocky teenager, but a young rider looking to learn from his more experience colleagues. While Lance is undoubtedly a lucky lad, he is a lucky lad with talent. But above all, he is a great resource for the Formula 1 world, which needs young - and even brash - drivers like him if it hopes to continue fuelling the enthusiasm of the new generations.

Read more
Related Stories
The generation game
race
In Monte Carlo,
every bend has a story
race
Pink
but no Floyd
race
MOST READ
Jacques Villeneuve,
the rising and setting of the son