The Circuit of the Americas isn’t just about Formula 1 – but will grand prix racing ever really catch on in the States? 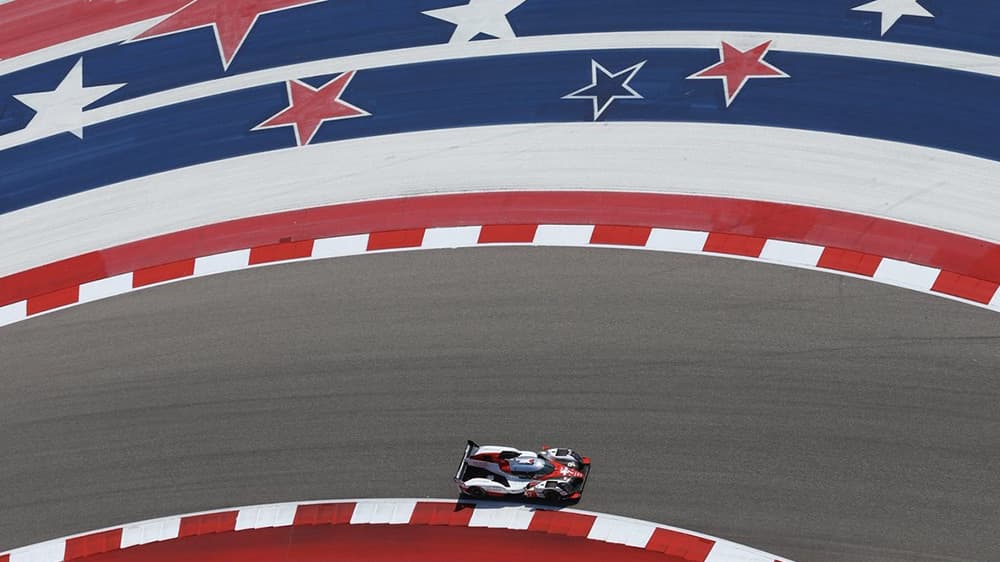 Past, present, and future
America has often taken a home-grown approach to motorsport: not only does the American public tend to prefer its own series (notably Indycar and NASCAR) but also its own drivers. At the moment, although there’s an American team in the form of Haas, there are no American drivers in Formula 1; which is going to be key to enhancing the appeal. Alexander Rossi is the driver who has come closest to F1 in recent years, and there was some talk of Santino Ferrucci as well – until he rammed his Formula 2 team mate at Silverstone this year and got fired – but unbelievably you have to go back to 1993 to find the last full-time American in F1: Michael Andretti. And his best result, not helped by having Ayrton Senna as his team mate, was third in Monza. There’s only ever been one American F1 World Champion too, Phil Hill in 1961.
But there have been many other American drivers in other international series, who have achieved a huge amount of success. It’s all to do with conditioning. Until recently, there have been no established single-seater series with the specific aim of feeding F1: instead it’s been Indy Lights and Formula Atlantic, geared towards Indycar. Now that’s changing, thanks to Formula 3 and Formula 4 in America, both of which are supplied by Pirelli and both of which are on the bill of support races this weekend at the United States Grand Prix.

Endurance and gravel
When it comes to endurance racing – and other forms of sports car racing – America has a much stronger record. Hurley Haywood, Price Cobb and Al Holbert are all among the Le Mans winners, while there have been two American Nurburgring 24 Hours winners as well. There’s a simple reason for all that: endurance racing is as hard-wired in the American psyche as popcorn, thanks to epic tracks such as Daytona and Laguna Seca. Formula 1 has nowhere near the same amount of public exposure, which ironically is the reason why a few F1 drivers – including Nigel Mansell – made Florida their home. They just don’t get recognised or bothered there.
There’s also a huge amount of support in America for off-road racing. Even the greatest circuit driver that America has produced – the legendary Mario Andretti – started his career on dirt ovals: traditionally the introduction to any form of motorsport in America.
Perhaps the most-recognised American driver, especially among the younger generation, is another off-road specialist: Ken Block. He’s not even especially known for his competition activities, but instead for his ‘Gymkhana’ demonstration videos. However, Block has competed on the World Rally Championship in the past (claiming a career best result of seventh on the 2013 Rally Mexico) and currently takes part in rallycross.

Where rallying meets the circuit
And that takes us back to Austin. The Circuit of the Americas is also home to America’s only rallycross track – where off-road meets circuit racing – which was built earlier this year between Turns 12 and 15. Only a few weeks ago it hosted a round of the World Rallycross championship, which was extremely well-attended. Pirelli’s last World Rally champion, Sebastien Loeb, finished just off the podium and described it as one of the most complicated tracks in rallycross, where overtaking is practically impossible. The same isn’t true of the F1 track, which offers several passing opportunities. But it's interesting to note that rallycross – which has been contested by a number of former grand prix drivers this year, such as Jacques Villeneuve, Scott Speed, and Alex Wurz – is using an increasing number of Formula 1 venues. Barcelona kicked off the rallycross world championship this year, and two new additions to the calendar in 2019 are Spa – which is going to build an epic new rallycross circuit featuring Eau Rouge corner – and Yas Marina in Abu Dhabi.
Having featured on the World Endurance Championship as well, the Circuit of the Americas is now firmly embedded in the country’s motorsport consciousness, and since 2016, Formula 1’s promoters (Liberty Media) have also been American, with an agenda of establishing more races in the United States. All that’s missing is an American F1 driver.

Read more
Related Stories
Jeffrey Herlings’ secret:
a question of feeling
race
Thinking outside
of the Boxster
race
Racing to
the clouds
race
MOST READ
Getting the show
on the road