The charge of the young bulls

There are a number of different ways to get into GT driving, but this might just be the best one… 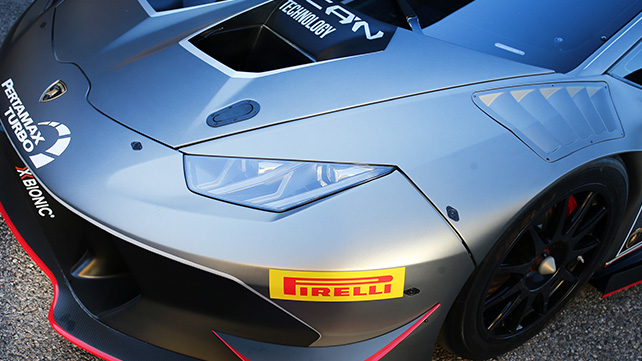 Coming in like a hurricane
What’s the best way to get a Lamborghini drive on the Blancpain GT Series? The answer is simple: make sure that you drive a Lamborghini already. The Lamborghini Super Trofeo is designed not just as a spectacular support act to the top levels of GT racing worldwide, but also as a means to an end in itself, as well as a valuable step on any young driver’s career ladder.
It’s enough to take a look at the Huracan LP 620-2 Super Trofeo car to see that it means business. The wedge-shaped missile puts out around 620 horsepower from a 5.2-litre V8 engine and powers the car to a potential top speed of over 300kph: we’re talking levels of performance not far off the speeds seen in Formula 1. From rest to 100kph is something in the region of three neck-snapping seconds. It’s a car that focuses the mind.
However, there isn’t just one Super Trofeo series: instead there are four all over the world. Thanks to championships in Europe, Asia, North America and the Middle East, the Super Trofeo is a true global academy of motorsport, that has already helped many young drivers make the jump into the top level of endurance racing, both in the Blancpain GT Series and in other championships.
In total, there are 42 Super Trofeo races all over the world each year, plus two prestigious world finals, each covering about 130 kilometres of competition. That makes something in the region of 5720 kilometres of racing per year, not including qualifying and practice. There’s plenty of bang for your buck: in every sense.

The kids are all right
It’s that, plus the sheer power and exhilaration of the cars, which makes the Super Trofeo so popular among young drivers. Nearly half the field is under 25 this year, and they have the opportunity to learn from more experienced drivers on a level playing field thanks to four distinct classes: Pro, Pro-Am, Am, and the Lamborghini Cup (for rookies). About 35 Super Trofeo cars start every race, with around 67 drivers (as some cars are shared). Every grid is a busy place, and there can be 10 or more Pro cars with drivers between 18 and 25. This high level of competition makes it a go-to championship for young drivers who want to rise through the ranks. While the Super Trofeo is obviously the perfect preparation for a GT or endurance racing career, the rear-wheel drive power of the Huracan, as well as its direct handling, also makes it feel like a single-seater to drive. A career started in the Super Trofeo can lead more or less anywhere. The youngest drivers in the championship are just 17, but there have also been some other star names, such as bike ace Andrea Dovizioso and former F1 driver Nicola Larini. 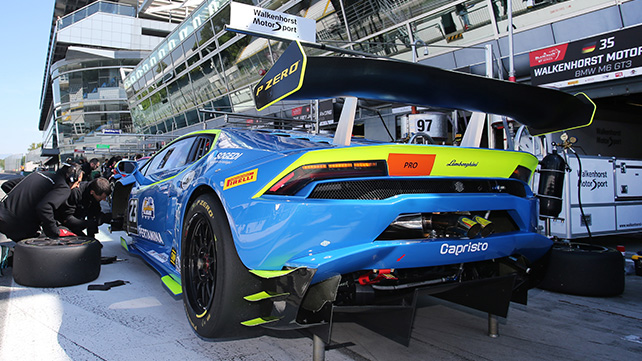 Unique tyres for a unique car
The cars are of course identical, in order to make driving talent the denominator, and another thing they all have in common (along with every other Lamborghini ever made, both for the road and track) is Pirelli tyres. Pirelli produces a bespoke tyre for the Super Trofeo championship, using many of the lessons learned from the Blancpain GT Series, where the Super Trofeo car’s big brother – the Huracan GT3 – competes. This experience filters down to the Super Trofeo drivers on a number of different levels: there’s a mentoring scheme in place whereby the top Lamborghini GT3 drivers help out selected Super Trofeo youngsters, walking the track with them and helping them to identify all the possible pitfalls: both on and off the circuit. The Super Trofeo also brings a touch of glamour to every paddock, thanks to the number of supercars in attendance (usually forming an unmistakeable multi-coloured display in the car park) along with a lavish hospitality unit.
But while Lamborghini is an automotive giant, the Super Trofeo still has a family feeling at the heart of it, providing young drivers with exactly the right environment in which to flourish. And then, if they choose, move on to even bigger and better things.

Read more
Related Stories
Worshipping at the
Temple of Speed
race
The heroes of the Blancpain GT Series: both human and automotive
race
What is the
Blancpain GT Series?
race
MOST READ
Getting the show
on the road