With 324 grands prix under his belt, the Finn – born on October 17, 1979 – is the most experienced driver in Formula 1. And the high point of his career was winning the 2007 Formula 1 title with Ferrari 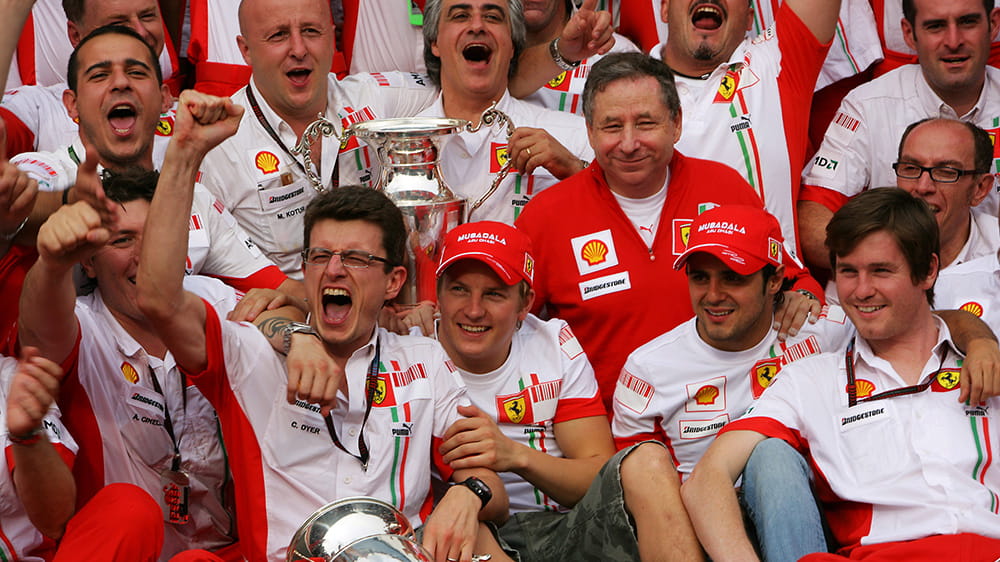 Kimi Raikkonen is one of the most consistent, and yet contrarian, champions in the history of motorsport. Now that his 324 grands prix have made him the most enduring fixture on the grid, it’s perhaps hard to remember Kimi at his prime. And none of his big exploits happened in Formula 3 or Formula 2: as he left those out. Instead, he took the shortcut to Formula 1, where he quickly became famous for his piercing blue eyes. These days, you rarely see them, as they’re normally hidden behind impenetrable sunglasses. All the better to ward off any invasions into his private circle.

His distinctive voice was the same even back then: a monotone whisper with phrases that frequently tailed off into nothing. When he gave his first proper interview, at his first test for Sauber at Mugello in the winter between 2000 and 2001, he didn’t have a huge amount to say. He talked about the outside toilet in his parents’ house back in Finland: a sign of how much the family’s finances were focussed on helping their youngest son make it in the expensive world of racing. He was asked if his idol was Michael Schumacher, who at the time was a dominant force with Ferrari. He just said “no”. He had a lot of respect for Schumacher, that much was obvious, but there were no idols for him back then. And there are still none now.

Kimi’s first grand prix was in 2001 with Sauber. His team mate was “Quick Nick” Heidfeld, who some people at the time thought was the heir apparent to Michael Schumacher. By the end of the season though, Heidfeld had racked up only three more points than the inexperienced Kimi, his new team mate. The Finn finished sixth in his first race in Australia, and followed that up with two fourth places in Austria and Canada, then a fifth place at Silverstone. That was enough to convince McLaren-Mercedes to sign him alongside David Coulthard for the following season.

In silver for the first time, Kimi finished on the podium with third in the 2002 season-opening Australian Grand Prix, followed by a similar result at the Nurburgring and Suzuka. At Magny-Cours he was only a second behind Schumacher, who won the race (and the world title, with six races still to go: a still-unbeaten record). At Spa he was second to Schumacher again – but in qualifying. And that really sparked his love affair with the epic Belgian circuit, where he won four times between 2004 and 2009.

The 2003 season was arguably Kimi’s best year with McLaren: he finished just two points off Schumacher, who tied up his fourth title, while making life extremely difficult for the German throughout the season. He also claimed his first two pole positions (at the Nurburgring and Indianapolis) and his first win, in Malaysia. In 2005 he was second in the world championship once more, behind Fernando Alonso in the Renault but with exactly the same number of race wins over the course of the season: seven.

Kimi’s 2006 season was much less spectacular, as McLaren had somehow lost its mojo. At the end of the year Kimi moved to Ferrari, to try and fill the enormous shoes vacated by Schumacher at the Scuderia. Kimi in red was much the same as Kimi in silver: he didn’t say much. And he didn’t make many mistakes. In 2007 he won the world title, after a dramatic season finale that ended in a race and championship victory for the Finn in Brazil. Heading into the final grand prix of the year, Lewis Hamilton – driving for McLaren-Mercedes – was leading the championship with four points over his team mate Fernando Alonso and seven over Kimi. On race day, Ferrari dominated. Kimi won, passing his team mate Felipe Massa at the pit stops. Confusion reigned at McLaren: Alonso was third – nearly a minute behind – while a lapped Hamilton was seventh, after making several mistakes. This all meant that the title went to Finland, by just one point over Alonso and Hamilton.

At the end of 2009, with no immediate prospects of remaining in Formula 1, Kimi left Ferrari and the world’s circuits. Instead, he threw himself into rallying: an environment that was less structured than the disciplined stratosphere of Formula 1. In rallying, there was perhaps more latitude for idiosyncrasy and improvisation. Yet Kimi’s rallying adventure was not what he hoped it would be: he won just one special stage, never got on the podium, and had a few big accidents too. By 2012, he was back in Formula 1. Lotus Renault requested his services and he replied in his usual way: with just a few words (many of them inaudible) and plenty of action: two wins, nine second places and four third places throughout two seasons.

More than just a driver, Kimi is a real personality. His famous radio message of “leave me alone, I know what I’m doing” (after Lotus gave him some unsolicited driving advice) became so well-known that the slogan was even reproduced on a run of T-shirts. Kimi himself bought loads of them to give out to people in his team. And so this was the Kimi that Ferrari asked to have back for the 2014 season, beginning a second stint at the team that took in one year alongside Alonso and four with Vettel. The German was nearly always quicker than him, with a few exceptions: such as Monza 2018, when Kimi was on pole, and a race win at Austin later in the year. After bidding farewell to Maranello once more at the end of that season, he moved to Alfa Romeo last year. So far, there’s been no repeat of those podiums, poles, and race wins. But they never meant too much to him anyway. For Kimi, it was always all about driving the car.