Japanese Grand Prix -
Exploring the land of the Rising Sun

For its seventeenth stage F1 arrives in Suzuka, in the heart of Kansai, Japan’s richest region in terms of historical, cultural and natural sites. A fusion of ancient traditions and extreme modernity 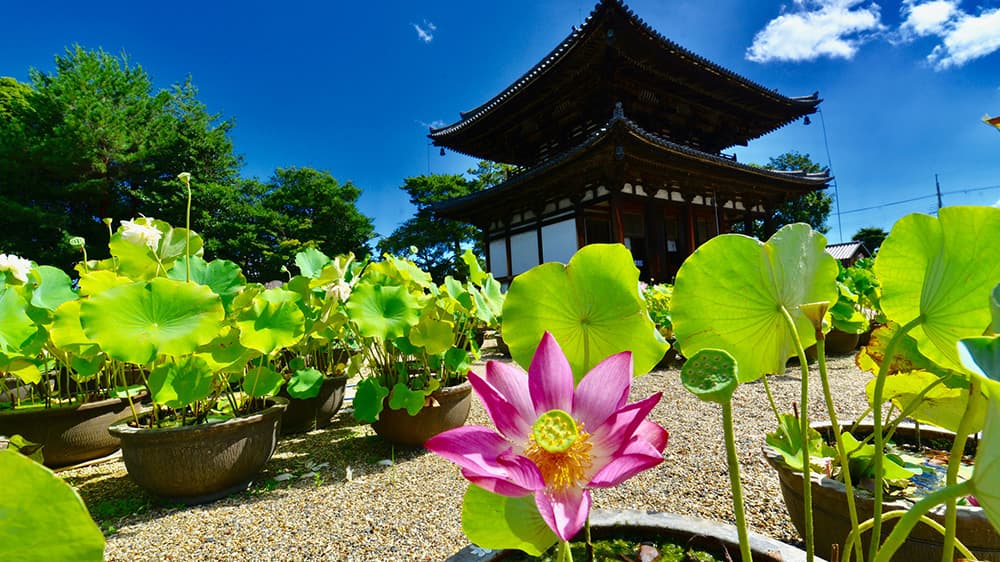 2018 has been a boom year for tourism in Japan: over 20 million people had already visited the country by August, and by the end of the year this figure could hit a record of 30 million. So what has triggered this wave of “Japan mania”? An ancient tradition that has been nurtured and respected is certainly one reason. But the country’s deep reverence of its roots is also intertwined with a strong spirit of innovation, an alluring vision of the future. An attraction of opposites that creates something unique. And the courtesy and dignified civilization of Japanese people often also hides a touch of craziness. The same craziness that, deep down, is what all motor sport fans are looking for. And the seventeenth stage of this Formula 1 season, on the historic Suzuka racetrack, is an open invitation to go and explore Kansai, the small region in the heart of Japan boasting an extraordinary concentration of historical, cultural and natural sites. From the urban frenzy of Osaka to the cosmopolitan atmosphere of Kobe and the mystical allure of Nara, within a few miles’ radius you can experience the countless nuances of this nation.

If we want to plan a short itinerary to combine with the Grand Prix we naturally start in Suzuka City, a small industrial town that harbours a sizeable Brazilian community and is famous for its traditional craft shops selling items such as paper and ink. Apart from the Tsubaki Grand Shrine, one of Japan's most ancient sanctuaries, the city does not offer any other interesting points of interest. Descending a little further down the coast it's well worth a visit to Ise-jingu, the most venerated Shinto shrine in the whole country, which is surrounded by dense forest.

Moving inland we come across the small city of Nara, formerly the permanent capital of Japan which is also, together with Kyoto, a custodian of Japanese cultural heritage. One of the eight sites in Nara that have been declared World Heritage Sites by UNESCO is Toda-ji, a majestic temple immersed in the greenery of the Nara-koen park and containing the country’s largest statue of The Buddha, the Daibutsu: 437 tons of bronze and 130 kilos of gold. Here more than a thousand deer - national symbols and at one time considered to be messengers of the gods - move freely among the visitors and temples. But on the subject of temples a visit that really can’t be missed is to Kyoto, an enchanting city graced by 1660 Buddhist buildings and more than 400 Shinto shrines, including Fushimi Inari Taisha, a complex with a four-kilometre path that winds its way down the mountain and is dotted with hundreds of Torii - columns with a beam at the top to form red gates.

Moving to the west, Osaka offers the most dynamic and futuristic image of Japan. Beyond its river and charming centre is a metropolis dominated by extreme modernity, with skyscrapers and neon lights combining to create a pop atmosphere. Here the teachings of traditional aesthetics, which still linger under the surface, are transcended by a contemporary visual style. Above all, however, Osaka is a city of excellent food (it’s no surprise that the city's motto is kuidaore, “eat until you burst”).

Stretching over a slope leading down to the sea, Kobe maintains the air of social outpost that dates back to the era when it provided the region with maritime access. Compact in size, it’s a city perhaps best appreciated by walking without any particular destination, stopping and taking time to appreciate a view or a typical local restaurant.

Finally, returning to the interior of the Kansai, a walk in the mystical forest of the Oku-no-in, a Buddhist cemetery on Mount Koya-san, is not to be missed. Also because, as well as its gentle, mild climate, this time of the year offers spectacular views of natural vegetation in exquisite shades. Autumn is when the stage is set for the momijigari, the Japanese foliage-viewing ritual - equivalent to the hanami in springtime - culminating in October. The foliage of the trees, particularly maples and ginkgos, is red, yellow and ochre in colour. The same colours can also be seen around the Suzuka circuit, where the cars streak through the greenery and the thousand autumnal changes created by the leaves.

Read more
Related Stories
When Monza
turns red
race
Silverstone: a king that won't abdicate
race
Cows, castles and engines
race
MOST READ
Getting the show
on the road