How is Paul Ricard preparing for the return of the French GP?

Next weekend, one of the best-known venues in Formula 1 returns after a 28-year absence. So here’s what’s been going on in the background… 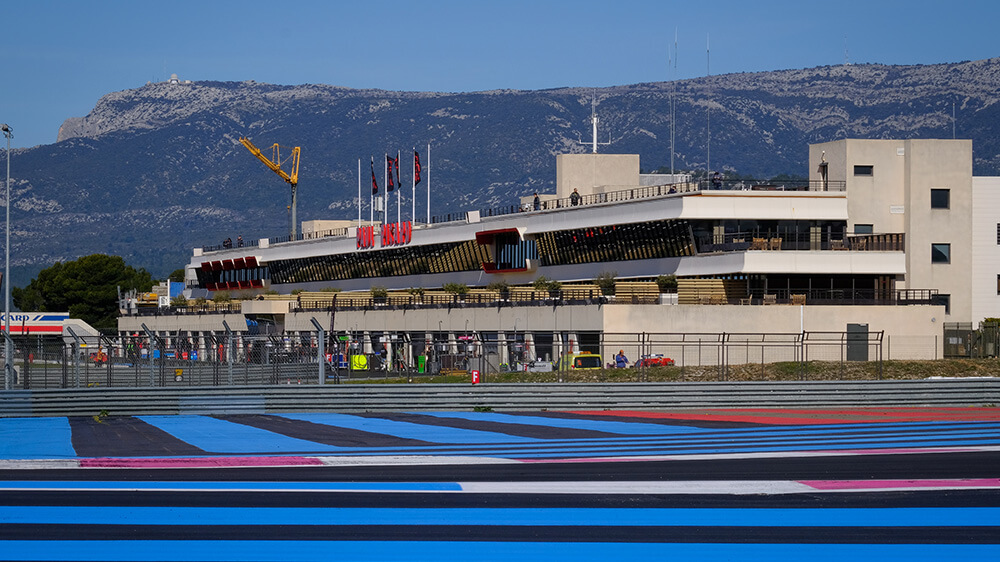 Le grand retour
When the French Grand Prix makes its return this month, it will do so at Circuit Paul Ricard, which last hosted Formula 1 in 1990. As you might expect after an absence that long, there has been plenty of work necessary in the build-up…
Paul Ricard is an extra special case, however. When Paul Ricard himself (the man who funded the building of the track) died, the circuit was sold to Bernie Ecclestone, who oversaw its redevelopment into an advanced test track. For 10 years, up until 2009, hardly any races were held there, and none that permitted spectators.
In recent years, races have been held more regularly – including in the Blancpain GT Series – but none that attract quite the crowd that an F1 race does. So, one of the biggest tasks for those who own the track has been to increase grandstand spectator capacity, from 10,000 to more than 40,000. A maximum total attendance has been capped at 65,000 (still lower than most European races) to avoid any issues.
A much harder job has been to try and improve the access to the circuit: a problem that already existed back in the 1980s. Although some plans are in place to manage the inevitable jams – including opening up roads normally closed to traffic and implementing a circular one-way system around the track – the basic road layout remains essentially the same.

Testing, testing
The Blancpain GT Series race at the start of June – three weeks before the grand prix – provided a good opportunity to check out how preparations were going. The size of the task to expand the capacity was clear, with work still ongoing to raise and cover the existing grandstand area on the main straight opposite the pits.
Four other grandstand areas have been created at key points around the circuit: at the Sainte Baume complex of corners at the western end of the track, at the new chicane on the Mistral Straight (which is likely to be one of the most popular overtaking opportunities), around the double right-hander of Le Beausset, and at the tight final corner that leads onto the pit straight. The cars are expected to approach the Mistral chicane at around 343kph, making sure that the straight remains the traditional playground for the last of the late brakers, as was always the case.
There have been changes to the track itself, too, with three of the corners being reprofiled. The first corner is one of those that has been changed, with the turn being opened up to make it quicker. Turn 5 has been widened, increasing speeds, as has the final corner, where multiple lines will be possible leading onto the straight. The idea behind this is simply to encourage overtaking by offering more places to go.
The asphalt was also resurfaced over the winter, making it faster and reducing tyre wear as well as degradation. This has already had a significant effect on the GT cars, and it will probably only be magnified in Formula 1.
Media will be able to report on it all from a brand new media centre, and there’s also a completely new paddock for Formula 2 and GP3: which also takes place at Paul Ricard. These people all have to sleep somewhere, so many of the surrounding campsites and local hotels have been upgrading their facilities (and, no doubt, their prices). But this is Formula 1 after all.

Keeping it Klein
One of the winning drivers of the thrilling Pirelli-supplied  six-hour Blancpain GT race at Paul Ricard recently was Christian Klien, who raced in Formula 1 for Jaguar and Red Bull between 2004 and 2006, and later for HRT in 2010 after also serving as a test driver for Honda and BMW Sauber. These days, he combines his Blancpain GT duties with commentating on F1 races for Austrian television.
Having done many laps of Paul Ricard back when F1 used to test there regularly, and now having mastered it in his Lexus LC F GT3, who better to ask about the changes?
“There’s definitely a lot less degradation,” Klien says. “Very little, actually. There’s higher grip, in general. As for the changes they made to the track, at Turn 1, the first chicane is a little more open, which makes it a bit faster, a bit more flowing. You used to do it in second gear, now you can carry a bit more speed and be in third gear.
“I don’t understand the changes that they did to Turn 5 and the last corner, because in a GT car, you don’t use the extra space that you have on the left. With a Formula 1 car that has more downforce, yes, I guess they will use it, but I don’t know whether it will make the racing more interesting.”
It remains to be seen how the first F1 race at Paul Ricard for 28 years will pan out, but if it’s half as good as the Blancpain GT race was, it will be a good spectacle for all those who take their seats in the new grandstands. Unusually though, they might be needing their umbrellas. Paul Ricard may be renowned for sunny weather, but in the days leading up to the grand prix, conditions took on a distinctly wet look…