How Bentley became the best of British GT

“If at first you don’t succeed, try, try again” 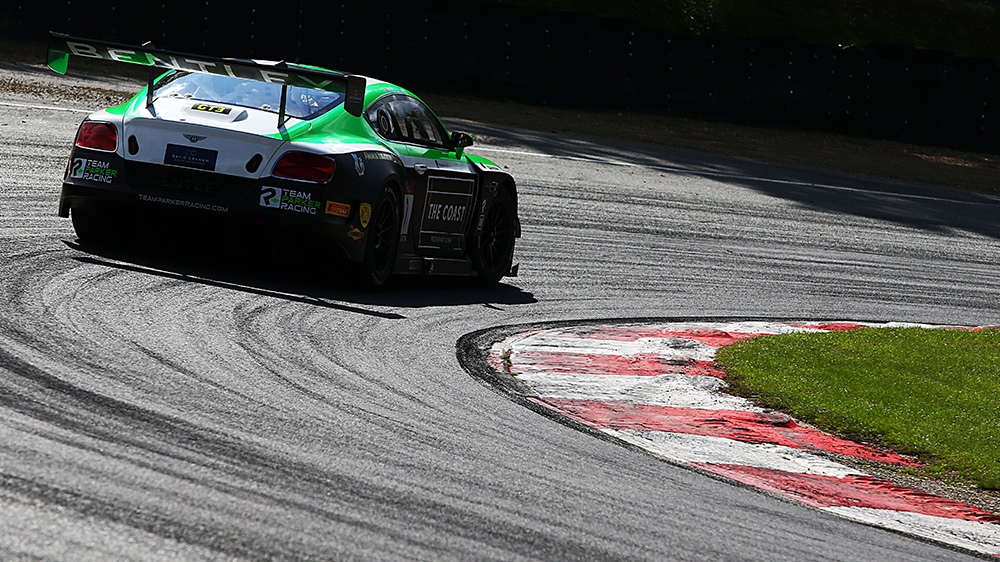 It’s a mantra that applied well to both of the main contenders in this year’s British GT Championship.

In 2016, the first year of Pirelli’s exclusive supply to the series, it was Derek Johnston and Jonny Adam who won in their Aston Martin Vantage GT3. Although still in contention at the final round, the pairings of Jon Minshaw/Phil Keen and Rick Parfitt Jnr/Seb Morris ultimately had to settle for second and third respectively.

All three crews would return in 2017 to contend for the title, driving the same cars for the same teams.

For Minshaw, Keen and their Barwell Motorsport squad, 2016 was spent getting to grips with their new steed: the Lamborghini Huracan GT3. After taking three wins in the second part of that season, it wasn’t too much of a shock when they began 2017 in perfect fashion with a double victory at Oulton Park.

Could they be stopped? Parfitt Jnr and Morris certainly hoped so. In his first year of GT racing after switching from single-seaters, Morris in particular showed speed in the Team Parker Racing Bentley Continental GT3 throughout 2016, but he and Parfitt Jnr had just one win to show for it.

The 2017 season didn’t start brilliantly for them in the two Oulton Park races, but Morris and Parfitt Jnr bounced back with victory in the season’s first two-hour enduro at Rockingham.

Next came two more one-hour sprint races at Snetterton. Minshaw and Keen returned to the top step in race one, but they couldn’t repeat their double from the same circuit last season, with Johnston and Adam instead finally getting off the mark for TF Sport in race two.

Back in endurance mode for the Silverstone 500 and it was the ‘Bentley boys’ back on top, before the ‘Lamborghini lads’ took the first of the two Spa sprints in Belgium. Race two was won by a Bentley, but it was the sister car of Ian Loggie and Callum MacLeod – just reward for MacLeod’s speed after he set new series lap records on the Pirelli P Zero DHD tyres at both Oulton Park and Silverstone.

Therefore, it was Minshaw and Keen that headed to Brands Hatch for the penultimate round in the championship lead, but Parfitt Jnr and Morris put that right by making it a hat-trick of endurance victories for Bentley. Going into the final round at Donington Park they had a 10.5-point advantage, and they did enough in the last race to seal the championship crown. Johnston and Adam won the final race, but 2017 was somebody else’s year.

“I honestly never thought I would be in GT3, let alone be GT3 champion,” said Parfitt Jnr, who became the first driver to follow a GT4 title with one in GT3. “This is something I will absolutely cherish for the rest of my life. It is without doubt the most competitive domestic GT series in the world. To win here, you have to be bloody good and you have to be consistent. Team Parker are a fantastic team. Seb is a fantastic team-mate.”

One of the beauties of British GT is that it has two classes, and so two championship battles to follow. GT4 is becoming increasingly popular for young drivers as a way into the discipline, and in 2016 Graham Johnson and Mike Robinson defeated a number of youngsters to claim the prize in their Ginetta.

The 2017 season would be the year when the kids took over in GT4. Back-to-back wins at Rockingham and Snetterton made rookies Will Tregurtha and Stuart Middleton – both just 17 years old – the drivers to beat in their HHC Motorsport Ginetta.

Alex Reed, one of the stand-out newcomers of the previous season, returned in a similar Ginetta for Lanan Racing with a new team-mate in David Pittard. They pushed hard but couldn’t stop Tregurtha and Middleton from taking the title at their first attempt.

Just as in GT3, the 2016 champions ended a trying season with victory, justifying Johnson and Robinson’s mid-season switch from the Ginetta to the McLaren 570S GT4. Adam Balon and Adam Mackay used a similar car to win twice, while Ciaran Haggerty and Sandy Mitchell also took a victory.

Jan Jonck and William Phillips ensured that Aston Martin was a race-winner in GT4 as well as GT3, but one of the most memorable performances of the year came when the Maserati GranTurismo MC GT4 won twice from the back of the grid in a cameo performance at Spa with Charlie Fagg and Matthew Graham behind the wheel.