We’ve recently been covering the birthdays of some of the great champions. Today, we celebrate a birthday that’s even more special 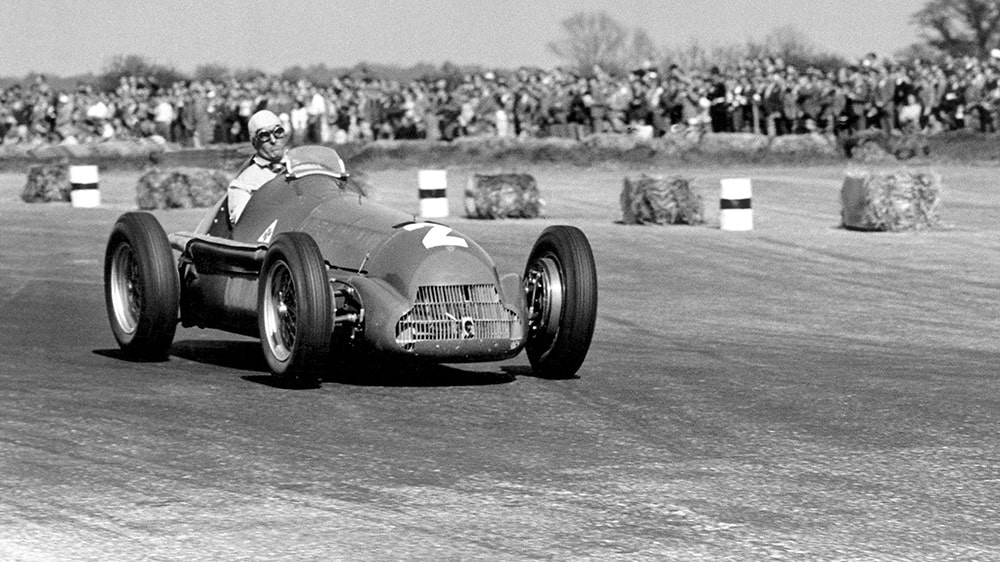 More than seven decades of history

Today – Wednesday 13 May – marks a special birthday of champions. Because it’s not just one champion we’re talking about: instead 33 of them. That’s the total number of drivers who have won the Formula 1 World Championship since its creation, and today the pinnacle of motorsport celebrates its 70th birthday.

The story of how it all began, at Silverstone on Saturday 13 May 1950, is well-documented with Giuseppe Farina winning for Alfa Romeo in front of the future Queen Elizabeth II and an estimated 150,000 others, appropriately enough after 70 laps.

The Italian would go on to become the sport’s first champion, starting a lineage that continues to the present day with Lewis Hamilton. A snapshot of the whole history of Formula 1, which has largely centred around Britain and Italy – where all but one of the teams are based (and even the exception has Italian branding: Alfa Romeo, continuing the tradition of Farina).

But what nobody at that blustery airfield called Silverstone 70 years ago could have imagined was the immense global spectacle that Formula 1 went on to become. To the excitement would be added glamour and money, along with standards of technical excellence not seen anywhere else.

To celebrate this rollercoaster history, which has taken in triumph, tragedy, adrenaline, drama and glory in equal measure, Formula 1 is releasing a commemorative film on all its channels next week.

You can watch a trailer right here, which will contain a link to the full film as well. It’s an amazing journey that tells the story from the start, evoking some incredible memories. But we won’t ruin the surprise.

Of course, this isn’t how Formula 1 really wanted to celebrate though. By now, we should have been back from the Spanish Grand Prix and preparing for Monaco, where some fantastic parties would no doubt have been waiting. Six races should have taken place already, and we would probably have some idea of where the title battle was heading: maybe even talking about the chances of a 34th champion being added to that illustrious list in 2020.

But, as became ultimately clear less than 72 hours before the Australian Grand Prix was due to begin, this wasn’t to be a normal year. Instead the 70th anniversary celebrations will be digital rather than physical. Nonetheless – as it says in the film – we will race again.

And what will we see when we get back to racing? The same as we’ve seen for the last 70 years. Wheel to wheel competition. Heroes and villains. Moments of tension, trepidation, and joy. An emotional journey across the globe, uniting hearts and minds in the pursuit of a passion that defies rational description. If you’ve been there for any of those 70 years, you’ll know.

Because while Formula 1 is the most-cutting edge sport imaginable, it’s also rooted in an unshakeable heritage going all the way back to that famous day at Silverstone: where even the future Queen had to turn away from the ground-shaking noise at the start, according to reports of the time.

Pirelli, too, has been a key part of that history. Pirelli tyres were on Farina’s victorious Alfa at Silverstone in 1950, just as they were on Hamilton’s Mercedes at the 2019 Abu Dhabi Grand Prix: still the most recent F1 winner, more than 1000 races later.

That makes a total of 223 wins for the Italian tyre firm – most of which were obviously recorded since taking over the exclusive tyre supply in 2011, which will continue until at least the end of 2023.

Now, onto the next chapter. Enjoy the film.

Read more
Related Stories
Jochen Rindt -
The only posthumous World Champion
race
Mike Hawthorn,
a champion out of time
race
Jacques Villeneuve,
the rising and setting of the son
race
MOST READ
When the reality is more than we ever expected