Austria is famous for many things. And one of them is for having the most spectacular facial hair in motorsport 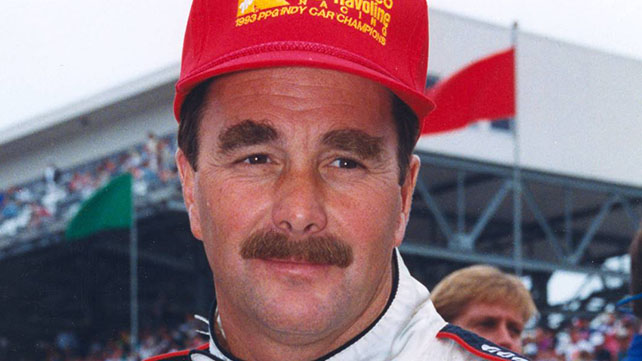 Austrian tradition and facial hair
One of the most notable things about Austria is just how traditional the country is. The women really do wear dirndls – as they have done for hundreds of years in the past – while the men will wear lederhosen even if they are not going to a fancy dress party. And just as traditional as lederhosen in male German-speaking society is facial hair: especially the waxed moustache. It’s a look that’s been generally absent from the world of motorsport, perhaps because of the extra weight and drag that facial topiary inevitably generates. Or more prosaically, perhaps because of the general incompatibility between elaborate facial hair with balaclavas and helmets.  However, there was one notable exception – and unsurprisingly he was Austrian.

The king of beards: Harald Ertl
The possessor of the finest moustache and beard in motorsport was undoubtedly Harald Ertl, from Zell Am See. He started off as a journalist, and this helped him raise enough sponsorship to contest a number of Formula 1 races between 1975 and 1980, with a best result of seventh at the 1976 British Grand Prix. However, he was most famous for two things. Firstly, he was one of the four drivers who bravely pulled fellow Austrian Niki Lauda out of his burning Ferrari at the infamous 1976 Nurburgring accident. Secondly, he had a moustache and beard that would not have looked out of place adorning the face of Kaiser Wilhelm. Sadly, Ertl was killed in a plane crash in 1982 aged just 33, but in his honour – and that of his nation – we celebrate five more of the fastest facial monuments ever to be seen in Formula 1. Harald, this one is for you.

Keke Rosberg
Fought with Nigel Mansell for the prestigious title of ‘fastest moustache in the world’. The Finn maintained his trademark look for the entirety of his Formula 1 career, including, of course, the legendary lap of Silverstone that he completed in qualifying for the 1985 British Grand Prix. At an average speed of 258kph, this stood as the record for the fastest lap in Formula 1 for the best part of 20 years. An avid smoker, Rosberg’s moustache also had the extra bonus of being seemingly flame-retardant.

Nigel Mansell
You can’t speak about moustaches in Formula 1 without mentioning ‘Il Leone”. Just as all lions have manes, this one had his own proud hair swagger: the customary Mansell moustache. He sported it from his youngest days in Formula 3 all the way to his greatest successes in Formula 1. At one point, British F1 fans were even growing their own ‘Nigel moustaches’ in tribute – or sticking on fake ones (often with matching eyebrows) if they couldn’t quite manage the real thing. Samson-like, the only moment when Mansell’s speed was ever questioned was during the brief period when he actually shaved off his moustache.

Graham Hill
As well known as Ertl, Rosberg and Mansell were for their moustaches, they were comparatively late to the game. The original moustache-wearer in Formula 1 was of course two-time champion Graham Hill, who brought the look of the British aristocracy to racing in a way that no other driver has quite managed since. Yes, Jenson Button and Lewis Hamilton – the current British world champions on the grid – have flirted with different styles of moustache. But they still have a lot to learn from the master.

Clay Regazzoni
Another man who appeared somewhat naked without the caterpillar that had seemingly nested on his upper lip. Regazzoni’s moustache looked a little bit like it was borrowed from Magnum P.I. and it accompanied him throughout the good times and the bad, remaining firmly affixed to the popular Swiss driver’s face even after the accident at Long Beach that forced him into a wheelchair. The 1970 Austrian Grand Prix was actually Regazzoni’s first-ever podium – and a rare occasion when he was clean-shaven.

Fernando Alonso
The only proper full-time beard and moustache currently active in Formula 1 belongs to Fernando Alonso (although Daniel Ricciardo once experimented with a Mexican bandit look, which met with mixed reviews). Alonso’s set-up has ranged from the slightly piratical goatee beard to the full moustache and beard that he sports now. Some drivers still occasionally try out a beard for fun (or maybe they forget to shave?) but Alonso is the only one to have remained loyal to the concept over the past few seasons. Thanks to him, the spirit of Harald Ertl lives on in Austria this weekend.

Chase Carey
Expect extravagant moustaches to make a spectacular comeback in Formula 1, as the sport’s new owner is an enthusiastic ambassador for the concept. Chase Carey of Liberty Media sports a truly splendid example of a waxed moustache, complete with curly upturns. It’s been his trademark for a number of years, so expect the fashion to catch on. Given a whisker of a chance, it’s sure to serve the sport pretty well…