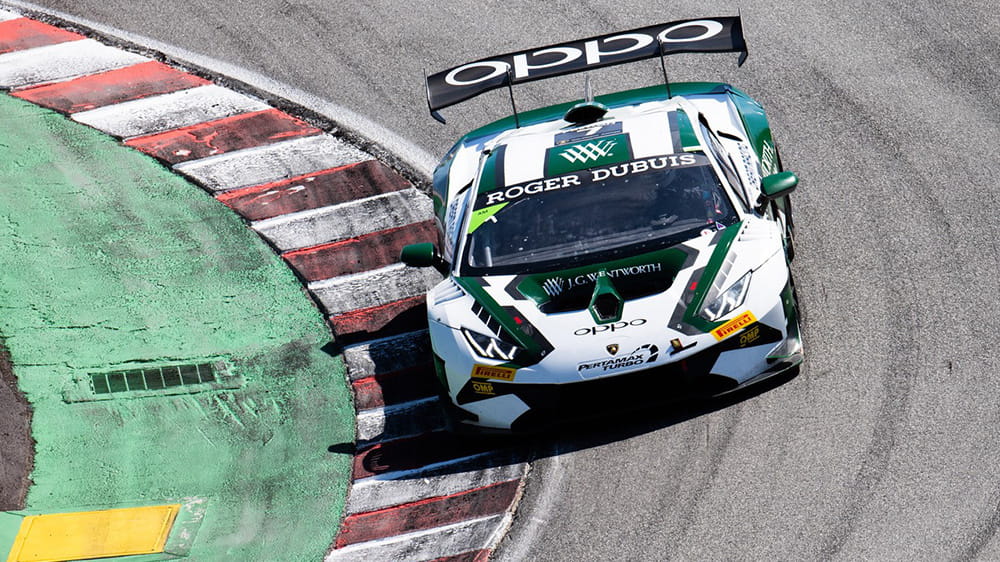 Recovering from a serious injury is perhaps one of the hardest aspects of being a racing driver. Their modus operandi, their passion and their everyday life centres around being in a car. Take that away and it can be a lonely existence until you’re finally back at the wheel.

Sheena Monk knows this all too well. The Pennsylvania native plies her trade in the Amateur class of the Lamborghini Super Trofeo North America championship and recently competed at the season-closing World Finals at Jerez de la Frontera in Spain.

Monk made her racing debut at the World Finals two years ago, at Imola, after fast-tracking herself through Lamborghini’s Corso Pilota driver programme, which began with a simple enquiry at the Pebble Beach Concours that year. Can I become a racing driver? Why not?

But 12 months ago, she faced an altogether different situation. Monk was in a hospital bed, immobilised with multiple fractures following an horrific accident at the penultimate round of the season at Laguna Seca, California. A brake failure in top gear on the approach to the famous Corkscrew corner left the 30-year-old powerless to prevent a head-on impact with the tyre barriers and concrete wall.

The road to recovery

“I had nine fractures and a couple of other issues,” Monk recalls.. “It can happen to anyone at any time, but for me it’s silly to let your life be defined by a couple of seconds of problems.”

She adds: “It was an emotional journey, but I think for me it was a life choice. I asked myself: ‘do you want to sit at home and watch other people doing what you enjoy or do you want to get back out there and face your fears?’ So, I chose the latter and my first race back at Barber Motorsports Park in April was very emotional. I was still in a lot of pain at that point in time. My parents came and it was hard for me to face the car again I guess, face wheel-to-wheel action.”

Monk underwent an intensive off-season training regime in an effort to retrain her muscles and prepare herself for the demands of the Super Trofeo machine once more. It’s been a long season, but the difference between the first race of the year and her breakthrough double podium finish at Virginia International Raceway Monk says, has been “noticeable”.

Back behind the wheel

“We did a manufacturer test day at Barber Motorsports Park before the season started and from a physical stand-point I think it’s important for people to realise where I was at the start of the year,” she said.

“I was able to complete three laps before I was physically too tired and I had to get out of the car. Three laps! We went from three laps to now 30 laps, pushing hard in the World Finals and you know, I was right there with the leaders.”

Piloting the #7 Dream Racing Lamborghini Huracán ST Evo car in the North American championship this year, Monk raced on some of the most iconic American circuits such as Road America, Watkins Glen and of course, the scene of her accident, Laguna Seca.

“So, once I got over that, the fear calmed down a little bit, but then about a month ago going back to Laguna Seca again was really an emotional rollercoaster for me,” she said.

That rollercoaster reached its conclusion in the south of Spain last month, with Monk claiming an impressive fifth place overall in the combined Am/Lamborghini Cup class race. Her aim of progressing up the ladder to eventually break into top line GT3 racing has been given a boost following the most challenging year of her life so far. And her story underlines the obvious point that bravery on the race track isn’t just the preserve of men.

Macau GP,
my name is Earl

A champion
in Macau