Now that the 2017 Blancpain GT Series – exclusively supplied by Pirelli – has come to an end, here are six moments we’ll remember from this year’s championship 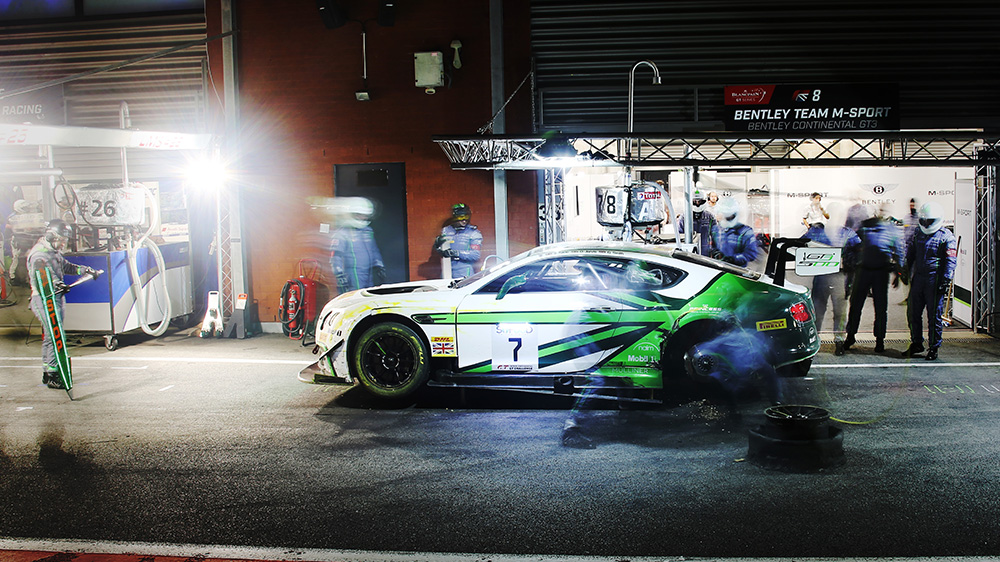 After another action-packed season featuring the world’s most prestigious car manufacturers, it’s all over for one more year on the Blancpain GT Series, which took competitors from Misano in April to Barcelona in October, via some notable venues such as the epic Spa 24 Hours. The Grasser Lamborghini crew of Mirko Bortolotti and Christian Engelhart won the overall title, while Team WRT drivers Stuart Leonard and Robin Frijns claimed the Sprint Cup in an Audi.

A new tyre for 2017
At the start of 2017 Pirelli introduced a brand-new tyre for GT championships all over the world: the P Zero DHD. All the Blancpain series entrants used this slick tyre in dry conditions, while for the wet they had the well-proven WH treaded tyre. The P Zero DHD was designed to work with all the manufacturers on the grid to deliver performance and consistency in a wide variety of conditions, taking over (logically enough) from the previous DHC tyre. Making a tyre that suits everyone isn’t an easy task, as there are many different vehicle architectures on the Blancpain grid, but thanks to a consistent tyre and a well-designed Balance of Performance, teams were able to compete on a level playing field all year. Which meant closer racing for the spectators.

The Green Hell
The Blancpain GT Series races on the modern Nurburgring grand prix circuit, as opposed to the old Nordschleife – famously christened ‘the green hell’ by Sir Jackie Stewart – but many of the same challenges remain. It was here that Leonard, Frijns and Audi were crowned Endurance Cup champions in September, with the German manufacturer claiming its ninth Blancpain title on Italian tyres since Pirelli first partnered with the series in 2013. Mathematically, 14 drivers and four teams could have taken victory heading into the final round – so it was a great achievement.

Celebrity appearances
Top Gear presenter Chris Harris occasionally drove a McLaren 650S GT3 in the Blancpain GT Series this year with Garage 59. The crew made up of Harris, Alexander West, Chris Goodwin and Bradley Ellis finished the Spa 24 Hours in 33rd place, after a series of adventures that including Harris getting his head sliced upon by a man carelessly carrying part of a front wing on the grid. Once stitched up (literally, not metaphorically) Harris was very complimentary about his Pirelli tyres and couldn’t believe the size of the operation at Spa. “It’s like Pirelli has taken over the paddock!” he pointed out. “Pirelli being there is definitely a good thing for the Blancpain championship.”

A Spa break with a difference
The Spa 24 Hours was once more the biggest motorsport event on the calendar for Pirelli and the highlight of the Blancpain GT Series. This year, Pirelli supplied more than 13,000 tyres, along with 24 trucks and 112 people. To sustain this massive effort, more than 4,000 espresso coffees and 1,300 kilograms of pasta were served. Because the Spa 24 Hours is just as much of an endurance test for man as it is for machine. It helps if you like waffles – at any time of day or night.

There’s no place like home
With more than 340 championships supplied, Pirelli is used to racing all over the world – which makes racing at home feel even more special. Monza in April was also the opening round of the Endurance Cup, which was won by the Lamborghini crew of Bortolotti and Engelhart that would go on to claim the overall title at the end of the year. In qualifying, 32 cars were within one second of each other: a new Blancpain record. Pirelli also laid on a special activation area, where spectators could race each on Scalextric sets as well as on a virtual reality track.

Barcelona serves up a fitting finale
Third place for Lamborghini at the final round in Barcelona gave the Italian manufacturer – which fits Pirelli tyres to all its new road cars –  its first Blancpain titles, with both Endurance Cup and overall crowns. The venue is also home to the Spanish Grand Prix, drawing in some of the biggest crowds of the year. While the Blancpain GT Series may be over for now, the most successful drivers are eligible for the FIA GT World Cup in Macau, which takes place from November 16-19 at the legendary Guia circuit. Pirelli will again be supplying all the tyres for the event, so we’ll see you there!

Read more
Related Stories
A Pirelli engineer in miniature at the Spa 24 Hours
race
The toughest race in Pirelli's world
race
More than 13,000 tyres, 112 people and 64 competing cars
race
MOST READ
Jacques Villeneuve,
the rising and setting of the son