The very essence of rallying is big slides on gravel. And that almost redefines the whole notion of grip. Let’s talk dirty… 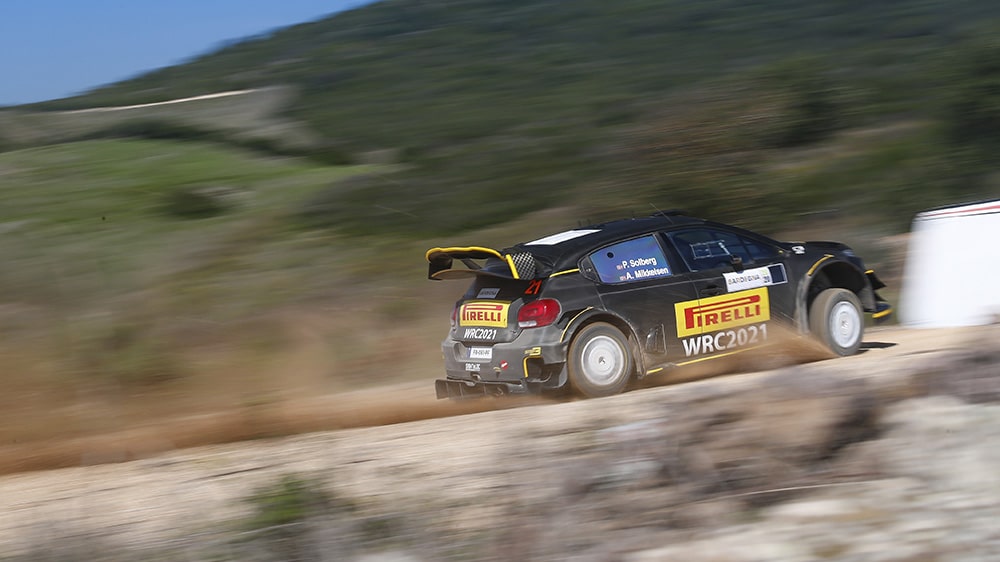 Picture a rally stage. What surface does it have? Is it gravel, perhaps? After all, stages on gravel are a big part of what helps to distinguish rallying from circuit racing, helping the cars to slide.

Gravel is also the most commonly-used surface over a typical season of the World Rally Championship – although the addition of new asphalt events in Croatia, Belgium and Japan has recently created a more even balance, with exactly half of the rallies on the current calendar being held on the rough stuff.

By any measure, gravel tyres play a key role in a WRC season. But the roads they travel over during the course of the year vary considerably. There are highly abrasive, rocky surfaces in warm climates such as Sardinia, as well as smooth, high-speed forest tracks in Finland that are almost like gravel motorways. And the prospect of slippery and muddy conditions is a possibility just about anywhere, such is the unpredictability of rallying.

THE TALE OF THE SCORPION

Designing tyres that can handle all of these different conditions is no easy feat. They have to generate good grip on loose surfaces – but not too much, otherwise the cars won’t slide – must withstand speeds of up to 200kph, retain their performance for stages as long as 50 kilometres and be resistant to all of the potential impacts that can cause deflations.

In the past, the solution has been to develop a wide range of different compounds and tread patterns to suit all conditions, providing drivers with the optimal tyre every time they left service. And this approach is still used in many different rally series around the world. In the World Rally Championship – exclusively supplied by Pirelli from this year – the requirements have evolved over time with attempts to limit costs and reduce the number of tyres being transported to each event. And as a result, that brings the situation closer to what normal drivers on the road face: where one set of tyres has to cope with everything the elements have to offer.

Now, just two different compounds of gravel tyre are available for the whole season. For its return to the WRC, Pirelli has developed the Scorpion KX gravel tyre in hard and soft compounds. Both compounds are available on every round of the WRC: The hard is intended to cope with the most abrasive of surfaces and to provide durability over the longest stages, while the soft provides optimal grip in cooler or damp conditions. But both are designed to be as versatile as possible and to perform in as many different conditions as possible. Check them out on the opening gravel round of the WRC this year: Rally Portugal from May 20-23.

It’s not just the compound that provides the grip on gravel. The tread pattern is designed to clear loose gravel and is asymmetrical, meaning it differs from the inside of the tyre to the outside – the internal part helps with acceleration and braking, while the external part assists with lateral grip through the corners.

Aside from grip, the other major challenge for a gravel tyre are the sharp rocks or other obstacles that can cause cuts or lacerations. For this reason, tyre manufacturers have used rallying to develop run-flat technologies which have also made their way into road car tyres. In the past, Pirelli successfully used a mousse-like material that expanded to replace the air that would escape the tyre in the event of a puncture. Such systems were later prohibited from the WRC on cost grounds, meaning the focus switched to reinforcing the construction of the tyre – especially around the sidewall – to guard against cuts and lacerations.

As a result, Pirelli’s Scorpion rally tyre is able to shrug off the sort of obstacles that would leave a normal tyre in shreds. Despite being driven flat-out…

When Colin McRae put Run Flat technology to the test