What can we expect from all the different GT championships this year? Plenty of action – and some amazing cars – from start to finish 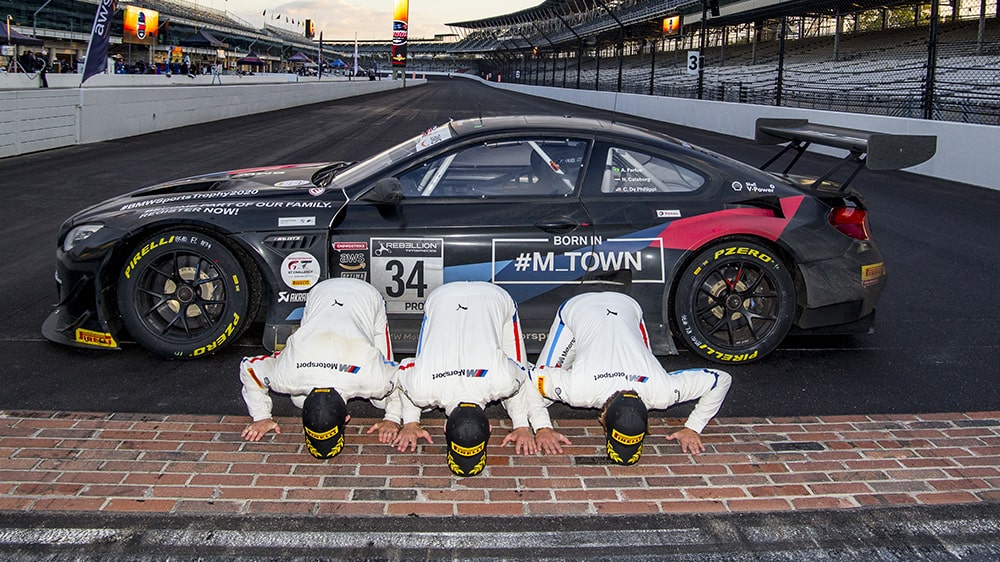 Motorsport’s off-season may not have been as long as it normally is, due to the knock-on effect of the Covid-19 pandemic, but this only means that most competitors can’t wait to get going again.

Despite a delayed start to last season, 2020 proved to be just as fascinating and dramatic as previous years across the world’s various GT championships. The most popular category of GT racing at the moment is undoubtedly GT3, which is reserved for customer racing with the support of manufacturers. The cars are out-and-out bespoke racing machines, but with similar looks to the road-going supercars you find in the showrooms. And that’s at the very heart of the appeal of GT racing.

One of the most competitive and exciting GT championships to look forward to in 2021 is the Pirelli-supplied GT World Challenge (previously known as the Blancpain series), which is split up into various regional series spanning North America, Asia and, new-for-2021, Australia.

GT World Challenge Europe is perhaps the highest quality of these championships, attracting the biggest driving talent and most recognised teams from all over the world.

There are also a number of prominent national championships which are just as hard fought, from British GT to ADAC GT Masters in Germany, as well as Italian GT. There are around 20 manufacturers represented across the spectrum of GT racing, including all the biggest premium and prestige names: Aston Martin, Ferrari, Lamborghini, McLaren and Porsche – to name just a few.

GT across the world and four continents

As has become the norm in GT World Challenge Europe in recent years, the title battle went down to the final round of the season. The overall crown went to the ultra-consistent AKKA ASP Mercedes driver Timur Boguslavskiy, while the Sprint Cup title was won by Team WRT Audi and its duo of drivers, Charles Weerts and Dries Vanthoor. In the Endurance Cup, AF Corse Ferrari won the final race of the year at Paul Ricard to sneak the title, with Alessandro Pier Guidi lifting the driver’s championship.

A cornerstone of the GT World Challenge since its inception is the Spa 24 Hours, and this will again play a major role in the 2021 calendar. The race, always full of drama, entertainment and surprises (as well as a fair share of climate changes) was held in October for the first time last year behind closed doors, which gave it a different atmosphere altogether.

The 24 Hours itself proved to be as action-packed as ever, with several brands in contention for the overall victory. The overall win went to Rowe Racing’s Porsche combination of Nick Tandy, Earl Bamber and Laurens Vanthoor, despite a last-lap gearbox issue which nearly forced them to retire. Rarely has there been a more tense finish.

This year’s GT World Challenge, consisting of 10 rounds split equally between the Endurance Cup and Sprint Cup, gets underway at Monza from April 16-18. Spa, meanwhile, returns to its rightful slot at the end of July. The championship will again be supported by the GT4 European Series, for slightly less powerful cars.

At the top of the tree is the Intercontinental GT Challenge, also supplied by Pirelli, which takes in four rounds on epic circuits all over the world: Spa, Suzuka, Indianapolis and Kyalami. Last year, the drivers’ title was won by the BMW crew of Nick Catsburg and Augusto Farfus, while Porsche claimed the manufacturers’ championship.

At a more local level, there are national GT championships closely fought all over the world: many of which use top-class GT3 machinery. One of the most intense national championship battles to take place last year was in the British GT championship, where the mix of Pro-Am and Silver classes brings the field of drivers much closer together. Barwell Motorsport’s Sandy Mitchell came out on top at the final round, paired with experienced racer Rob Collard, to win the title for Lamborghini. For this season, the emphasis will be on Pro-Am partnerships only as the Silver Cup class has been dropped. Both the main GT3 and lower-tier GT4 championships will again run with Pirelli tyres.

In Germany, it was Porsche and SSR Performance’s Michael Ammermuller and Christian Engelhart who proved the pairing to beat as they stormed to the GT Masters title. Like British GT, GT Masters was packed with some of the best drivers in Europe all doing battle with each other, on Pirelli tyres, and went all the way down to the closing races.

Based primarily in Germany, but with rounds in Austria and the Netherlands, GT Masters is again looking forward to a thrilling season in 2021.

In Italy, the 2020 GT championship was won by the AF Corse Ferrari line-up of Antonio Fuoco, Giorgio Roda and Riccardo Agostini in the Endurance Cup, and Tuomas Tujala and Yuki Nemoto for Sospiri Racing Lamborghini in the Sprint Cup. This year’s 19th Italian GT series gets underway at Monza on May 2 and ends there on October 31, with 10 rounds in total over six different circuits – including a return to Enna Pergusa in Sicily.