It’s not just Formula 1® that captivates race fans in China. The China GT championship, exclusively supplied by Pirelli, goes from strength to strength 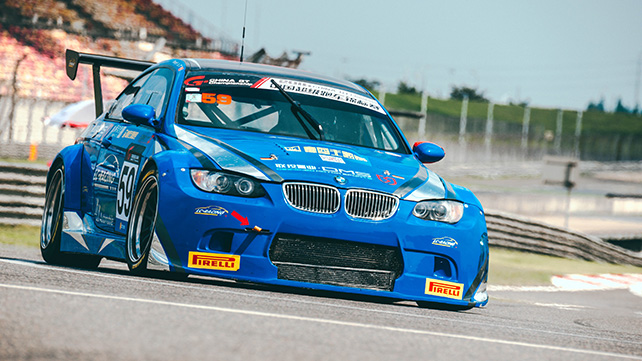 Chinese whispers
Formula 1® has always been able to make people dream, but by its nature, it's an impossible dream. Nobody is ever going to own a Formula 1® car without paying an unimaginable amount of money, and even then, it's going to be an old one.
Ironically, just about the only way to get hold of a modern Formula 1® car is to be a Formula 1® driver already, in which case you might possibly get given a car as a farewell present when you retire, providing of course you’ve had the sort of career that your team wants to commemorate.
But what if you like your dreams a bit more realistic? What if you wanted to equate an amazing racing machine you see on track to something you might even one day own yourself?
There are few car markets in the world as aspirational as China, and with so many local people thinking exactly those thoughts, that’s why manufacturers are keen to exploit this new desire for faster, better and more impressive cars. China has well and truly got over the novelty of motoring for the masses, which is still a comparatively recent development, and now the country’s drivers want more.
And how do you fuel those desires? You put the dream in motion: quite literally. Essentially, that’s the key to the growing popularity of the reborn China GT championship, which has been exclusively equipped by Pirelli since last year.

China GT takes wing, with the help of Pirelli
Pirelli’s arrival helped shape China GT from a loose collection of races with eclectic cars of varying vintages to a professional contest involving the world’s top manufacturers. Suddenly, there were 28 cars, 66 drivers and 11 teams last year, in a championship that took in eight races over four rounds held in three cities.  That might not sound like a lot of cities, but you have to appreciate the sheer size of each of them: Shanghai (home to this weekend’s grand prix), Beijing, and Chengdu.
To put it into context, the latter has the lowest population of the three, at a mere 14 million people (including the surrounding metropolitan area). The reach of urban professionals that the stakeholders involved in China GT can access is phenomenal.
In total, there were 325,000 spectators at the events last year, and millions more watching the live stream from every race. That’s no exaggeration: the total number of online spectators numbered approximately 1,850,000 over the course of the year, with 650,000 of them watching the final in Shanghai alone.
The manufacturers represented in China GT now include Aston Martin, Bentley, BMW, Ferrari, Lamborghini, Mercedes and Porsche. With the Chinese market for premium and prestige cars growing at an even faster rate than that for more mainstream models, it’s easy to see why the championship’s popularity has snowballed. Audi and Porsche, for example, have already organised their own single-make competitions within the series. And others are set to follow.

What’s in store for 2017?
This year, the China GT championship consists of six rounds in six cities, starting in Beijing in May and ending up in Zhejiang (near Hangzhou, with the province home to 54 million people) in October. To make everything easier and more inclusive, China GT has also adopted Blancpain GT Series regulations and balances of performance, which means that teams from all over the world can participate without having to adapt their cars. For the first time, GT4 cars will be admitted too, boosting grids even further.
Another big incentive is the prize money, which totals seven million RMB this year, roughly equivalent to a million US dollars. The more you look at all the numbers connected with China GT, the more staggering they become.
At least the way that the tyre rules work is simple enough. China GT will use Pirelli’s tried and trusted P Zero tyres as seen on the Blancpain GT Series, which were developed with the help of Formula 1® technology.
There’s just a single compound, which is designed to work well on every model of car at every circuit. So it’s not just motorsport that’s expanding in China, but also the prestige product that connects all these stunning cars to the road: P Zero. Whether we’re talking about Formula 1®, or GT.

Read more
Related Stories
The heroes of the Blancpain GT Series: both human and automotive
race
What is the
Blancpain GT Series?
race
Drivers and cars
with stories to tell
race
MOST READ
Getting the show
on the road