Graduating from the Academy

The Ferrari Driver Academy has proved to be a landmark programme, setting many youngsters on the road to stardom 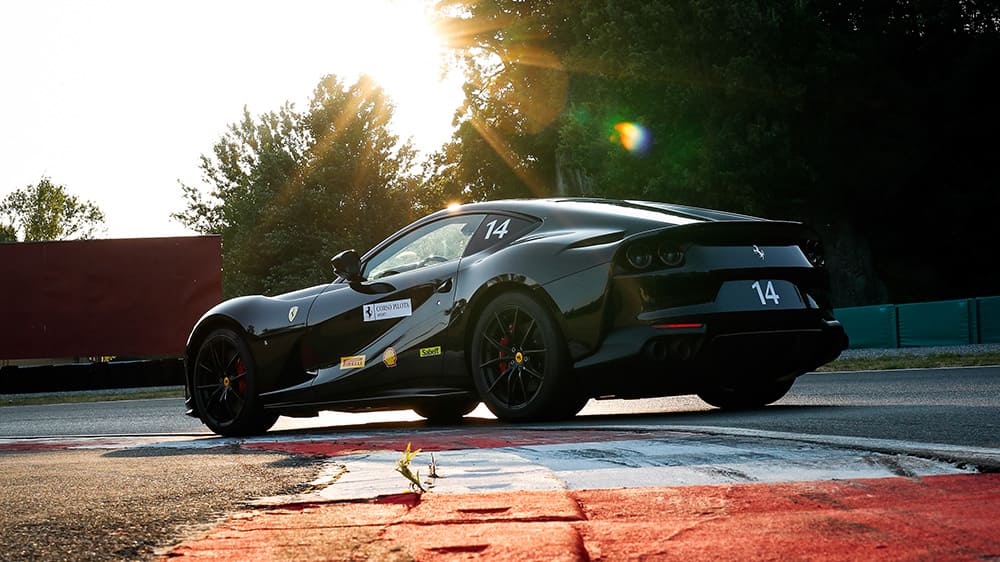 The man who started it all

Enzo Ferrari, the man who founded the most famous team in motorsport, once said: “I love to think that Ferrari can make drivers as well as cars.”

He was talking about his decision to sign Gilles Villeneuve – a relative unknown at the time – to race one of his Formula 1 cars. Villeneuve had contested just one grand prix, for McLaren at Silverstone, and although he had shown plenty of potential, McLaren passed up on the opportunity to sign him on a longer-term deal.

“Some people called Villeneuve crazy. I said, ‘Let's try him.’” Ferrari stepped in and made Villeneuve his replacement for Niki Lauda, who by then had won two world titles after being plucked from relative obscurity himself. Sure enough, Villeneuve would also prove to be a hit, harnessing his flamboyant, flat-out style to win six grands prix for Ferrari prior to his tragic death at Zolder in 1982.

Later, after Enzo’s own passing, the Ferrari team developed a reputation for being more conservative with its driver choices, usually favouring those with experience and mostly disregarding young drivers altogether. But, seeing how a young Felipe Massa progressed from being team-mate to Michael Schumacher to almost winning the world championship himself in 2008, the management was motivated to do more and established the Ferrari Driver Academy in 2009.

Developing for the future

At the time, driver development programmes were really beginning to bear fruit in Formula 1. In 2008, Lewis Hamilton had narrowly defeated the Massa-Ferrari combination to win his first world championship with McLaren, a team that had nurtured him from the age of 13. Similarly, Red Bull had guided Sebastian Vettel from karts to Formula 1, and their partnership would go on to dominate the coming seasons.

The first recruit for the new Ferrari academy was Jules Bianchi, the newly-crowned European Formula 3 champion. At the end of 2010, Sergio Perez was added to the line-up as he stepped up to Formula 1 with Sauber – although he would depart the setup two years later when he signed to drive for McLaren. It was Bianchi who became the first true product of the FDA to reach racing’s top tier in 2013, but his promise was cruelly extinguished by his accident at the Japanese Grand Prix the following year.

In many ways, Charles Leclerc has picked up where his godfather and mentor Bianchi left off. After joining the FDA in 2016, Leclerc won back-to-back titles in GP3 and Formula 2, and in 2019 he became the first graduate to take up a race seat with the Scuderia.

Leclerc’s performances for Ferrari are testament to the academy’s training structure, which places emphasis on developing a driver’s mental attributes alongside their driving skills and physical fitness. It might just be the coolest school in the world, with the classroom situated right in Maranello itself surrounded by decades of Ferrari history. The headteacher is Marco Matassa: a former Toro Rosso race engineer who worked with the likes of Daniel Ricciardo, Carlos Sainz and Daniil Kvyat during their earliest years in Formula 1.

Turning the dream into reality

If they’re well-behaved and score good grades, the young FDA drivers can even get to drive some of that history and try out Formula 1 machinery on the Fiorano test track – just as Mick Schumacher, Callum Ilott and Robert Shwartzman got to do in 2020 while competing for the Formula 2 title.

Having claimed that championship, Schumacher is now racing for the Haas team in Formula 1, while Ilott is a reserve driver for Alfa Romeo as well as racing Ferrari GT cars. Shwartzman has returned for a second season in Formula 2 together with Marcus Armstrong, who has also had a chance to sample an F1 car at Fiorano. The FDA is also represented in Formula 3 by Arthur Leclerc – the younger brother of Charles – and in Formula Regional by Dino Beganovic.

The FDA continues to welcome new pupils from around the world. Partnerships have been established to discover new talent in the Latin America and Asia Pacific regions, and for 2021 the academy welcomed young Australian karter James Wharton to its ranks. It has also linked up with the FIA Girls on Track Rising Stars programme to support female driving talent, awarding Maya Weug with a place on its programme and a drive in the Italian Formula 4 Championship. All of them with dreams of replicating Charles Leclerc’s path and drive for Ferrari in Formula 1.

Read more
Related Stories
Here's how you become
a Ferrari driver
race
How much do you know about the F1 season finale?
race
3 stars from FIA to help the environment
race
MOST READ
F1 GP: A new era