Getting the show
on the road

The first round of the 2020 international motorsport calendar? Not Melbourne or Monte-Carlo, but Birmingham 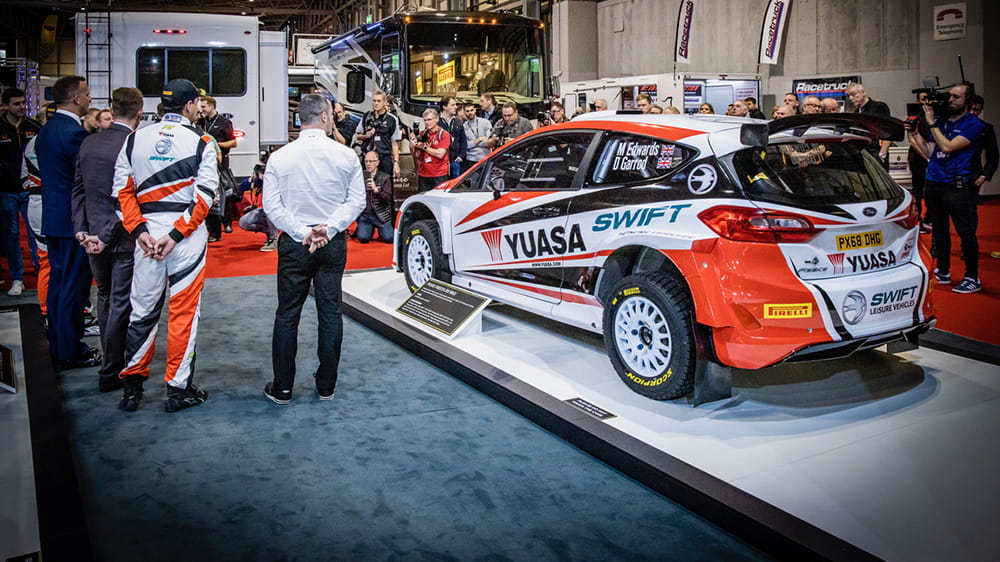 Mention the Autosport International Show to anyone in Britain – actually, make that all of Europe – and motorsport fans will know exactly what you are talking about. Now in its 30th year, the show is the unofficial start of the motorsport season, and the 2020 edition certainly lived up to expectations, with Pirelli playing a leading role on its prominent stand.

Attracting 400 exhibitors from all across the industry for the show’s trade days, plus around 65,000 public day visitors, the Autosport show is a staple of the racing calendar. This year’s star attractions on the driving front included Ferrari’s Charles Leclerc and McLaren’s Lando Norris in Formula 1, as well as the all-new M-Sport World Rally Championship line-up of Esapekka Lappi, Teemu Suninen and Gus Greensmith.

M-Sport used the show to unveil its latest Fiesta World Rally Car livery – inspired by Francois Delecour’s iconic 1994 Ford Escort colours. From next year, all the World Rally Cars will run on Pirelli tyres, underlining the Italian firm’s status as the number one tyre brand in motorsport.

Over on the Pirelli stand itself, there was an R5 Fiesta, which will compete on the British Rally Championship next year with its Italian rubber. British driver Matt Edwards is aiming for a third consecutive title – which nobody has ever achieved before. But that wasn’t the only piece of news on the Pirelli stand.

From Formula 2 to Formula 1

Pirelli’s head of F1 and car racing Mario Isola was on hand to reveal the new 18-inch tyres that will be used in the FIA Formula 2 Championship this season. Noticeably bigger than their 13-inch predecessors, the new rubber has been introduced a year before F1 in order to give drivers experience of the new size prior to stepping up the ladder.

It’s an interesting decision and one that makes a lot of sense. Experience, as everyone knows, is paramount in motorsport and the more knowledge you have, the better prepared you will be to hit the ground running.

There are some notable challenges, however. Larger wheels also mean smaller sidewalls, affecting suspension and handling. The result of this? New data, a whole new feeling and a clean slate for the teams to work from. It’s sure to make this year’s F2 season one of the most exciting and unpredictable yet, before 18-inch tyres arrive in Formula 1 next year.

Always a popular attraction for the thousands of public day visitors is the array of Formula 1 machinery on display. Very rarely do F1 fans get up close and personal with the cars they watch pounding around some of the world’s most famous circuits, and this is a superb opportunity to not only see them in the flesh, but also appreciate just what amazing and colourful beasts they are. Some of the most incredible cars are the emblematic machines from the past – such as the Porsche 917 Le Mans car, for instance.

The great thing about the Autosport show is that there really is something for everyone. Not only can race fans meet their heroes, but there are also extensive memorabilia stands, selling everything from rare books to antique petrol pumps to exclusive watches. There’s a classic car auction and a live action arena too, meaning that visitors can see cars in action as well as on display. And they can also get to add to their autograph collections by rubbing shoulders with famous drivers.

There’s a serious side to it as well as all the entertainment, with universities and engineering firms demonstrating their latest innovations, as well as providing a forum for people involved in motorsport to do business. Lots of drivers come to the Autosport show looking for sponsorship…and some even come away with a successful deal.

On the main Autosport stage, the leading players in motorsport are interviewed at length throughout the four days of the show – including Mario Isola, who also took a turn behind the microphone to chat about Pirelli’s plans in racing and rallying.

But enough talk. Now the 2020 action can really begin.

Read more
Related Stories
How to get ahead
in GT racing
race
GT, Monk’s incredible story
of facing fear
race
The car
in front
race
MOST READ
Italy expects as the new Luna Rossa sets sail