From the racetrack to the road: The Superbike formula - a revolution which has led the way for others

Designing racing tyres which can bring the best technology onto the roads; this is the heart of the partnership between Pirelli and the Superbike Championship, the first single tyre supplier agreement for a world championship 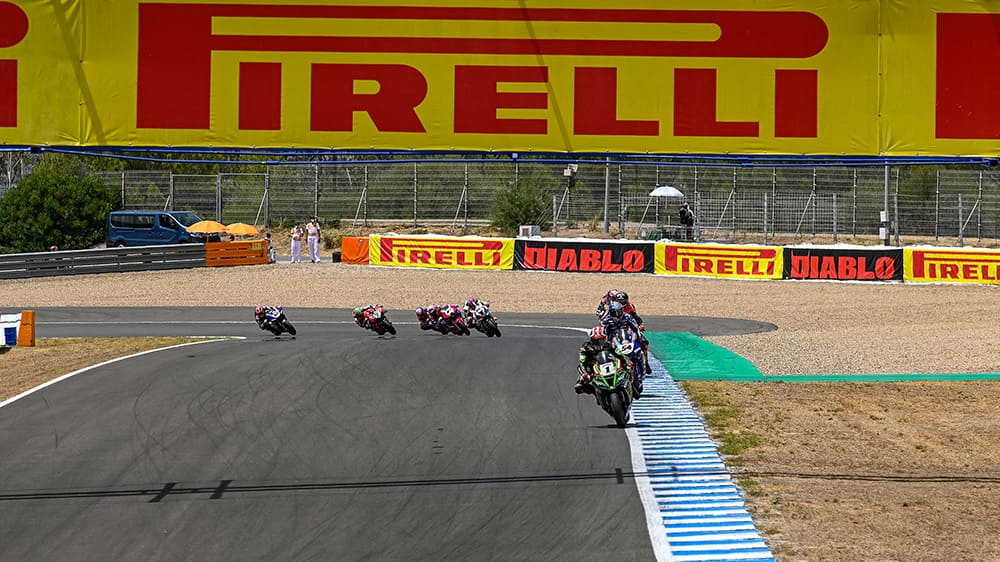 Starting with the 2004 season, which saw James Toseland win on board his Ducati, and now extended until 2023, the technical collaboration between Pirelli and the MOTUL FIM Superbike World Championship is continuing more closely than ever, and boasts first prize for the most long-standing single tyre supplier agreement in motor sports history.

For 17 years, Pirelli has been accompanying the riders and teams of the Championship around racing tracks the world over, in its capacity as the official supplier of tyres for motorbikes derived from standard production models. A philosophy which allows the company to offer its own clients the same technologies and the same materials as those used in the competitions.

Innovation, evolution and change have always been interwoven throughout Superbike history. The first years of the Championship were characterised by the joint presence of various suppliers which made it difficult to understand the true potential of both bikes and riders. In 2003 came the decisive turning point. Giorgio Barbier, the manager for Racing Moto Pirelli explains; “the strength of will of the FIM (International Motorcycling Federation) was to take the Championship into a truly competitive arena where the primary requirement was to guarantee an equal service for everyone, and the secondary one was to provide a product which was the same for everyone”. In the wake of this was created the single tyre supplier formula. Suggested by Pirelli with an initial objective of limiting the management costs of the Championship, this proposal also resulted in the company securing sole supplier status for the tyres. From that moment onwards, the riders had the same chances of competing for victory thanks to a matching supply for everyone.

Over the course of the years the Superbike Championship acquired a strategic importance; the racing activities came to be used by Pirelli as a privileged development platform for materials which were then introduced onto the market. As Giorgio Barbier explains “By being able to count on a continuing evolutionary process in every single competition and season, Pirelli has been in a position to improve its product which can then be made available either through sale or via competitions.” It is an extremely high-performance product but one which is also suitable for the amateur rider market and which has been fine-tuned with the help of Superbike champions.

Whilst the competitions serve to develop solutions which can be applied on the road, the road becomes a point of reference for the races; the same measurements, the same tyres, just a slick tread and higher-specification compound.

In 2013 Pirelli took another stride forwards in the arena of standard production-derived models. It was these that led to certain technical choices such as the move away from the customary 16.5” rims, until then the dimension of reference, to the new, even better-performing, 17” Diablo Supercorsa tyres. This is how the Pirelli motto “We sell what we race we race what we sell” can once again be seen to be translated into reality.

“The choices which we have made in the Championship are derived from our desire to ensure that our industrial product remains as close as possible to the market and is sustainable by necessity: a tyre you can race with at the highest level but which is also available from your usual local tyre retailer” explains Barbier. And for motorcyclists who take their passion for two wheels out on the road or on the racetrack during those days dedicated to fans, it means being able to count on this experience at Pirelli, from the Superbike Championship to the road-going product, bringing them safety, performance and versatility of use.

Read more
Related Stories
The freedom of
the open road in Tuscany
race
Walter Villa: the mechanic became the champion
race
Carl Fogarty:
the eyes have it
race
WANT TO KNOW MORE