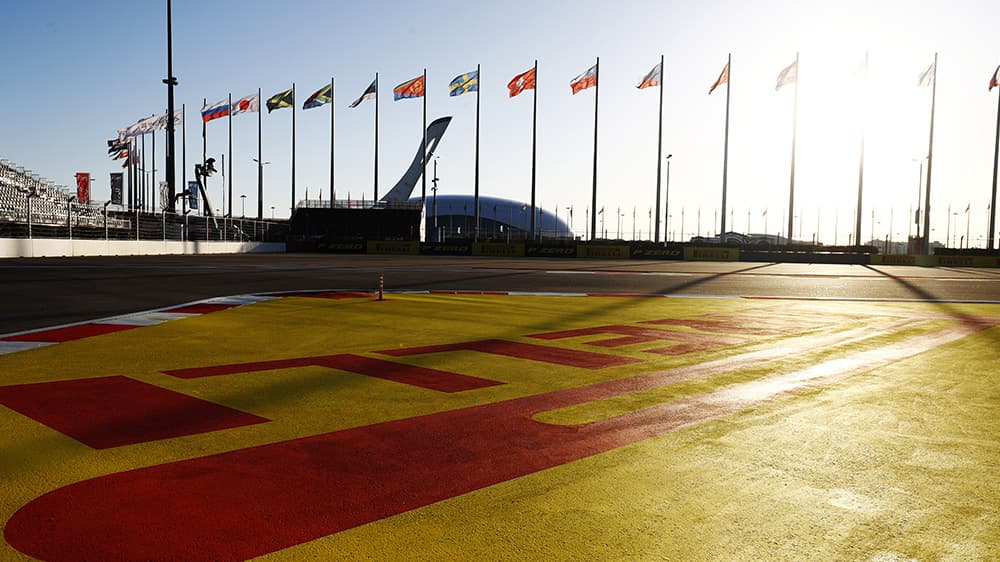 Six races, three continents, and a plethora of different time zones, criss-crossing the globe in nine weekends. This starts off with a back to back weekend that’s completely new for Formula 1: from Russia straight to Japan (previously, it’s been the other way around). Think of it as Formula 1’s Transiberian express, but most of all as a showcase for the striking differences between two races that could not present a bigger contrast.

Let’s start off with the circuits themselves: Sochi and Suzuka. The Japanese track was originally a vehicle testing facility – albeit a very large one – and is still the only figure of eight circuit in grand prix history. Russia, by contrast, is smooth and slippery, with only one corner that is truly worthy of the name: the famous Turn 3. Suzuka always gives plenty of grip and constitutes an enormous challenge; especially through the ultimate test of bravery that is 130R. These days, with modern aerodynamics, it’s taken flat-out, but in previous years it made every single lap an adventure.

Then there’s the history, of course. Rather than Suzuka, the Fuji circuit (in the shadow of Mount Fuji) hosted the very first Japanese Grand Prix, in 1976. This was a heroic year: the season in which Niki Lauda was badly burned at the Nürburgring  but then miraculously came back for Monza, his wounds still bleeding underneath his crash helmet. The title race went down to a torrentially wet finale in Japan, with Lauda’s arch-rival James Hunt eventually claiming the championship by just a single point. In Japan, 42 years ago, Formula 1 was already a passion that gripped the country. Ferrari and McLaren – the championship protagonists – may have come from different corners of Europe, but they ignited the same depth of feeling in Japan, ensuring that the grandstands at Fuji were packed for the decider.

A new venue, Suzuka – which belonged to Honda – welcomed Formula 1 in in 1987 and has continued to host the Japanese Grand Prix in a more or less uninterrupted sequence ever since. There was only a brief respite In the early 2000s, when the action returned to Fuji, but then it was Suzuka again. The fan base is unparalleled: grandstands are always full, and there’s a permanent army of enthusiasts who proudly (and inventively) wear the colours of their favourite team or driver. Hand-made costumes and flags often accompany them, earning the respect and admiration of the drivers who happen to spot their biggest fans.

The Russian approach is somewhat different, even though Sochi doesn’t completely encapsulate the traditional stereotype of the former USSR. The climate is different for a start: there’s none of the cold weather that you’d expect to be creeping into Moscow by the end of September. In Sochi, on the northerly shore of the Black Sea, tropical plants pay testimony to almost year-round spring weather. If it doesn’t rain. the days are warm and temperate. A bit like the Russian fans themselves, who come to the event mainly for a social occasion and to participate in an international event rather than for any real automotive passion.

There’s also a different level of feeling that pervades these two circuits and races. Suzuka and the Japanese Grand Prix is all about powerful emotions. It’s a tricky layout with hard-fought battles; massively technical to drive, pushing drivers right up to – and occasionally beyond – the limit. That’s without even considering the intense rain storms that can quickly become enormous floods. Sochi, instead, is all about sliding. Even four years after the track made its world championship debut, the asphalt in the Olympic Park at Adler isn’t abrasive at all. The tyres, put through a proper work-out in Japan, are hardly stressed in Russia. There’s little grip, so to enhance it, there’s always a focus on the softest compounds. For this reason, following a first appearance for the ultrasoft in Russia last year, this time it's the turn of the hypersoft to take centre stage at Sochi, which so far has only been seen in Monaco, Montreal and Singapore.

Read more
Related Stories
Japanese Grand Prix -
Exploring the land of the Rising Sun
race
When Monza
turns red
race
Silverstone: a king that won't abdicate
race
MOST READ
Getting the show
on the road