From F1 to the electric smart: Pirelli in over 450 motorsport championships 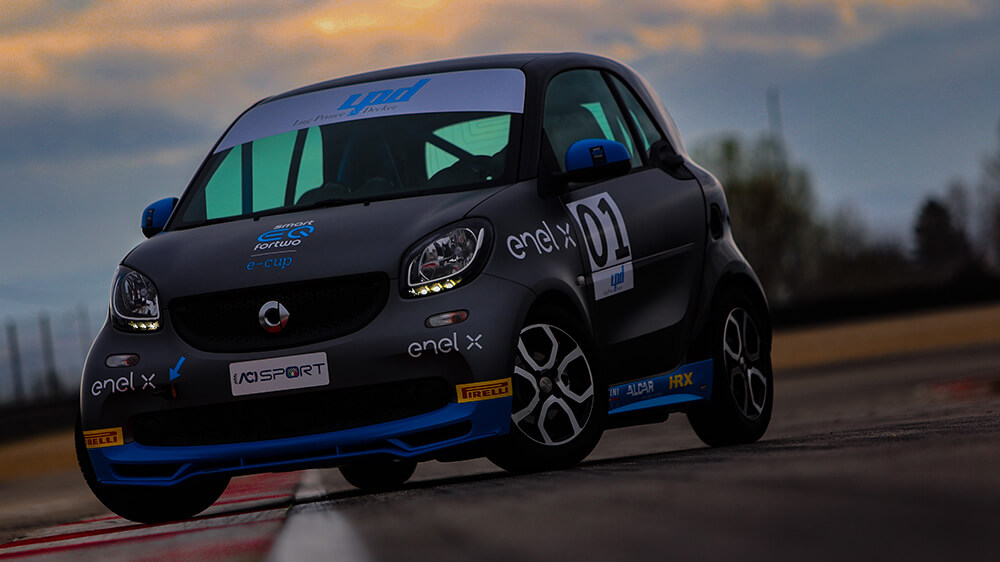 Can street-legal tyres be used to kit out racing cars? Yes, they can, if they are Cinturato P1 Verde, the official tyres of the Smart EQ fortwo e-cup championship that will be starting on June 10. Not a racing evolution, these are the tyres that all motorists can buy from their local tyre fitter.

The most recent championship fitting Pirelli tyres is remarkable for another reason, too. It is the one with the smallest cars. The races will also be quiet because the race cars are electric. The Smart EQ fortwo e-cup is an all-Italian single-make in five stages on race tracks and on city courses. The championship will kick off in Turin (June 10) before heading to Misano (June 24), Milan (July 22), Vallelunga (September 16) and Mugello (October 28). The championship is sponsored by Mercedes with which Pirelli has enjoyed a time-honoured partnership and has been chosen to open to the electric car segment, which is gaining more and more interest on the market.

For its debut in zero-emission racing, Pirelli has chosen a street-legal tyre with a green flair for the sporty Smart, namely the Cinturato P1 Verde, designed and manufactured to optimise the work performed on materials, structures and tread pattern to the benefit of saving, eco-friendliness, comfort and safety. In races, too. After having tested the Smart EQ cars with P1 Verde tyres, the organiser found that they were the most suited for the single-make championship.The technologies applied to the Cinturato P1 Verde, developed in partnership with auto makers, enhance the eco-compatible features of the cars themselves. The aerodynamic sidewalls of the P1 Verde which paired with light weight boost energy-efficiency and to exploit the battery pack better as a consequence. Furthermore, the low sound emission level sits well with silent electric car driving.

While major motorsport categories are still dominated by internal combustion engines, even if associated with hybrid units like in F1 (for which Pirelli has been Official Supplier since 2011), electric solutions are gaining momentum and the choice to step into this sector with a car derived from standard production is not by chance. The development of tyres for electric cars is a new area for the Pirelli R&D team and motorsport experience is the key for studying new technologies to take to the road and also to test tyres on the field in exceptional conditions.

The Smart EQ fortwo e-cup is the first Italian single-make championship for electric cars and debuted with a parade at the Formula E stage in Rome were cars and trophy where presented. One of the particularities of the rules is the decision of the organiser LPD Italia to open to drivers aged 16 years up; this strategy was appreciated by Pirelli that has chosen in the past to support specific championships for up and coming drivers, like the Junior world and European rally championships. The technical rules of the single-make championship include reducing the weight of the Smart EQ from 900 to 780 kilograms; furthermore, the race cars will fit certified roll bar and racing seat in addition to a specific suspension and aerodynamic kits.

Although electric races are a new of interest, motorsports have always been a key element of the consolidated tradition of Pirelli which is currently present in over 450 championships. Rallies, GT competitions and not the new zero-emission chapter.