Frank does it
his way 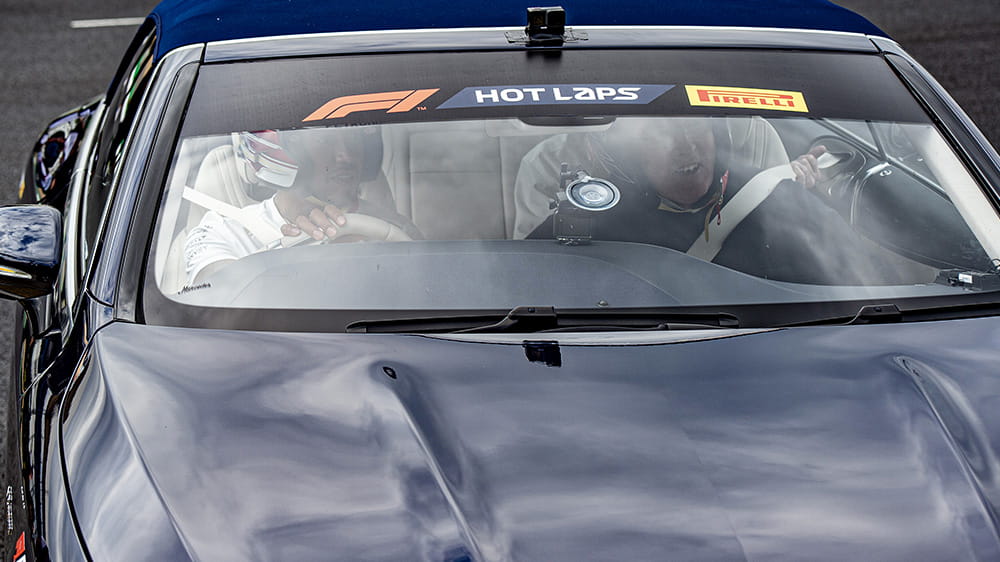 Sir Frank Williams took to the track at Silverstone as part of the F1 Pirelli Hot Laps programme, driven by Lewis Hamilton in an AMG-Mercedes S63. For Sir Frank, the Silverstone weekend was a particularly significant one, as not only was he celebrating 50 years as a Formula 1 team boss, but also the 40th anniversary of his team’s first win, at the 1979 British Grand Prix.

Back then, Silverstone was essentially seven fast corners linked by six straights, with the Williams of Alan Jones claiming pole position in just a minute and 11 seconds. But that wasn’t the Williams that won. Instead, on lap 39, his engine failed going into Woodcote because of a water pump problem.

This eventually handed the lead to his team mate Clay Regazzoni, who went on to claim the debut victory for Williams. It was the first of 114 wins, with nine constructors’ titles and seven drivers’ titles to follow for the British squad.

Now, 40 years later, Sir Frank was treated to another memorable display at Silverstone – but this time from inside the car, complete with doughnuts and sideways action.

Through the F1 Pirelli Hot Laps programme, Pirelli was privileged to give a small experience back to someone who has given so much to the sport.

Read more
Related Stories
Raging
Bull
race
British Grand Prix:
the fastest corners in F1
race
Silverstone: past,
present, and future
race
MOST READ
Getting the show
on the road