Formula 1 returns to Portugal: history and past events

The last time Formula 1 came to Portugal was back in 1996, with Jacques Villeneuve emerging as the winner. Three venues have hosted races in the country so far: Estoril, Lisbon and Oporto. Portimao will become the fourth 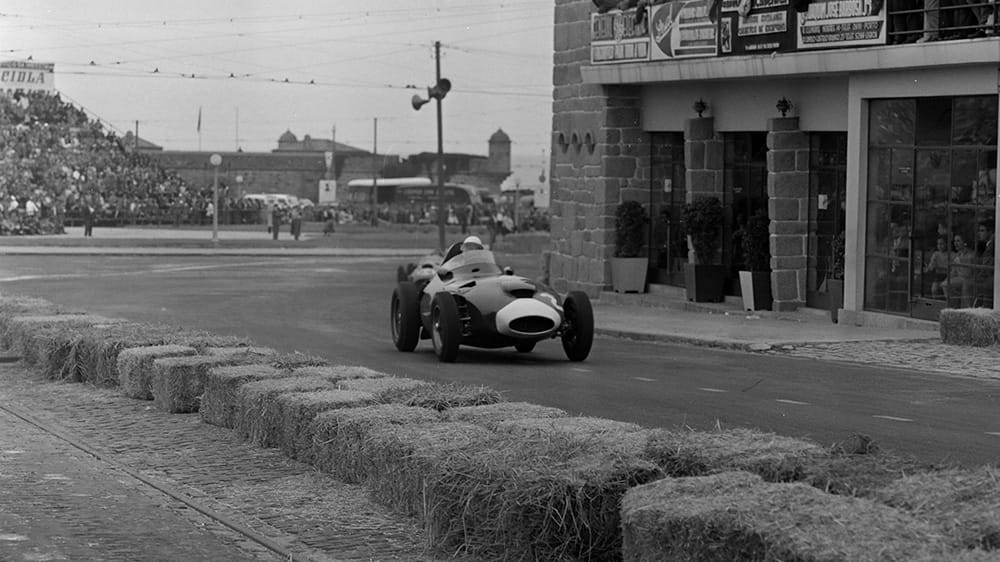 What do we know about Portimao? Although it was finished relatively recently, in 2008, it’s very much in the old school: lots of changes of elevation and 15 very different corners totalling a lap length of 4.6 kilometres (although many other configurations are possible too, as is the way with most modern tracks). And of course, this is the circuit that will – unexpectedly – host round 12 of the Formula 1 World Championship from October 23-25, with the F1 calendar having been extensively reworked as a result of the coronavirus pandemic. Portimao should put on quite a show; thanks also to a wide track that should help overtaking. But the main reason to celebrate is the fact that Formula 1 is once more returning to Portugal: a country with an untrammelled passion for motorsport, where F1 has been absent since 1996. On that occasion, Jacques Villeneuve won the 16th Portuguese Grand Prix for Williams. And that’s still the last one that’s been held to date.

Portugal was first on the world championship calendar back in 1958, over the seven-kilometre Oporto track in the north of the country, where Stirling Moss won in a Vanwall. The Englishman won again the following year, but this time on the little-used Monsanto track in the capital Lisbon. In 1960, the Portuguese Grand Prix went back to Oporto, with Jack Brabham claiming victory in a Cooper Climax. By the end of the year, Brabham would claim his second world title on the trot. There would then be a long 20-year break from Formula 1, not helped by Antonio Salazar’s dictatorship – at its height in the 1960s – as the subsequent revolution in 1974, which led to another period of social and political instability.

Formula 1 didn’t return to Portugal until 10 years after the revolution, in 1984. It was one of those races that would go down in history. In a year dominated by the TAG-Porsche McLarens, Niki Lauda and Alain Prost took practically an equal share of the wins and points handed out over the course of the season, with the title set to be decided at the final race of the season in Estoril, close to Lisbon on the Atlantic coast. Prost won the race, but Lauda only needed to finish second to be sure of claiming the title – which is exactly what the Austrian did, having staged a brilliant fightback. The margin with which Lauda won the championship – just half a point – is still the narrowest in Formula 1 history.

Every single one of the 12 Portuguese Grands Prix that followed were held at Estoril. Many delivered exciting races. In 1985 for example, the legendary Ayrton Senna won his very first grand prix, at the wheel of a Lotus-Renault. In 1986, it was the Williams-Honda of Nigel Mansell that triumphed in a season dominated by the Englishman, before he lost the title in spectacular fashion with a blow-out at the final race of the year in Australia, while leading. The 1986 title went to Prost, doubling up after winning the world championship for the first time in 1985. Prost also won the following two Portuguese Grands Prix in 1987 and 1988, but missed out on the title in both years – which went to his arch-rival Senna.

Ferrari has only won in Portugal twice: in 1989 with Gerhard Berger and in 1990 with Nigel Mansell, who seized the initiative with a daring move on his team mate Prost at the start. Prost would have regretted those lost points, as once again he had to concede the title to Senna at the end of the season. But there’s one team that definitely stands out in Portugal. Between 1991 and 1996, Williams won the grand prix five times – making it the most successful team throughout the most recent era of the Portuguese Grand Prix. Who will be next onto the roll call of winners?