Formula 1 heads to Portugal – but not for the first time

Portimao returns to the Formula 1 calendar this year after an absence of just over six months: but the country has a much longer history in Formula 1, taking in several venues 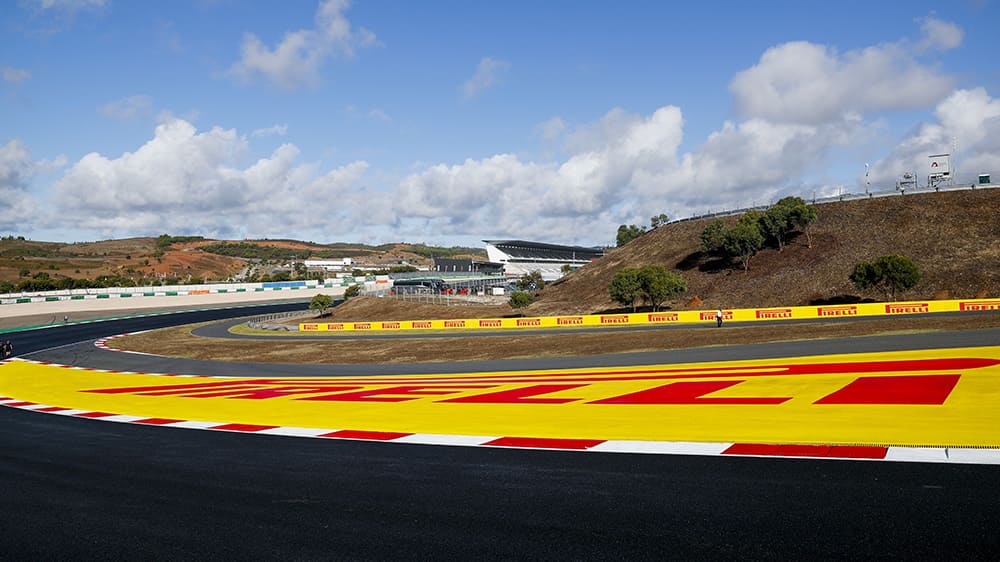 For a country that has produced only five Formula 1 drivers in total and just three since 1991 – Pedro Chaves, Pedro Lamy and Tiago Monteiro – motorsport has a huge following in Portugal. Nowhere was that more evident than in the Group B days of rallying in the 1980s, when spectators were so carried away by the spectacle that they used to try and touch each car as it went past.

These days it’s thankfully very different, but Portugal’s story in Formula 1 started many years before with local driver Casimiro de Oliviera, who entered his country’s home grand prix in 1958. Back then, it was held at the bumpy and dangerous Boavista circuit near Porto, but Casimiro wisely withdrew when he realised what he would be up against and did not start.

The first Portuguese driver to actually drive in a race was Mario de Araujo Cabral, who finished 10th at the 1959 Portuguese Grand Prix, this time at the Circuito de Monsanto near Lisbon. He was 15th the following year – back in Boavista – and then that was it for Portuguese drivers: right up until 1991.

Coloni’s Pedro Chaves failed to qualify for all 13 grands prix he entered, while Pedro Lamy made his debut in 1993 and was injured in 1994, meaning that he didn’t return until 1995: when he became the first Portuguese driver to score a world championship point thanks to sixth place in Australia.

History in the making

A decade later, Tiago Monteiro was on the podium at the 2005 Indianapolis United States Grand Prix – but his achievement was somewhat mitigated by the fact that only seven cars had started the race. Monteiro left Formula 1 before the start of the 2007 season, and there hasn't been a Portuguese driver in F1 since.

Matching the number of Portuguese drivers, there have also been five Formula 1 venues in Portugal: although one of them (Cascais) was only ever used for non-championship races. As well as Boavista and Monsanto, Estoril and Portimao have additionally featured on the F1 calendar in more recent years. The circuit used most frequently was Estoril: a track that could almost be considered as Ayrton Senna’s home circuit, because the Brazilian star had a villa quite close by.

And that fact might also be at the heart of Portugal’s fandom. There may not have been that many Portuguese drivers, but the country has always enjoyed very close links with Brazil and its stars – culturally as well as emotionally.

The Portuguese Grand Prix has hosted huge moments of history in the past: Alain Prost won his fourth and final drivers’ championship at Estoril in 1993, while Lewis Hamilton took his record-breaking 92nd career win at Portimao last year.

Portimao to the forefront

Ironically, the Portimao circuit was never planned to be on the calendar either this year or last year. Thanks to the Covid-19 pandemic, which forced the cancellation of a number of races in 2020, Portimao first appeared on the calendar at the end of October last year. This year, it was announced in February that the race would be taking place at the very start of May, filling a ‘TBA’ slot on the calendar.

Portuguese circuits have always been full of character and this one is no exception: although it was only inaugurated in 2008, Portimao feels like a much older track, with its rollercoaster ride and blind corners. In fact, around 80% of the corners on the tracks are completely blind: thanks to those up-and-down crests. “A lot of the time, you’re staring at the sky,” is how Lewis Hamilton put it.  Other drivers have described it as a “shrunken Spa-Francorchamps” – which is high praise indeed (although it might not sound that way).

The first major event at Portimao was World Superbikes in 2008 but there have also been FIA GT races, as well as GP2, A1GP and World Touring Car events over the years. Back in 2009, the circuit hosted F1 testing as well. Now it’s time for the real thing.