Formula One comes to the United States for a triple date with Pirelli. This weekend, as well as being involved as the title sponsor for the Grand Prix in Austin, Pirelli will be in Miami for the first ever American F1 Fan Fest and also Los Angeles, where its flagship store P Zero World is ready to host an exclusive F1 Viewing Party

Los Angeles. Austin. Miami. No, they're not the stop-off points for an adventurous road trip across the United States, possibly taken with a supercar fitted with Pirelli cars. Instead, the three American cities are points on an imaginary red line that this weekend unites the States from coast to coast in a series of events dedicated to Formula One and with Pirelli taking center stage.

It all begins, of course, in Austin, Texas. It has been the venue for the United States Grand Prix since 2012. For Pirelli, this year's race at the Circuit of the Americas is even more special than usual. As well as supplying tyres for all the teams taking part on the track, Pirelli is also the title sponsor of the event: the race's official name is "Formula 1 2018 Pirelli United States Grand Prix". Pirelli's sponsorship of the race underlines the importance of the American market for the Italian company. After all, the US has one of the highest concentrations of premium and prestige cars in the world, a segment where Pirelli is the undisputed market leader.
It is also a country where Pirelli is involved in many other motor sport competitions throughout the year, from the Trans-Am Series to the Pirelli World Challenge, the GT championship which bears the name of the Italian manufacturer.
And it was in the United States that Pirelli decided to open its first ever flagship store two years ago: P Zero World in Los Angeles, which in addition to the company's products, also offers a genuine immersion into the world of Pirelli. 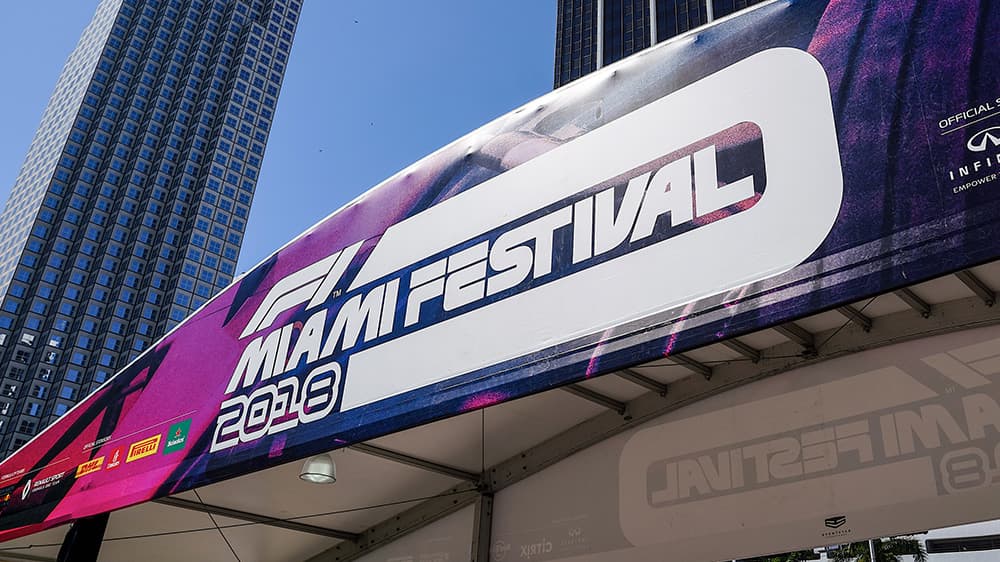 P Zero World will now host another major Pirelli-branded event during the F1 weekend.
On Sunday, the Santa Monica Boulevard shop will open up its doors for an exclusive F1 Viewing Party. Taking part will be a select group of owners of supercars, from Porches and Lamborghinis to Ferraris and McLarens. All of the cars are fitted with Pirelli tyres as standard. The tyres are customized for the individual car type and can be recognized by the specific symbol of each car manufacturer, imprinted on the side of the tyre.
So if the F1 fans can't go to Formula One, Formula One will come to them!
This must have also been the thinking of the bosses of Formula One when they decided to organise the first ever American F1 Fan Fest in Miami. After London in July 2017, Shanghai last April, Marseille in June and Milan in September, now it's the turn of Florida to let countless car enthusiasts get up close and personal with F1 and its stars. It's the perfect warm-up for Miami 2020, when it will host its first ever Grand Prix. For the entire weekend, the streets of Miami will come alive with music, installations, and events, with Pirelli heavily involved, of course.  In other words, everything is ready for a true F1 coast to coast weekend.