Flat out
Down Under

The most far-reaching GT championship in the world got underway last weekend – on the other side of the planet. 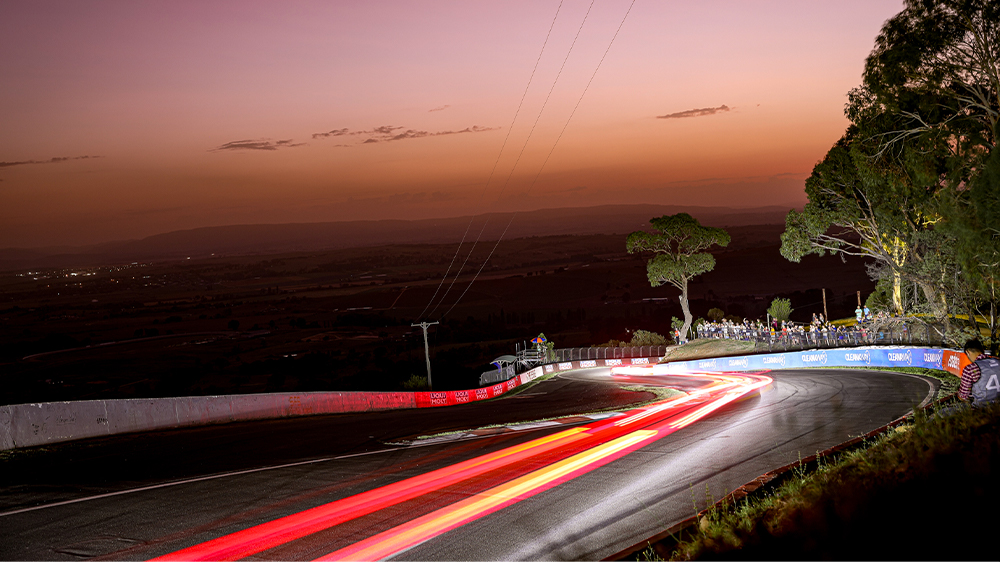 One of the epic circuits of the world is the Mount Panorama track at Bathurst in Australia, which combines a twisty mountain section with a faster area on the flat; all adding up to a probing challenge for cars, drivers, and tyres.

The Bathurst 12 Hours last weekend was the opening round of the 2020 Intercontinental GT Challenge Powered by Pirelli, which is supplied exclusively by Pirelli and contested by cars from the world’s most prestigious manufacturers.

It’s a race like no other, getting underway at dawn before finishing in the late afternoon. This year’s race was particularly unforgiving, thanks to a tense battle for the lead that went all the way to the closing stages, with drivers pushing to the limit and the winning Bentley breaking the distance record.

Bathurst is to Australia what Indianapolis is to the United States: the most famous raceway of its country. It’s probably most closely associated with the growling V8 Supercars that comprise the backbone of the Australian domestic racing scene – although in the 1930s it even hosted the Australian Grand Prix – but since 2011 it’s been home to GT3 endurance races as well.

Some of the straights and corners there have gone into history: the Conrod Straight, Hell Corner, and that buttock-clenching kink on the entry to The Chase, which doesn’t even have a proper name but is known as the fastest corner in touring car racing, taken more or less flat coming off the Conrod Straight.

Other descriptions of Mount Panorama include “the blue hell.” Anything the Nürburgring can do, Bathurst can do too…

The Bathurst 12 Hours was the first of five rounds in the Intercontinental GT Challenge Powered by Pirelli this year. The championship visits some of the most incredible circuits in the world, also including Spa, Suzuka, Indianapolis (which is new to the calendar this year) and Kyalami.

As the name suggests, it’s a series that crosses continents, in the search of the biggest adventures and driving thrills. It’s hard to say which track is the most challenging, as each one is a truly visceral experience. That’s what attracts some of the leading manufacturers and drivers in the world to the series.

However, it was Bentley that triumphed in the race, having led for most of it in an intense battle with Mercedes, despite starting back in 11th on the grid. Eventually, it came down to the final round of pit stops, with Jules Gounon emerging on top in the Continental GT3, together with Maxime Soulet and Jordan Pepper. McLaren finished second, ahead of Mercedes in third. It was too close to call.

Porsche is actually the reigning champion, but if Bathurst was anything to judge by, the 2020 title is likely to go down to the final round once more.

P Zero on road and track

The cars that compete on the Intercontinental GT Challenge Powered by Pirelli look similar to their showroom equivalents, and that’s what makes the championship such a powerful marketing tool. For manufacturers, it’s like a high-speed tour of the most desirable car markets on the planet, across five continents. But it’s not only about selling cars, as there’s also a technological purpose, with motorsport helping these prestigious manufacturers to develop their road cars with race-bred performance.

There’s a lot of technology transfer in the tyres too.  The P Zero DHD2 race tyre used in the Intercontinental GT Challenge Powered by Pirelli is different to the P Zero tyre for the road, as it’s specifically designed to take on some of the biggest challenges in motorsport. There’s also just one common range of P Zero DHD2 tyres for all the competitors, whereas every P Zero for the road is designed specifically for each model of car it is fitted to. However, what they have in common is that more than 50% of the world’s premium and prestige manufacturers choose P Zero for their most desirable models: both on the track and on the road.

Getting the show
on the road

How to get ahead
in GT racing