What do we know about Formula 1 so far? Here are five things we found out from testing in Barcelona 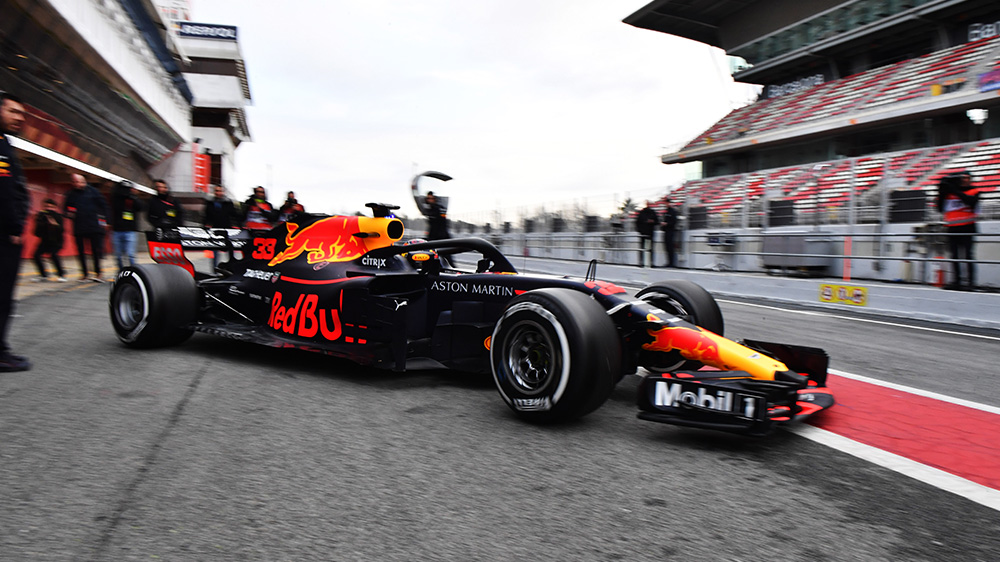 1. It seems very close at the top
While it’s very early days, there seems to be little to choose between Ferrari, Mercedes and Red Bull on long run pace so far, with various experts only disagreeing about who has ultimately the quickest single-lap pace. By the end of testing, there should probably be a more concrete answer, but straight out of the box all three of the top cars seem to be very competitive with each other, with Renault best of the rest. Of course, what happens in testing isn't necessarily reflected in the first grand prix, and the performance gaps between the compounds are yet to become fully clear, but the initial signs are that we’re in for an unpredictable season. And that qualifying and race strategy – anything that shuffles the pack – might just become more important than ever.

2. We’ve not seen the potential of the hypersoft yet
Although the hypersoft did make an outing at the first Barcelona test, it was a very limited cameo appearance with just one team (McLaren), so its real potential should only be seen in the second test when more teams put more kilometres on it – in what are expected to be much warmer conditions, following an opening week where temperatures were mainly in single figures.
The fastest time in the first test was set by the medium tyres courtesy of Lewis Hamilton – and that was nearly half a second faster than the quickest time at the same test last year by Valtteri Bottas, on the ultrasoft. Barcelona has been resurfaced since then, so it’s smoother, but given that the hypersoft is two steps softer than last year’s ultrasoft (and four steps softer than the current medium) the potential is clear. Not to mention the progress compared to last year.

3. Honda has proved a point
The first car on track as soon as the pit lane light went green on the opening day of the first test was the Honda-powered Toro Rosso of Brendon Hartley. And the team to have racked up the most laps by the end of the first test (324 in total, or about five Spanish Grand Prix distances) was also Toro Rosso.
With their point proven, the drivers and team were very happy. While it’s hard to draw many conclusions this early in the season, it’s fair to say that any fundamental problems would have surfaced by now: there’s no escaping the public humiliation of a red flag stoppage and a lift to the pits on the back of a lorry. That simply didn’t happen: could Toro Rosso with its new engine and almost-new drivers turn out to be the surprise of the season?

4. When it's safe to cross over
No, we’re not talking about learning to negotiate Barcelona’s Placa de Catalunya as a pedestrian: that’s impossible. Instead, weather conditions on the final day of the first test – with a fully wet track in the morning, which gradually dried completely – provided a valuable and comparatively rare opportunity for the teams to assess crossover points in testing. In other words, finding out at which point it’s fastest to move from full wet tyres to intermediates to slicks. Initial indications suggest that these crossover points are slightly different to last year, so this is a useful piece of information already in the bank that might just make the difference between someone losing or winning a race this season…

5. How to build a snowman
Maybe this isn't the most valuable piece of knowledge we take away from Barcelona, but it’s useful nonetheless. Halfway through the first test, snow in Catalonia practically wrote the whole of third day off: one local resident said that there’s hadn't been a similar snowfall in the area for about 10 years.
What we learned is that Mercedes has enviable level of preparedness for any situation. Having built a snowman (christened Karl, possibly after Mr Benz) they then furnished him with bespoke three-pointed star logo buttons. That’s attention to detail for you.
It’s the same sort of foresight also demonstrated by Pirelli, which developed studded Formula 1 tyres specifically for use on snow a few years ago – which were used by both Ferrari and Red Bull for demonstration runs. Unfortunately, nobody thought to put them in the truck…