Five things we learned from F1 testing in Barcelona...

Eight days of intense F1 pre-season testing are finally over. So what are the five key things we learned from the experience? 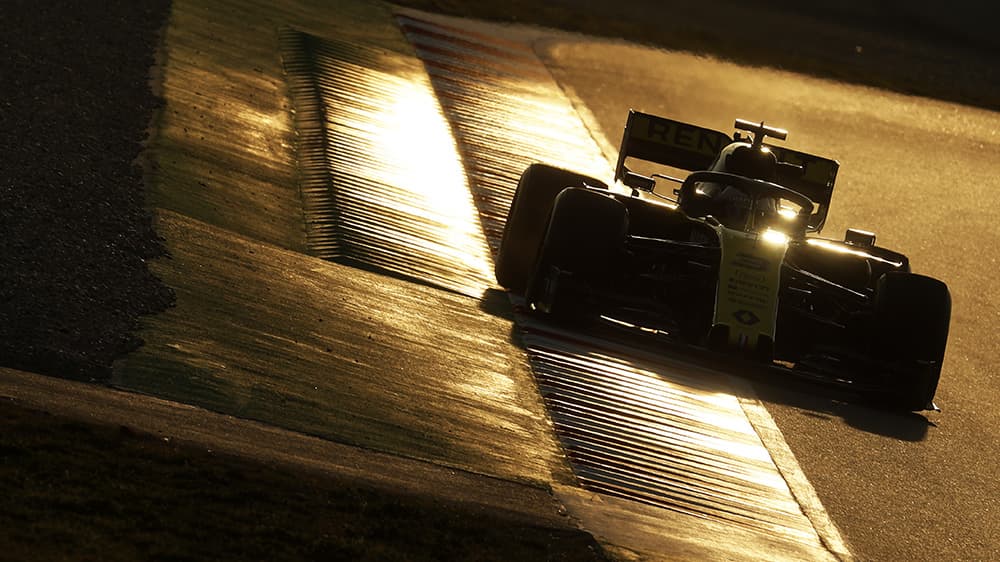 1. The difference between the tyres is what we expected it to be
This year there are five slick compounds instead of seven (and only three colours), with the aim of creating a bigger gap between all the compounds than in 2018, which is more evenly spaced. The data shows we are on course to achieve that. There was around 0.6 to 0.7 seconds per lap between each of the compounds at F1 pre-season testing in Barcelona – but with warmer temperatures during the season that gap should extend to about 0.9 seconds. Just under a second is what we were targeting.

2. The cars have got faster despite more weight
Rule changes with extra fuel for this year make the cars around 10 kilograms heavier, which costs approximately three tenths of a second per lap in Barcelona. Despite this handicap, the cars went consistently faster than they did at the same test last year, with the quickest times even coming within a whisker of the 2018 pole. That’s not meant to happen at a pre-season test in cool weather with brand new cars. Expect more lap records to crumble this year.

3. The new aerodynamic rules might just have worked
The cars have reduced downforce this year with simpler front wings, to help drivers overtake by making the cars less aerodynamically sensitive. In theory, this should lead to a better show. And Haas driver Kevin Magnussen thinks that this objective might have been achieved. “I followed a car today and it really feels a lot better than last year: the feeling of the car behind the other car,” said the Dane in the second week of the test. “I could actually follow and pass.”

4. The new cars are more reliable than ever
Even though the paint was barely dry on the new cars, they exhibited an extraordinary level of reliability, with drivers regularly notching up in excess of 120 laps per day. Williams accumulated 140 laps during just one day last week, while all the teams put together covered an astonishing 40,844 kilometres in eight days – 8774 laps, the equivalent of around 133 Spanish Grands Prix.

5. Who needs experience?
The Formula 1 rookies were straight on the pace, despite their limited running in an F1 car prior to Barcelona. Alexander Albon, Lando Norris, and Antonio Giovinazzi all took turns at the top of the time sheets at various points during the test, while George Russell was in the hot seat for the 140-lap marathon mentioned above – and even claimed not to feel too bad afterwards. The latest generation of rookies are better prepared than ever.

...AND FIVE THINGS WE DIDN’T LEARN FROM F1 TESTING IN BARCELONA
F1 is not only about what you know. What you don’t know is often more interesting. Here are five things that the Barcelona test didn’t tell us. Yet.

1. Who’s on top
In the end, Sebastian Vettel and Lewis Hamilton finished the Barcelona test just three-thousandths of a second apart. That tells us everything and nothing: it’s impossible to say who has an advantage at the moment. In testing, cars are hardly ever running in equal specification on the same run plans: furthermore teams tend to talk up the prospects of their rivals. It’s started already, with Lewis Hamilton saying that Ferrari might be half a second per lap quicker. Let's wait and see.

2. How the wet weather tyres perform
Unlike last year, when it snowed in Barcelona, the weather was relatively good and totally dry throughout all eight days. This means that the 2019-specification Cinturato intermediates and wets, which have been redesigned to evacuate more water and work in a wider range of conditions, haven’t yet run on the latest cars. Nonetheless, they did test extensively during their development last year – so they are ready to hit the ground running.

3. Degradation rates
With all the teams carrying out different programmes and perhaps hiding their ultimate potential, it’s hard to have a precise idea of what the actual degradation rates will be in competition. This is the case every year, and it’s one of those questions that will just have to wait for Melbourne...

4. What the Spanish Grand Prix will be like
Odd as it sounds, the F1 Barcelona test says little about what the Spanish Grand Prix in May will be like. Compared to last year – when there was new asphalt – the surface has evolved continually, becoming more abrasive, and this trend could continue. Track temperatures are also likely to be more than 20 degrees higher, changing the entire picture.

5. Whether or not Fernando Alonso will return to F1
The announcement that Fernando Alonso will be a McLaren ambassador this year and test the latest car raises more questions than it answers. Is he targeting an eventual return to Formula 1? His visit to the Barcelona test underlined the Spanish superstar’s enduring appeal: aged 37, he says that he’s driving better than ever. But will he come back? “I’m keep involved in F1 life, just in case…” he said.

Read more
Related Stories
What's new with
Formula 1 tyres in 2019?
race
No more Spice Girls
and gondolas
race
Our control. Your power
race
MOST READ
Jacques Villeneuve,
the rising and setting of the son