Fittipaldi and Brazil make their mark on Formula 1

Emerson Fittipaldi was the man who put Brazil on the single-seater map, thanks to his Formula 1 titles clinched in 1972 and 1974 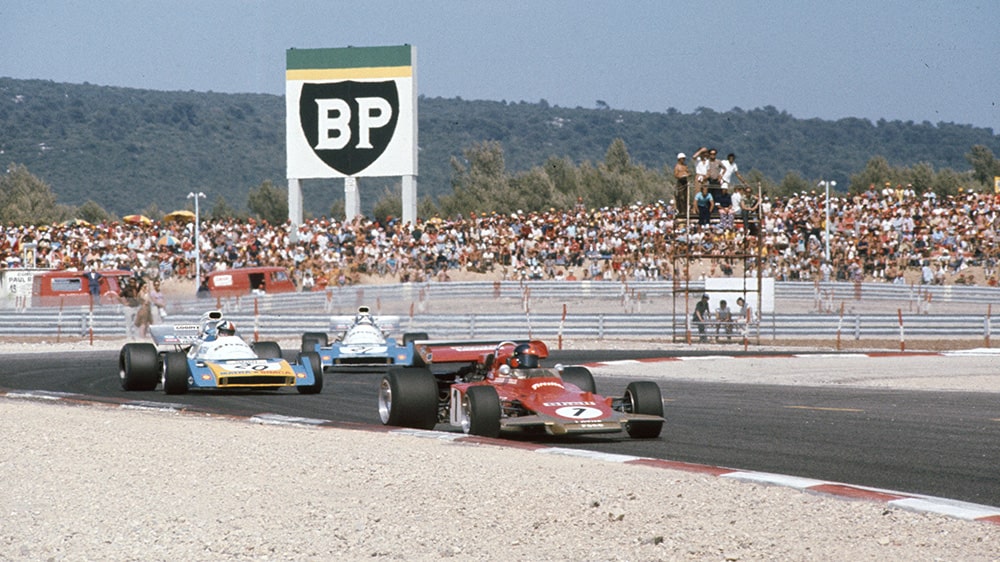 It may seem odd to imagine it now, but there was once a time when Brazil and Formula 1 were about as closely related as Fiji and international football. South America was always strongly represented in the world of motorsport, largely thanks to the collection of titles accumulated by Argentina’s Juan Manuel Fangio in the 1950s, which inspired many to follow in his footsteps. But Brazil? That was still a bit of an outlier;  with heroes such as Nelson Piquet, Rubens Barrichello, Felipe Massa, and above all Ayrton Senna, a long way off in the future. Instead, it was Emerson Fittipaldi who first put their country on the motorsport map.

A tale of two brothers

Emerson was born on December 12, 1946, in Sao Paulo to a family of Italian origins: specifically from Basilicata, in southern Italy. His father Wilson (also the name of Emerson’s older brother) was a sports journalist with a particular passion for bike racing. So this was where Emerson cut his sporting teeth aged just 15 – but he was already involved in four-wheeled motorsport by working as a mechanic on his brother’s go-kart.

The two Fittipaldis made a name for themselves, starting up a motorsport workshop and tasting success in a variety of different championships. Emerson won the 1967 Brazilian Formula Vee championship and continued his upward curve the following year, which inspired him to make the big leap in 1969 and move to England: an almost obligatory rite of passage at the time for anyone who was serious about making it in motorsport.

It was clear from the very beginning that Emerson was born to do this. He showed natural speed, a cunning intelligence when it came to race craft, and a high degree of mechanical sympathy. After making his debut in Formula Ford, Emerson won four races on the trot almost immediately. That brought him quickly to the attention of the visionary Colin Chapman – the owner and technical director of the legendary Lotus team – who offered him a seat in Formula 3. Emerson won his third race and went on to claim the title, despite not having raced a full season. That was enough to earn him a place with Lotus in Formula 2, and by summer 1970 he had made his Formula 1 debut alongside John Miles and Jochen Rindt – who went on to become world champion at the end of that year.

When Rindt lost his life at Monza, in a dramatic accident at the Parabolica that nonetheless didn’t stop him from becoming the sport’s only posthumous world champion, Miles also decided to step back from the sport, meaning that the young Emerson was suddenly thrust into the role of Lotus’s number one driver.

At the penultimate race of the year, in the United States, Emerson won after an impressive fightback: preventing Ferrari’s Jacky Ickx from depriving Rindt of the title, and becoming the very first Brazilian to win a world championship Formula 1 race.

By 1971, Fittipaldi’s name was famous all over Brazil – and calls were growing for the country to host its own grand prix. This would only happen two years later, at Interlagos. But the atmosphere within Lotus had changed. Chapman got side-tracked by the development of a turbine car that was as revolutionary as it was flawed. Fittipaldi could do no better than two third places (in France and Great Britain) and finished the world championship in sixth, a long way behind Jackie Stewart, who claimed his second title.

However, 1972 was a different story. With a much-improved Lotus, Emerson won five grands prix (Spain, Belgium, Great Britain, Austria and Monza) and was crowned champion with a race to spare. Not yet 26, he became the youngest world champion in F1 history: a record that was then broken by Fernando Alonso in 2005, then Lewis Hamilton in 2008, and then Sebastian Vettel in 2010. Emerson’s fame in Brazil has spread up to the point where there was even a film made about him: O fabuloso Fittipaldi.

The move to McLaren

In 1973, Emerson was held back by a number of technical issues, but also by an internal rivalry with his new Lotus team mate Ronnie Peterson. The Swede was ultra-quick and ambitious, not caring less about team orders, but neither driver could do anything about Jackie Stewart and Tyrrell: with another title heading to Scotland at the end of the season. Fittipaldi left Lotus at the end of the season, unhappy with the way that the season had been managed, and joined McLaren – which harboured high hopes for its brand new M23.

Ferrari seemed to get in the way of those plans for the 1974 season. Niki Lauda and Clay Regazzoni looked pre-destined for the title, but Emerson diligently hoovered up every crumb that Maranello left on the table. He won at the start of the season in Brazil, then again in Belgium at the end of the spring, so that by the beginning of September he was third in the championship, just nine points behind the leader Regazzoni, in a Ferrari that was starting to lose its advantage. Fittipaldi finished second in Monza behind Peterson and took his third victory of the season in Canada, meaning that he would head to the final race of the year at Watkins Glen in the United States locked in a title duel with Regazzoni. It all went wrong for Ferrari, and fourth place was enough for Emerson to win a second championship. In Brazil, he had achieved God-like status.

At the beginning of the 1975 championship, he was first in Argentina and second at his home race in front of his compatriot Carlos Pace. But there would be no mistakes from Ferrari this time, and Niki Lauda metronomically sealed his first title. Fittipaldi took one more win from that season, in Great Britain in July. What nobody would have imagined back then was that his 14th career victory would also be his last.

Fitti, as he was known in Europe, or El Rato, as the Brazilians loved to call him (owing to a certain resemblance to a cartoon mouse) succumbed to the overture of Brazil’s national sugar company, Copersucar, which wanted to start its own Formula 1 team to achieve global recognition. Four seasons yielded just one podium: in 1978 in Brazil (of all places…). In 1980, the team was renamed as the Fittipaldi team, but the results got no better and Emerson finally hung up his helmet at the end of that season to concentrate on team management. By the end of 1982, he had abandoned that role too, and the Fittipaldi name was gone.

So was that the end of the story? Not quite. In 1984, Fittipaldi made his debut in Indycar in the United States, and became a folk hero once more. Patrick Racing allowed him to taste success once more: in 1989 he even won the legendary Indy 500. In America he was known simply as ‘Emmo’ by an adoring public. He won the Indy 500 again in 1993, remaining an American racing legend right up until 1996, when a terrible accident finally ended his single-seater racing career.

Today, Emerson is still a familiar face in the Formula 1 paddock as a commentator for Brazilian television. His wife and younger children are often with him: his third son, 14-year-old Emmo Junior, races in karts in Europe and is aiming for a single-seater career in Formula 4. Will there be a third title-winning son of an F1 champion one day, after Damon Hill and Nico Rosberg? Or will we see the first grandson of a champion, with Pietro Fittipaldi – the son of Emerson’s daughter Juliana – replacing the injured Romain Grosjean at Haas in Bahrain. It’s far too early to say. But Emerson sincerely hopes so.