It’s a new Arabian venture for one of the greatest drivers in Formula 1. And we’re not talking about the Abu Dhabi Grand Prix 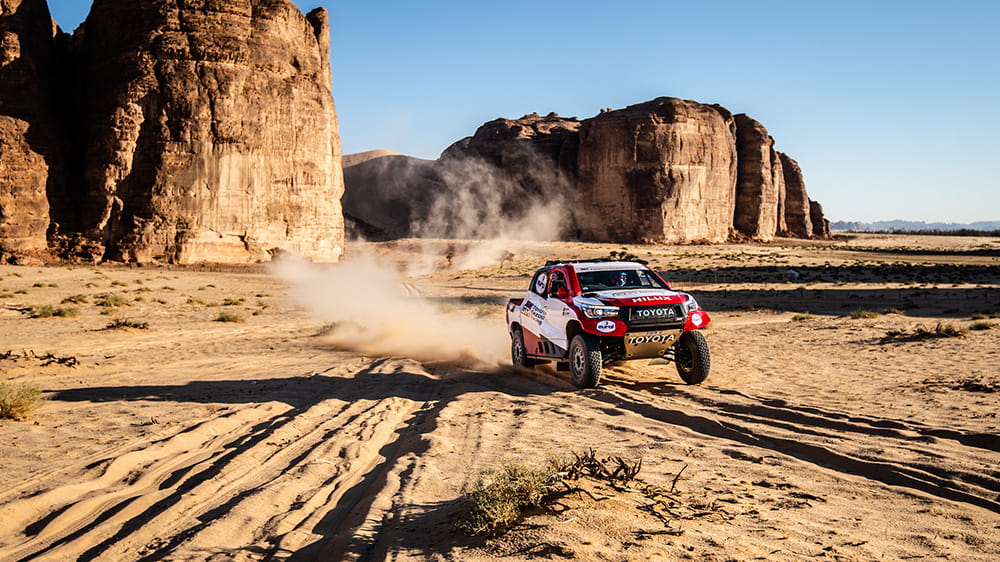 January 2020 will mark another new adventure for racing legend Fernando Alonso. The double F1 world champion, who has since added an array of titles in sportscars since his final grand prix in 2018, will embark on his first assault on the famous Dakar Rally with Toyota Gazoo Racing.

This is the latest in a long list of objectives for Alonso, who has claimed a World Endurance Championship title, two Le Mans 24 Hour race wins and victory in the Daytona 24 Hours.

Alongside fellow Spaniard Marc Coma, himself a Dakar veteran on two wheels, Alonso is doing what no other driver in the world is doing at the moment, which is trying as many forms of motorsport as he can to become an all-rounder to make history.

Of course, the Dakar Rally is not for the faint-hearted and even the most competent of cross-country rally drivers can – and regularly do – slip up in the most demanding conditions in the world. This will not be an easy task, even for someone as naturally talented and hard working as Alonso.

What lies ahead of Alonso on the gruelling Dakar

The event is a long way from its origins in Africa, so to call it the “Dakar” Rally might be slightly disingenuous. After a stint in South America, the event moves to Saudi Arabia for the first time in 2019, but the unique challenges for crews, machines and tyres remain the same.

Vast sections of sand dunes and unmade roads characterise the Dakar wherever it is located, which catch out even the most experienced drivers and riders. Punctures, mechanical issues, crashes and even simply getting lost are always a possibility if you’re not careful. Even if you are careful, in fact.

And the stages are brutal, often as long as five or six hours straight, which require unthinkable levels of concentration and willpower, as well as fitness and resistance to heat.

What Alonso has done so far

With this in mind, it’s no wonder that Alonso has undertaken a significant amount of testing, not just to get used to the terrain that he and Coma will be facing, but also to get to grips with his machinery.

TGR will run the latest 5.0-litre, V8-powered Hilux pick-up – the road-going version is available for a cool £27k – which it first introduced ahead of last year’s event – won by multiple Dakar champion Nasser Al-Attiyah and his navigator Mathieu Baumel.

Alonso has tested the Hilux already in Namibia and Poland, with the former allowing him to sample some of the undulating sand dunes and gravel tracks he will encounter in Saudi Arabia, while the latter featured specially-built sand tracks, soil and bumpy terrain.

Additionally, Alonso has already tasted success, which may well be a good omen on the Dakar in January, especially as the Spaniard’s maiden Rally Raid podium coming in Saudi Arabia in November.

Alonso and Coma finished third overall, just 16 minutes off the winner – and Dakar regular – Yazeed Al Rajhi. This was a particularly promising result despite some navigation issues on the final day and a puncture on the way.

Speak to TGR Dakar boss Glyn Hall, and you learn that Alonso has made a strong impression despite being a complete rookie on the loose stuff.

“Fernando’s progress has been astounding,” says Hall. “It is clear that he has a huge amount of talent, which he is putting to good use.”

Judging how well Alonso will do on the actual Dakar in January is not only impossible but also irrelevant. The fact of the matter is that Alonso, despite his prowess in circuit racing, has elected to dip his toes into a completely different world of motorsport purely for the love of pushing the boundaries of his physical capacity and in his words, “to become an even better driver”. Alonso will have goals of what he wants to get out of the event, but the refreshing aspect about all of this is that Alonso continues to make his name beyond Formula 1. Quite possibly, he will go down as the most versatile driver of all time.

Read more
Related Stories
Creating the rally stars
of the future – and the present
race
Rallying call
race
Rallylegend,
the best on display
race
MOST READ
This is how Pirelli Design's unique products come to be