Silverstone is often considered to be one of the heartlands of Formula 1. Here’s why... 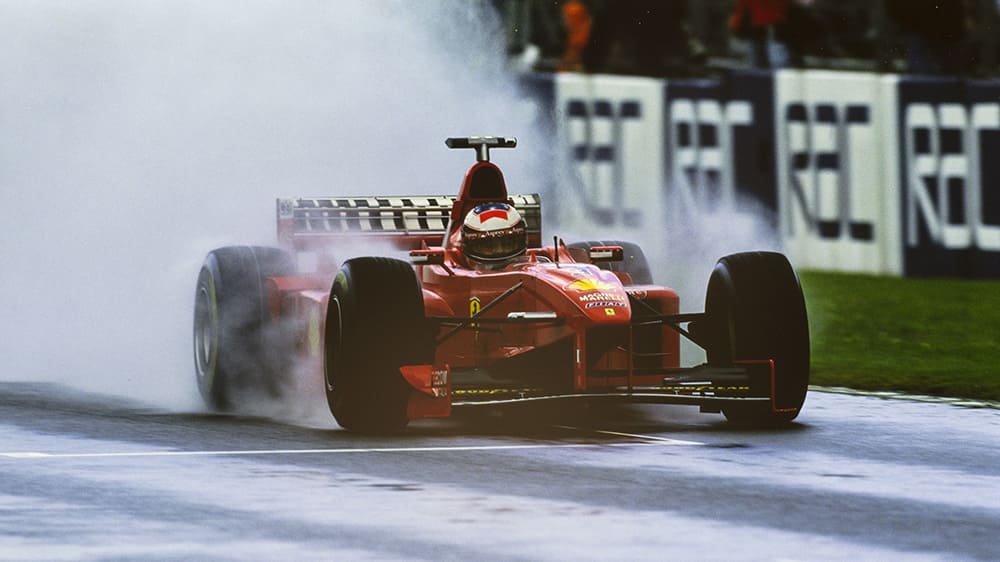 It might not always deliver the most action-packed racing or most stunning scenery, being entirely flat. Yet Silverstone is still considered by many to be the ‘home’ of Formula 1 – as it’s where the championship first started, back in May 1950. That race was won by an Italian driver (Giuseppe Farina) in an Italian car (Alfa Romeo) on Italian tyres (Pirelli Stella Bianca) but Britain is still one of the nations that has dominated F1 history: another reason why Silverstone is so revered.

This might have something to do with the fact that seven out of the 10 Formula 1 teams are based in the United Kingdom: mostly within an hour’s drive of Silverstone. The nation with the most world champions is also Great Britain, again with 10. The list takes in stellar names such as Mike Hawthorn, Jim Clark, Graham Hill, John Surtees, Jackie Stewart, James Hunt, Nigel Mansell, Damon Hill, Jenson Button and of course, Lewis Hamilton. No other nation comes close, with Germany and Finland following behind in second, having produced three champions each.

Put these things together – as well as the fact that Formula 1 as a company is based in London – and it’s easy to see the effect that this simple loop of asphalt in rural Northamptonshire has had on the sport.

Silverstone is a place where history has been made and where all the great champions have won. And not always in the most conventional fashion. At the 1998 Silverstone race, McLaren’s Mika Hakkinen and Ferrari’s Michael Schumacher were battling for the win in torrid weather conditions. A mistake from the Finn allowed the German through to the lead, but after picking up a 10-second stop-go penalty (for passing Alex Wurz behind the safety car) his win was anything but certain. In the most cunning victory in Formula 1 history, Schumacher came in to take his penalty on the final lap – crucially, after he had crossed the finish line in the pits. He subsequently took his penalty, but the timing screen had already recognised the German as the winner. No action was taken post-race, meaning the Ferrari driver won the only race in F1 history that was decided in the pits. But Silverstone wasn’t always kind to Schumacher: the following year he crashed heavily at Stowe Corner and broke his leg, keeping him out of the cockpit for the next 98 days. Silverstone is all about speed and G forces, meaning that any accident on the flat-out track is unlikely to be a small one.

On the subject of Schumacher, he holds an impressive record jointly with Hamilton: for the most wins (eight) at the same Grand Prix. Schumacher regularly won the French Grand Prix at Magny-Cours between 1994 and 2004, while Hamilton has proven virtually unbeatable at the Hungarian Grand Prix in his 14-year F1 career to date. Now, Hamilton has a chance to equal his Hungarian benchmark at home by making it eight wins at Silverstone too, having won the race for the seventh time last year.

Hamilton was aged just 12 when he first met McLaren team principal Ron Dennis, at the annual Autosport Awards dinner in London. An up-and-coming karter, he marched over to Dennis and said ‘I want to drive for you’ in 1995. Not long afterwards he became the youngest-ever driver to sign a management deal with a Formula 1 team, and in 2007 he made his Formula 1 debut – claiming his first Silverstone win just one year later.

Hamilton is now the most successful driver in the history of the sport but definitely on the back foot at the moment when it comes to this year’s championship. Having signed a new two-year deal with Mercedes and in front of his adoring home crowd, can he turn the tide at Silverstone this weekend?

Read more
Related Stories
A sprint to the finish
race
Austria: a quiet nation that makes a big noise in Formula 1
race
French GP, F1’s oldest race
race
MOST READ
Too many zeroes?