The Brazilian driver died in an accident at Imola on May 1st 1994. His ability to dominate the circuit remains to this day without equal 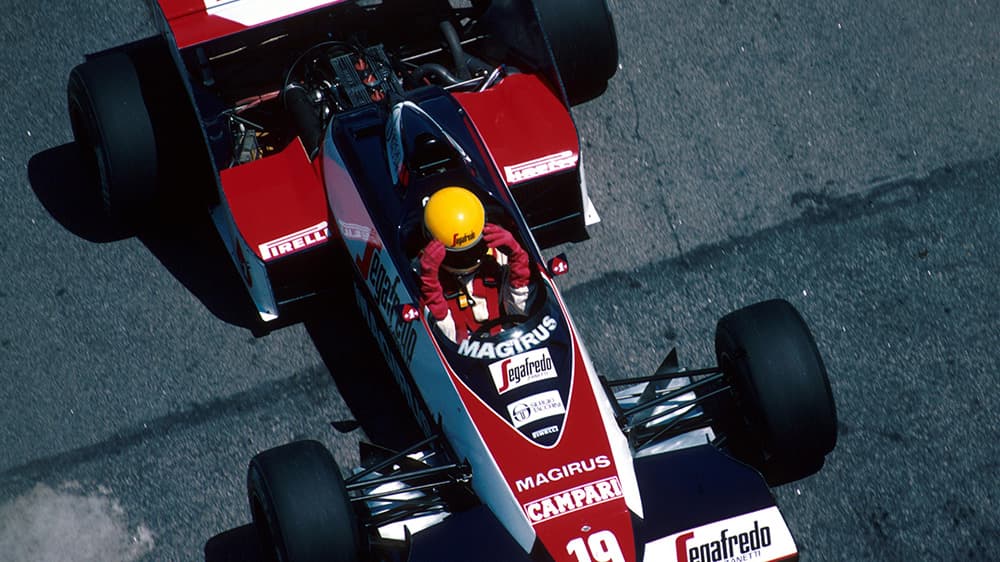 Ayrton Senna will always hold a special place in our collective memories. Of course there was his other-worldly turn of speed, but even that paled into insignificance alongside his obsession to be the best everywhere and anywhere; especially when things got complicated. His faraway gaze, fixed on some strange orbit of his own, perhaps provided the inspiration for certain actions that – still today, 25 years after his cruel and tragic death at Imola – place him in a world apart.

It was Sunday 1 May, 1994, when Ayrton’s life was snuffed out by an accident that was almost stupid: the sort that would have left no physical trace on his body had it not been for a broken suspension arm that made an improbable flight like a javelin through Ayrton’s helmet visor. Ten years earlier, on Sunday 25 March, 1984, the Brazilian had made his Formula 1 championship debut at Jacarepagua in Brazil. It lasted eight laps before a turbo failed. There was none of the swagger of an established champion when he drove a Formula 1 car for the first time but that faraway gaze was already there. Of course, he was much younger then: Ayrton was only 24 when he first sampled F1 machinery. Yet the beginnings of the legend he would soon become were firmly in place.

Looking back at it now, Senna’s Formula 1 career feels like a short but spectacular mission into outer space, with certain key steps along the way. His mastery of extreme speed, cultivated between 1985 and 1987 with Lotus as he racked up the pole positions. The six years at McLaren that were both heaven and hell: three titles and so many race victories but also the head to head with his hated team mate Alain Prost that drove him to the brink of paranoia. The culmination of his turbulent relationship with Prost was two showdowns in Japan during consecutive years: 1989 and 1990. Senna’s duels with Nigel Mansell also passed into motorsport history: Mansell was one of the few rivals that Ayrton genuinely considered to be at his level, but the Englishman was helped by a Williams that seemed to be an almost invincible rocket ship. The same Williams that Ayrton finally got his hands on in 1994, with the clear mission to get back on top of the world championship. And then instead…

Only the truly great champions remain benchmarks after their deaths. And Senna is still up there today. Schumacher was a giant…but as much as Senna? And how does Hamilton fit into that picture: a question that the current world champion himself is keen to answer? Today, all that greatness and charisma in the gaze of Ayrton Senna back in 1984 as he made his Formula 1 debut is just an emotional memory. He came from karting, where he had won everything but always missed out on the title (never because of his own fault). Having risen through the ranks of motorsport in Europe and his native Brazil, Ayrton again stamped his authority on every category, from Formula Ford to the super-competitive British Formula 3 Championship of the early 1980s. What was that young Ayrton looking for, in his faraway gaze? We’ll never know, but maybe he was looking for a meaning, a way to leave his permanent imprint on history.

And in those early days, as he got into his first Formula 1 car and made his baby steps at the top of the sport, the young Senna had the Pirelli logo on his overalls. In the end, he drove for relatively few races on the Italian tyres, because Toleman switched tyre manufacturer later in the year – as was quite common back then, for various technical and commercial reasons. It might have been just a few grands prix with Pirelli, but the memories will last forever. And those memories will be a centrepiece of the celebrations of Ayrton’s life on 1 May at Imola: the scene of one of the biggest tragedies in Formula 1 but also a symbol of the passion for motorsport that will always endure.

Read more
Related Stories
Senna: as you’ve never seen him before
race
Formula 1 Baku:
378kph
race
When street racing
turns mean
race
MOST READ
Getting the show
on the road