Formula 1’s most prestigious race was missing from the 2020 calendar but now it’s back, together with its unique demands 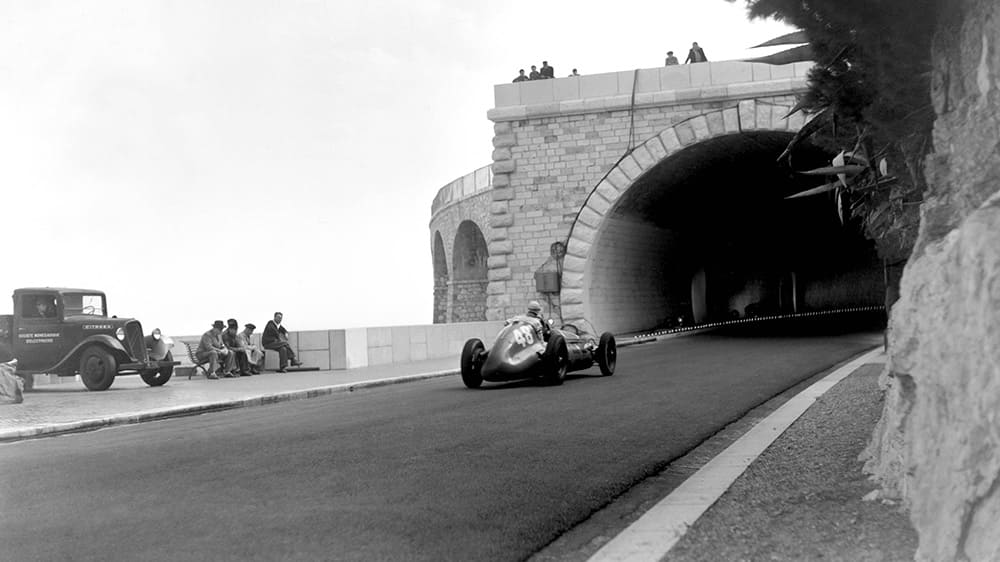 It’s the slowest circuit on the Formula 1 calendar yet it’s anything but easy. Nelson Piquet once famously likened it to “riding a bicycle around your living room”. The challenge of threading a car between the barriers, combined with the surrounding glamour, is what makes the Monaco Grand Prix the most special race of the season.

This prestige also made Monaco one of the most secure races on the F1 calendar, but even that couldn’t prevent the 2020 edition from being cancelled as a result of the coronavirus pandemic. It was the first time since 1954 that the race hadn’t been run.

The Monaco Grand Prix first took place in 1929, and the circuit layout remains fundamentally the same as the one used back then, with only minor modifications made since. Among the features to have lasted is the only tunnel to form part of an F1 racetrack, which also happens to be the fastest part of the circuit: the right-hand kink within it is taken at more than 260 kph. The slowest part is the hairpin, originally named after the adjacent railway station and now after the Fairmont hotel on the same site, which is taken at just under 50kph – making it the slowest corner on the entire F1 calendar.

The demanding nature of the Monaco circuit makes it somewhere that drivers can really make a difference. One driver who regularly demonstrated this was Ayrton Senna, who holds the record for the most wins at the Monaco Grand Prix: six in total. It was in Monaco where Senna first made his talents clear to see during his rookie season in 1984 while driving for the lowly Toleman team. In wet conditions he charged through the field to second place and was closing on leader Alain Prost when the race was stopped on safety grounds.

But not even Senna was immune to the pitfalls of Monaco: It was also the site of perhaps his most embarrassing moment, when he crashed out of a dominant lead in 1988, handing victory to his McLaren team mate Prost. He was so dismayed by his mistake that he went straight to his nearby apartment rather than returning to the team garage.

Graham Hill earned the nickname ‘Mr Monaco’ for the five wins he claimed in the 1960s: a tally that Michael Schumacher equalled in 2001 but couldn’t surpass, despite several more attempts. Of today’s drivers, Lewis Hamilton has three wins, tied in the all-time list with fellow British drivers Stirling Moss and Jackie Stewart and with his former team-mate and title rival Nico Rosberg. This year, the Mercedes driver has the chance to join Prost on four victories.

In 2017, Ferrari finished first and second, with Sebastian Vettel leading home Kimi Raikkonen: the opposite order to their qualifying positions. It was the first time that Ferrari had won in Monaco since 2001 – and it’s still the Scuderia’s most recent victory in the principality. To date, Ferrari has claimed 10 victories at the Monaco Grand Prix – making it the second most successful team at the race after McLaren.

Monaco is usually a ‘home’ race for a significant proportion of the grid, such is the number of drivers who have chosen to take up residence in the principality over the years. For second-generation racer Nico Rosberg, competing in Monaco meant driving on the same roads he once used to get to school, even though he was born in Germany.

Despite playing an important role in the championship’s history, for many years Monaco never produced a race-winning Formula 1 driver of its own – which is perhaps not surprising given its population of under 40,000 people. But now the Monegasques have a true local hero in Ferrari driver Charles Leclerc.

Leclerc’s ‘home advantage’ is actually limited, given that many of his rivals have been racing around the circuit much longer than he has. His debut came in Formula 2 in 2017, when he claimed pole position but couldn’t follow in the footsteps of compatriots Stefano Coletti and Stephane Richelmi, who both won GP2 races on their home streets.

If Leclerc achieves the dream result and wins the Monaco Grand Prix, he won’t be the first Monegasque driver to do so: that honour went to Louis Chiron way back in 1931. A winner of numerous other grands prix during that era, Chiron finished third in the first world championship race in Monaco in 1950, and eight years later became the oldest driver to enter an F1 race at the age of 58: again in Monaco.

Formula 1, back to Barcellona

Formula 1 heads to Portugal – but not for the first time

Imola: the best of Italy