The Hungarian Grand Prix is a long-established fixture, which has always thrown up a few surprises. Here are some of the more surprising facts about Formula 1’s latest stop 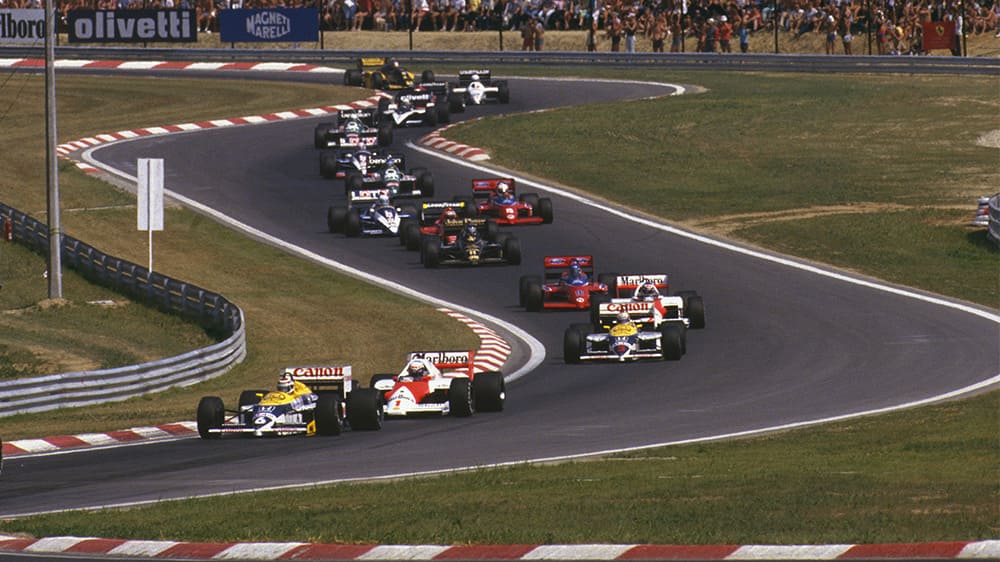 Hungary may not be one of those nations that’s synonymous with F1 like England, France, Germany, or Italy, but it’s nonetheless a historic presence. Because although the Hungaroring is viewed as a ‘modern’ circuit, it’s actually the oldest facility that was purpose-built for Formula 1 on the current calendar. Celebrating its 36th edition this year, it’s also one of the very few circuits to have maintained an uninterrupted presence on the F1 calendar since its inauguration.

And another surprising fact is that a Hungarian driver won the very first grand prix in history (depending on how you define it). The Renault 90 CV that won the 1906 French Grand Prix at Le Mans was driven by a Hungarian: Ferenc Szisz (Renault’s head of testing at the time). His winning average speed was 101kph, around half the 200kph average that’s about normal for the Hungaroring in qualifying.

Back in 1986, the Hungarian Grand Prix broke new ground by being the first race to take place behind the former Iron Curtain. Initially, Formula 1 had wanted to go to Russia, but this proved too difficult to organize and a deal was orchestrated with Hungary by Formula 1’s supremo at the time, Bernie Ecclestone. He was convinced that there was a whole new audience for F1 in the east – and he was quickly proved right, with the crowds flocking to the Hungaroring, located just outside Budapest, from day one. Around 200,000 people attended that first race, and with a contract in place until 2027, the future of the Hungarian Grand Prix is assured as well.

One thing that spectators are more or less guaranteed at the Hungaroring is a good view. The circuit is situated a natural bowl, which means that most parts of the track are visible in most places – as it’s such a compact layout. Essentially, the Hungaroring consists of a series of corners a bit like an overgrown karting track, none of which are especially quick, on either side of the single short straight that makes up the start-finish. The track is pretty narrow (apart from that solitary straight) and there’s only one real racing line – which is about the width of a car. Off the line, there’s all sorts of dirt and debris and the grip just disappears. That’s part of the reason why overtaking is so tricky and track position is key. And here's a measure of just how difficult it is: of the 35 races that have taken place so far, the poleman has won 17 times – and there have only been two races (2006 and 2014) where none of the top three on the grid ended up on the podium. That 2006 race set another record as well: Jenson Button’s debut victory was achieved from 14th on the grid: the lowest starting position from which the Hungarian Grand Prix was ever won. Only 13 races in Hungary have been won from third or lower on the grid, and only two have ever been won from lower than fourth.

Nearly 100 years after Ferenc Szisz put Hungarian driving talent on the map, there was another Hungarian driver in the modern era of Formula 1. Zsolt Baumgartner drove two grands prix for Jordan in 2003 and intended to drive for the team in 2004 too, with sponsorship from Hungarian oil giant Mol. But the agreement fell through, and Baumgartner ended up driving for Minardi during his one and only full season the following year, with a best result of eighth in the United States (his sole points finish, and Minardi’s first points finish in two years). Baumgartner wasn’t quite done with Formula 1 though, as he returned many years later to drive the Formula 1 two-seater for the F1 Experiences programme.

This weekend, expect a tight battle: in 2019, Max Verstappen took pole by just 0.018s: the tightest ever qualifying margin. But here’s the thing. Many of the more superstitious drivers won’t be wanting to win at the Hungaroring. Because after 2004 (when the Hungarian Grand Prix was won by Michael Schumacher in a Ferrari) Lewis Hamilton is the only Hungarian Grand Prix winner who has then gone on to claim the championship at the end of the year. In fact, the Hungaroring is one of Hamilton’s happiest hunting grounds: he’s won there an astonishing eight times. If he makes it nine this year, the Englishman sets yet another new record: for the greatest number of victories at a single grand prix.

Read more
Related Stories
F1 Silverstone GP: best of British
race
A sprint to the finish
race
Austria: a quiet nation that makes a big noise in Formula 1
race
MOST READ
When the reality is more than we ever expected