The Formula 1 GP is back to Turkey, in the circuit designed by Tilke in 2005 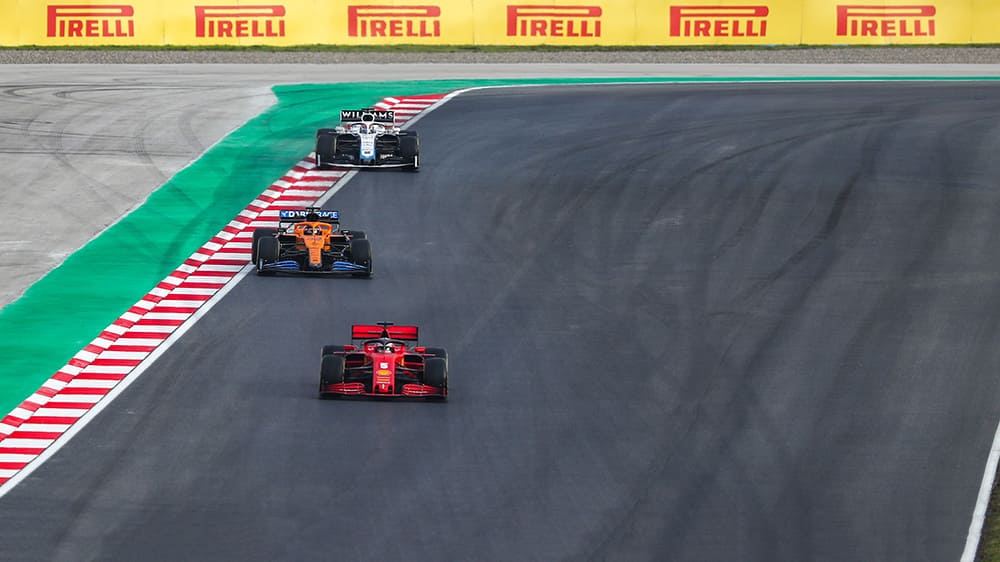 When the first Formula 1 race in Turkey was announced, the country didn’t yet have a suitable permanent racing circuit. That was put right with the construction of Istanbul Park, located on the Asian side of the capital city. Designed like many other modern F1 venues by Hermann Tilke, it opened in August 2005, just in time for the first-ever Turkish Grand Prix.

Very quickly it earned a reputation as perhaps Tilke’s greatest ever creation. Important to this was the use of natural elevation changes, which led to flattering comparisons with other famous circuits. Just like Interlagos, Istanbul was built with an anti-clockwise layout, and the opening downhill left-right sequence was compared to the ‘Senna S’ on the Brazilian track. Other sections were compared to Suzuka, Spa-Francorchamps and Laguna Seca. High praise indded One part in particular became very popular with the drivers – despite the strain it put on their necks. The long, multi-apex Turn 8 left-hander is also the most demanding corner for the tyres, particularly the front-right.

The first race at Istanbul Park in 2005 was won by Kimi Raikkonen, who led every lap from pole position. It was his McLaren team-mate Juan Pablo Montoya though who set a lap record of 1m24.770s that still stands today. After a dramatic race that included a botched pit-stop and a tangle with a backmarker, Montoya finished third behind Fernando Alonso. Both Raikkonen and Alonso will be in action 16 years later in the 2021 race.

Istanbul Park became a very happy hunting ground for Felipe Massa. Perhaps the similarities to Interlagos made him feel at home. In 2006, he claimed his first pole position and first victory in Formula 1 at the circuit, and he went on to also win the 2007 and 2008 races with Ferrari. Those three wins make him the most successful driver at the circuit.

In 2009, Jenson Button scored the last of his six victories for Brawn GP in Istanbul, on his way to winning the championship. The following year’s race in 2010 then provided the most dramatic moment to date in Turkish GP history, when Red Bull drivers Sebastian Vettel and Mark Webber collided fighting for the lead. That opened the door for McLaren’s Lewis Hamilton and Button to finish one-two – but not before trading places themselves several times. Vettel went on to successfully clinch victory in 2011 on a four-stop strategy. In what was the fourth race of Pirelli’s return to F1, it featured a record number of pitstops at the time with 82, and the highest number of overtaking moves recorded since 1983.

Turkey and Istanbul Park disappeared from the F1 calendar after 2011 and a return was thought to be unlikely, despite the popularity of the track. However, the disruption caused by the Covid-19 pandemic in 2020 – when a number of races were called off – presented the opportunity for the circuit to make a comeback.

The eighth Turkish Grand Prix turned out to be dramatic and significant in equal measure. Because the circuit had hardly been used since the last F1 race, a number of renovations had to made, including the laying of a brand new surface. This turned out to be extremely slippery, creating a big challenge for the drivers. That challenge increased when rain affected both qualifying and the race. Lance Stroll capitalised on the tricky conditions to score his first pole position, but in what became a classic grand prix it was Hamilton who excelled. A stint of 50 laps on intermediate tyres helped the Mercedes driver to eventually win by 31.633 seconds and wrap up a record-equalling seventh world championship in style. Now, Hamilton returns to Istanbul looking for the upper hand in his battle with Max Verstappen for the 2021 crown, which is balanced on a knife-edge.