The Russian Grand Prix has been a long time coming. There’s an illustrious history behind the race – and an exciting future 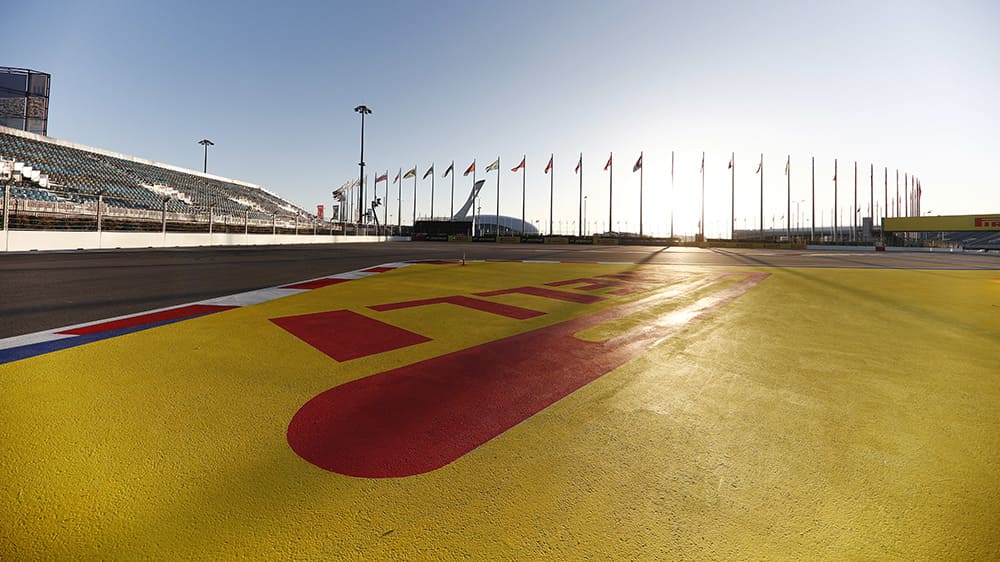 THE THREE-POINTED STAR THAT SHINES OVER SOCHI

The Russian Grand Prix has only ever been won by Mercedes Benz – and that’s going back even before the current Sochi track was inaugurated back in 2014. Exactly 100 years earlier there had been another Russian Grand Prix: in fact, two of them. A Russian Grand Prix was first held in Saint Petersburg in 1913 and 1914, attracting huge crowds – and resulting in a Mercedes victory on both occasions. Russia’s Georgy Suvorin won the inaugural race, with Germany’s Willy Scholl claiming the honours a year later. Two big things then got in the way: World War I, followed by the Russian Civil War. The latter led to the birth of the Soviet Union, which lasted over 70 years.

There have only ever been five different Mercedes winners of the Russian Grand Prix: as well as the two mentioned earlier, just Lewis Hamilton, Nico Rosberg and Valtteri Bottas have won the race, with Hamilton winning four times, Bottas twice, and Rosberg once.

FROM MOSCOW TO SOCHI

So there’s nothing new about the Russian Grand Prix. The idea of bringing the F1 circus into the USSR actually first came to Bernie Ecclestone, Formula 1’s then-ringmaster, round about the time of the Olympic Games in Moscow, back in 1980. He came to the capital of Russia where he met the Soviet leader at the time, Leonid Brezhnev, who also happened to be a passionate car collector, but even Bernie couldn’t make it happen.

Over the years, there were more and more projects to get an F1 race off the ground in Russia (with the sport only regularly televised there since 1992) in varying degrees of realism. Most never stood a chance. It was only in 2008, when construction of Russia’s very first international circuit finally got underway close to Moscow, that it became a genuine possibility. The Moscow Raceway was designed by renowned German circuit architect Hermann Tilke and completed in 2012, but never hosted a Formula 1 race in the end. The first international competition to take place there was the World Series by Renault, and there have also been rounds of World Superbikes, World Touring Cars, and the German DTM series.

Everything changed though when Sochi was awarded the 2014 Winter Olympics. In order to justify the massive investment, the government needed to find an ongoing purpose for all the infrastructure once the Olympics had moved on. And Formula 1 was finally the answer.

Tilke was once again entrusted with the job of creating the circuit, with construction of the grandstands and start-finish straight actually beginning before the Olympic Games, as the very first race there – won by Lewis Hamilton – took place in October 2014. Russia already had its Formula 1 heroes of course, starting off with Vitaly Petrov, known as ‘the Vyborg Rocket’. In 2010, he made his Formula 1 debut with Renault, and he was followed by Daniil Kvyat (currently a reserve driver for Alpine) and Sergey Sirotkin, who drove for Williams in 2018. Haas driver Nikita Mazepin is the only Russian driver currently on the grid for now, but perhaps the country’s biggest star in the making is Robert Shwartzman: a previous Formula 3 champion (who won his title at home in Sochi in 2019) and Ferrari Driver Academy member, now racing in Formula 2. He’s currently third in the standings with everything still to play for over the next three rounds – starting in Sochi. Will he become the next Russian Formula 1 hero?