After a delay of more than a year due to the Covid-19 pandemic, one of the most eagerly-awaited racing returns finally becomes a reality this weekend 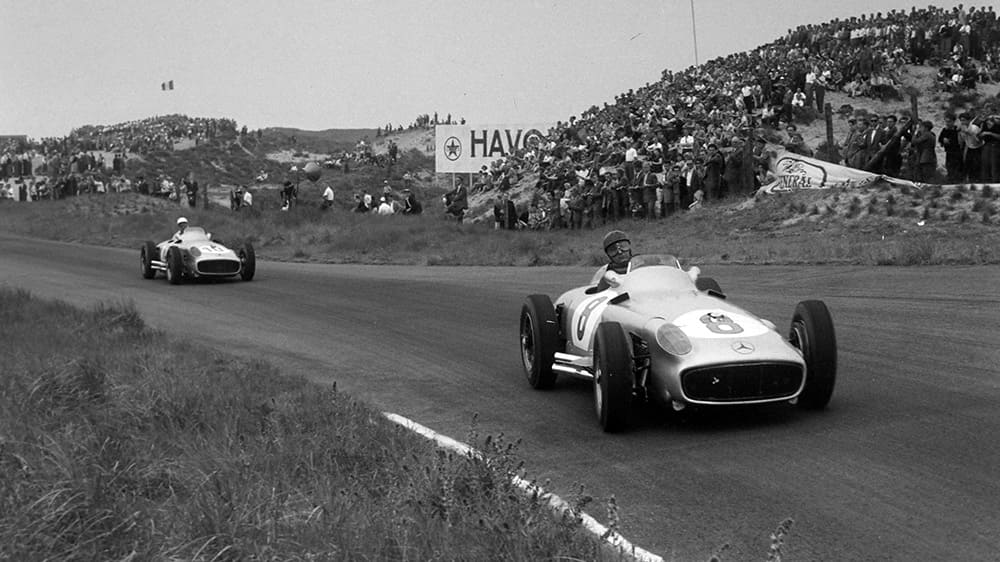 FROM FANGIO TO VERSTAPPEN

In its day, the Zandvoort circuit – located, as the name suggests, among the sand dunes of the Dutch coast – provided some of the most thrilling action ever seen on the grand prix calendar. It’s an old school, tight and fast circuit that takes no prisoners; rewarding bravery above all else. If there are some similarities in character to Suzuka in Japan, that’s no co-incidence, as the same person –John Hugenholtz – oversaw them both (although contrary to popular rumour, Hugenholtz didn’t design Zandvoort; instead he was circuit director, with the track actually designed by 1927 Le Mans winner Sydney Davis).

Zandvoort’s history dates back to 1939, when the first street race was held in the area. However, the first race on a permanent track was run in 1948, with the debut grand prix held (to Formula 2 regulations) in 1952: Prince Bira of Thailand triumphed. The first proper Formula 1 race at Zandvoort took place in 1955, won by the great Juan Manuel Fangio from pole position.

From then on, it became a regular fixture on the F1 calendar right up to 1985, when the company running the circuit went out of business and part of the land was sold for a housing development. Now it’s back, with a slightly different look, but exactly the same feel as before.

Max Verstappen, who drove some demonstration laps last year, said: “The track is really cool – especially Turn 3 where the banking is amazing. I didn’t expect the banking to be that big but it’s really cool to drive an F1 car on. The last corner is also pretty banked: with the DRS open through there it will be a good challenge and a lot of fun.”

GOING BACK TO THE OLD SCHOOL

The epic challenge that Zandvoort has always provided has led to some truly great moments in Formula 1 history. One of the most memorable was 1975, when young rock star James Hunt scored his first grand prix win with a team that nobody had taken seriously. After all, Lord Hesketh – the proprietor of Hesketh Racing – was the first to admit that his team only joined Formula 1: “because we were no bloody good at Formula 2”.

But at Zandvoort, it all came good. Hunt qualified well, and on a drying track following a rain storm before the start he went from wets to slick early: a crucial strategic decision that allowed him to win by just one second from Ferrari’s Niki Lauda. Ten years later, Lauda would take his 25th and last F1 win at the 1985 Dutch Grand Prix (from 10th on the grid) by only 0.2 seconds from his McLaren team mate Alain Prost.

Then there was the 1979 Dutch Grand Prix, which gave us one of the most enduring images in Formula 1. Ferrari’s Gilles Villeneuve had battled his way into the lead but lost it after a rear tyre burst, pitching the car into a spin. Like a rally driver, Villeneuve then fought his way back to the pits on three wheels, underlining the fact that giving up was never part of his mentality.

There are so many highlights of the 4.2-kilometre Dutch track: the famous Tarzan corner immediately after the start (apparently the nickname of a local farmer, who only agreed to sell his land if a corner was named after him), the epic Hugenholtz corner and the fast Arie Luyendyk turn that completes the lap. These last two have been enhanced by spectacular banking that tops out at 18 degrees; an idea thought of by the late Charlie Whiting. To put that into context, the Indianapolis banking in the USA is about nine degrees, and the Monza banking in Italy starts off at around 21 degrees. So this should make the track faster and help overtaking. Lewis Hamilton raced at Zandvoort in Formula 3 in 2005 and remembers: “It was really cool to race there. But overtaking was difficult.” Maybe not this year…

In any case, it’s not Hamilton who the fans will be rooting for. With a two-thirds capacity crowd confirmed for the race (restricted due to Covid-19 regulations) the ‘orange army’ will be out in force to support their local hero. There’s never actually been a Dutch winner of the Dutch Grand Prix: the closest we have come to it is Jacky Ickx from Belgium winning at Zandvoort in 1971. Max Verstappen aims to put that statistic right this year. If he does, expect the place to go crazy.