Faced with the need to create a full yet varied F1 calendar under challenging circumstances, championship organisers came up with a number of exciting solutions. One of the most innovative takes place in Bahrain 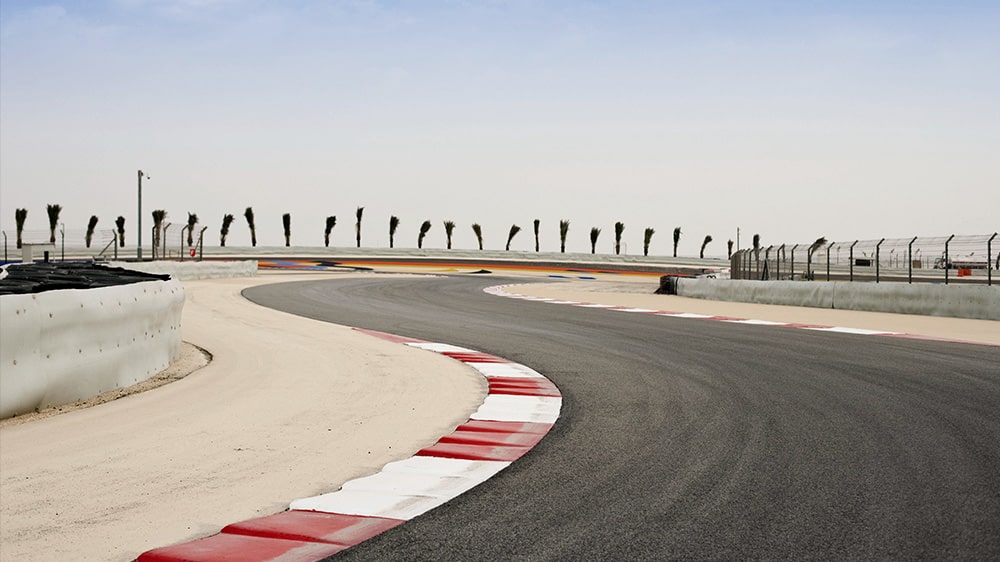 It took a little bit of creative thinking for Formula 1 to achieve a 17-race calendar for 2020. There have been visits to new and returning circuits, such as Mugello, Imola and Portimao, as well as back-to-back races held at the same venue, in the cases of Spielberg, Silverstone and Bahrain.

There will be something different about the Bahrain double-header, though. Different track layouts are to be used for each weekend, promising two very different races.

The Bahrain Grand Prix will take place on the usual 5.4-kilometre track that is highly-familiar to F1 fans, having been used for every race there except the 2010 edition, when a slightly longer configuration was used.

The Sakhir Grand Prix that follows a week later will be staged on the shorter outer circuit – an exciting unknown for everyone. It has even been likened by many to an oval circuit, including by renowned engineer Ross Brawn, who first raised the idea of using it in his role with Formula 1. Strictly speaking, it isn’t an oval at all. For one thing, it has both left and right turns: 11 of them in total. But it is a short lap: At 3.5 kilometres it is longer only than Monaco, and that’s by just 0.2 kilometres.

In terms of lap time it will be the shortest, with times expected to be under 60 seconds. And the nature of the circuit means many are hoping for a style of racing that’s similar to what might be seen on an American oval. Fast, frenetic, and hectic, with slipstreaming, tactics, and several changes of lead in other words.

What exactly is the outer track in Bahrain? It uses the same pit straight and opening complex of corners as the grand prix layout, but after Turn 4 it sweeps left instead of right, shunning the circuit’s technical infield for a series of quicker corners. It rejoins the regular track at what would usually be Turn 13 for the long straight that precedes the final corner.

With the three long straights retained for the alternative layout, much of the lap will be spent at full throttle. The slipstream effect is likely to play a major part in qualifying and the races, and the cars will probably run with low downforce setups to maximise straight-line speed.

In this sense, the Bahrain outer track could most be likened to Monza. The ‘Temple of Speed’ actually used to feature its own (banked) oval layout, which still partially stands today. It was combined with the more regular circuit through the parkland to create a 10-kilometre track that was used for several editions of the Italian Grand Prix in the 1950s and early ‘60s. So there’s actually nothing new about F1 racing on an oval-style layout.

But even without the oval, the modern circuit at Monza is all about high speeds and long straights – albeit punctuated by several tight chicanes. Similarly, the corners on the Bahrain outer track ought to set up opportunities to overtake down the long straights.

Yet the straights at Monza and in Bahrain are nothing in comparison to the AVUS circuit in Berlin, which hosted the 1959 German Grand Prix. AVUS was oval-like in its simplicity, being effectively just one long section of dual carriageway with a hairpin at one end and a steeply banked turn at the other.

The only true oval to have featured on the Formula 1 calendar is also the most famous oval track in the world: Indianapolis. Long before F1 took to the infield for the United States Grand Prix in the 21st century, the Indy 500 was actually part of the world championship calendar between 1950 and 1960.

Even still, it was almost exclusively an American affair during that period, even though Ferrari did take part with Alberto Ascari in 1952. It was only in subsequent years that European teams and drivers like Lotus and Jim Clark went over and mastered the very different demands posed by racing on a banked oval.

In contrast, Bahrain’s ‘almost oval’ will be much closer to a regular grand prix circuit, complete with heavy braking zones. But it still has the potential to really mix things up and provide some exciting action. As AlphaTauri team principal Franz Tost said: “It will maybe be a little bit chaotic but entertaining, we will see. And in the race, we will see how it is with overtaking, because all the cars are very close together. So we will see how good the top cars are – and how many times they will lap everyone!”

Formula 1 returns to Portugal: history and past events