Rally Estonia is next up on the WRC calendar, as the action switches to rapid gravel. Fasten your seatbelts… 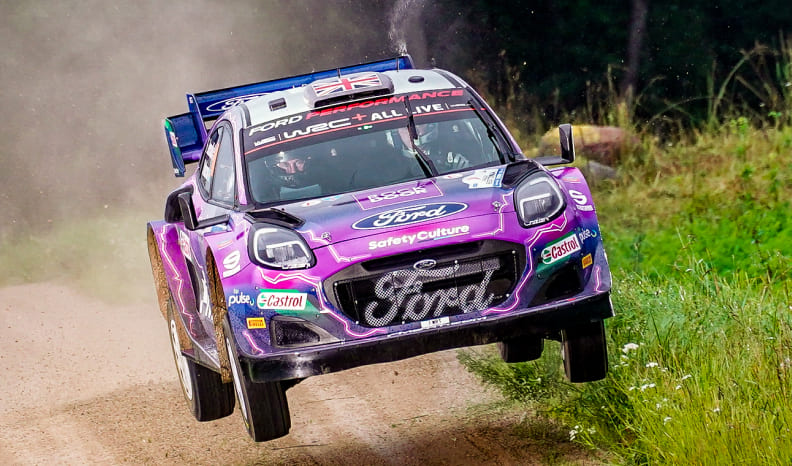 For a nation of just 1.3 million people, Estonia has produced an impressive quantity of fast rally drivers. Markko Martin was its trailblazer in the World Rally Championship in the late 1990s and early 2000s, becoming a works driver for Subaru, Ford and claiming five rally wins.

Where Martin left off, his protege Ott Tanak carried on. Like his compatriot and mentor, Tanak has preferred to let his driving do the talking ever since he burst onto the scene through the Pirelli Star Driver scheme in 2010. There were several bumps in his road to the top, most of them literal. But two wins in 2017 with M-Sport Ford were a breakthrough, and in 2019 Tanak became a dominant champion with Toyota: interrupting an otherwise-unbroken 18-year streak from that famous pair of French Sebastiens: Loeb and Ogier.

Such an achievement on the global motorsport stage was a huge deal in Estonia, where Tanak has twice been named athlete of the year, and the country’s flag can be seen by the side of stages on just about any round of the WRC – in scenes similar to those that follow Max Verstappen in Formula 1. This popularity also led Rally Estonia to join the WRC calendar in 2020, when it stepped in to save the season amid the Covid-19 pandemic. Tänak, now driving for Hyundai, took a home win.

The 2021 Rally Estonia was won not by Tänak but by Kalle Rovanpera, becoming the youngest event winner in WRC history at the age of 20. And it has turned out to be the rally that opened the floodgates for the Finnish prodigy, who has won six out of 12 rallies in the past 12 months.

That includes four of the last five rounds after he led a Toyota 1-2-3-4 on the arduous Safari Rally in Kenya. As a result, he’s 65 points clear in the championship arriving at the halfway stage of the season, with Colin McRae’s record as the youngest-ever champion (achieved with Subaru and Pirelli 27 years ago) well within his sights.

If anyone can stop Rovanpera, it’s most likely to be the Hyundai duo of Tanak and Thierry Neuville. Tanak interrupted the Rovanpera winning streak with victory in Sardinia last month, but a non-finish in Kenya means another win on home soil would be very much welcome for the Estonian hero and his devoted fans.

Tanak maintains a reputation as one of the absolute fastest drivers in the WRC and it’s little surprise when one sees the high-speed Estonian stages on which he learnt his trade. The smooth, rapid roads meant that even before it joined the WRC schedule, Rally Estonia was popular with teams and drivers as a warm-up for the championship’s outright fastest event, Rally Finland.

That’s not to say the event is a carbon copy of what can be found on the other side of the Baltic Sea. The typical stage surface in Estonia is softer and sandier, which means it often becomes rutted for the second pass, and in recent years the organisers have introduced some slower and more technical sections to mix things up. The need for grip makes the soft-compound version of Pirelli’s Scorpion tyres most favourable, despite the high speeds and the possibility for high temperatures as experienced on last year’s event.

Usually, slower and more technical stages might count against the stereotypical strengths of a Finnish driver. The bad news for Rovanpera’s rivals is that he’s proving to be quick just about anywhere, having already won on Swedish snow, Croatian asphalt, Portuguese gravel and the Kenyan plains this year. He also grew up driving rallies in the Baltic nations before he was even old enough for a road licence, so knows better than most how to tame them.

But for now, that’s all talk and speculation. The real action starts very shortly.

Read more
Related Stories
The characteristics of rally tyres
race
Back on Safari
race
What does the co-driver do?
race
MOST READ
F1 GP: A new era