Croatia Rally, getting to grips with the smooth stuff

There’s asphalt and there’s asphalt. The opening sealed-surface round of the World Rally Championship, held for the first time in Croatia, puts Pirelli’s P Zero tyres to the test 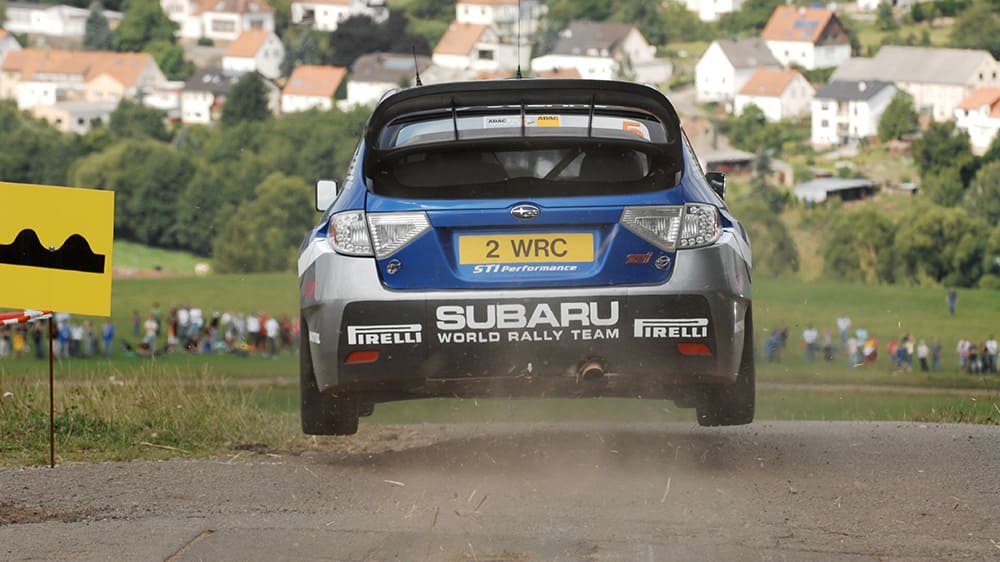 To the naked eye, the track surfaces at most racing circuits look very similar. There are some notable exceptions – such as Sebring in the United States which is notorious for its sections of bumpy concrete – but Formula 1 circuits are generally very smooth and uniform, which is just the way the drivers like them. Look closer and there are a surprising number of differences: Bahrain’s track surface is known for being highly abrasive thanks to its high granite content, while neighbouring Abu Dhabi is super smooth.

From circuits to stages

In rallying, however, the differences are far greater: on every round. Of course, most rallies take place on gravel and some – such as the two events held so far this year, Monte Carlo and Arctic Finland – are held on snow and ice.

But looking purely at the asphalt events alone, there is a huge range of different surfaces, such is the variety of materials and technologies used to build public roads across the globe. Often, drivers must deal with changes of surface within a single rally, or sometimes even within a single stage.

Traditionally, Rally Germany has been the perfect example of this.

Originally, the event was put together from three very different rallies all held in the same region, meaning that the WRC round has usually consisted of three distinct days with very different characteristics: One on narrow and twisting switchback roads through the vineyards above the Mosel River, the second on broken concrete tracks within the Baumholder military training grounds and another on fast and smooth country lanes.

That’s why rallying is the closest form of motorsport you’ll find to everyday driving: the cars look similar and so do the roads. For Pirelli, which specialises in high performance road car tyres, rallying is a vital real-world research and development opportunity.

This makes asphalt rallies a huge challenge for the drivers, for the engineers setting up the cars, and for the exclusive tyre partner – which from 2021 onwards is Pirelli, as the Italian company returns as sole supplier to rallying’s top level.

This year, the service park faces a brand-new all-asphalt challenge on the WRC’s first-ever Croatia Rally. Surface changes are set to be a major element here too. According to the organisers, the drivers will face up to six different types of asphalt across the 20 stages. Some sections are very abrasive and well-worn, while others are freshly-laid and smooth. Feedback from pre-event testing and experience from previous years suggests that some places may also be deceptively slippery, thanks to the type of stone used in the construction.

After the wintery conditions experienced as usual on Rallye Monte-Carlo, Croatia will be the season’s first ‘pure’ asphalt event, driving on (relatively) clean roads. For such rallies, Pirelli has developed the new P Zero RA tyre in hard and soft compounds. The hard is designed to handle the longest of stages and the highest temperatures, with the soft intended for cooler or more slippery conditions. This has all the performance attributes that you would expect from a P Zero for the track or for the road, matched to specific characteristics that are optimised for rallying.

Because weather conditions can change in the middle of a stage, and drivers have to legally drive their cars on public roads, a rally tyre cannot be a true slick like in circuit racing. The tread pattern is asymmetric, with two longitudinal grooves running around the internal part of the tyre to help with water drainage on wet stages, while the flatter outer part of the tread maximises grip and lateral stability through the corners.

Finding the right compromise between rubber and drainage on the tread pattern, as well as the correct compound, is the fundamental key to speed and therefore success.This is what Pirelli has been working hard on throughout its WRC development campaign, but the whole point of rallying is that conditions are unpredictable and constantly varying.

For extreme wet conditions there is also a dedicated rain tyre: the Cinturato RW. This has a symmetric tread pattern with deeper grooves to clear standing water and reduce aquaplaning – and vital for really heavy rain. A rally car can carry up to six tyres: four on the car, and two spares in the boot. So sometimes drivers choose to take a very wide range of tyres to cover all potential conditions: even though two slicks and two wets, for example, would hardly be an optimal choice under normal circumstances. Their thinking is that even just two wet tyres, in the event of an incredibly heavy downpour, is better than no wets at all. Rallying is about improvisation.

As well as Croatia, Pirelli’s latest range of asphalt tyres will additionally be available on two other new WRC events this season in Belgium and in Japan, not to mention Spain – which returns as an all-asphalt event with its popular circuit-style super-smooth stages, having been a mixed-surface rally for the previous decade. Together, these rallies could well be among the most-action packed of the season. Gravel may be the predominant surface on the WRC, but on asphalt the margins are always so much finer…

Read more
Related Stories
Gravel tyre: playing fast and loose
race
A star is born
race
Arctic Rally 2021: how competition tyres improve grip on snow and ice
race
MOST READ
When the reality is more than we ever expected