Colin McRae,
the champion of champions

Colin McRae’s cars returned to action once more at Rally Legend in San Marino, 10 years after the former world rally champion passed away 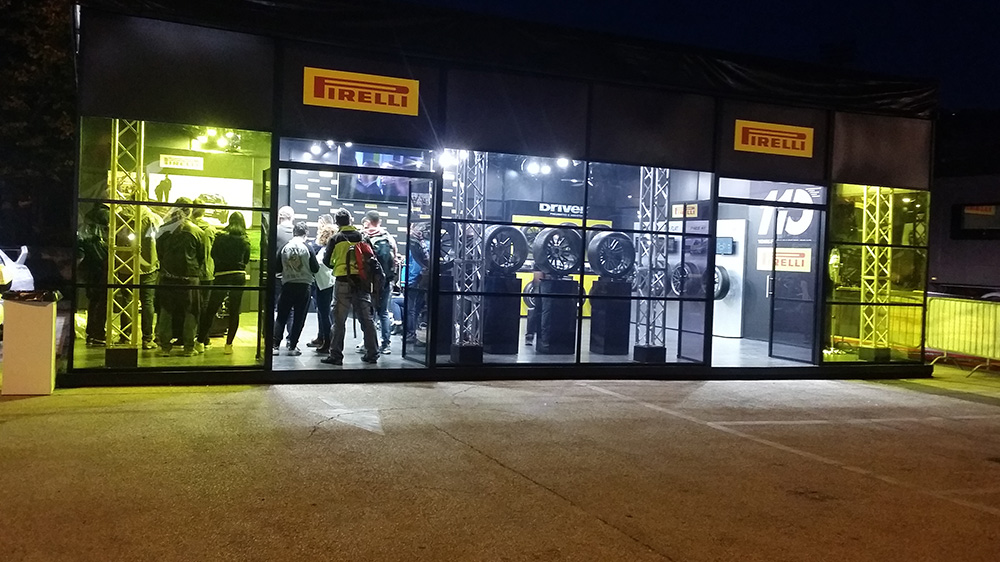 For so many years, 1995 world rally champion Colin McRae spread dust and thrills all over the world, aboard mud-spattered machines that captured the hearts of generations of fans. Last weekend, he did again. Of course, it’s been 10 years now since Colin left us, but his legacy lived on at the 15th Rally Legend show, in San Marino, which recently celebrated his life with a special tribute and display of his most iconic cars. His Citroen Xsara WRC, for example, was driven by his protégé Kris Meeke ¬– who even lived with Colin in Scotland as a youngster.

“To have been able to celebrate Colin’s life in this way, driving his car, in front of his family, was an amazing experience,” said the Northern Irishman. “Colin is someone who I always carry in my heart.” The Colin McRae Tribute was a resounding success and an unmissable occasion for all rally fans. Colin will always be remembered for his flat-out and flamboyant driving style, as his rivals often recall. Many of them were there at Rally Legend, in a roll-call of heroes that included Sebastien Loeb, Petter Solberg, Miki Biasion, Sandro Munari and current WRC leader Sebastien Ogier.

McRae always treated his fans to a virtuoso display of artistry behind the wheel. His cars rarely remained in contact with the ground for any great length of time, whether driving through deserts, mountains or muddy tracks. He made his name with Subaru, where he became the youngest world rally champion in the history of the sport in 1995, before a four-year stint with Ford from 1999, driving the new Focus WRC. In 2003, he moved onto the Citroen World Rally Team: his last full-time drive in the WRC. He ‘only’ won the world title once, in the Group A Subaru Impreza 555, aged 27, but was second on three occasions: 1996, 1997 (by just one point) and 2001. The numbers didn’t really mean anything to him though. It was all about the driving.

Colin’s legend was built over time, thanks to legendary performances that constituted the ultimate test of bravery. Somehow, he often managed to drag battered cars – which really shouldn’t have been going anywhere – to the finish line. Cars that had been wrapped around trees and drowned in river crossings, suffocated by dust and smothered in snow: yet by sheer force of will he made it to the finish. His driving style was one that defied both gravity and physics, with instinctive inputs that reacted to oversteer and understeer almost before it began, working the suspension overtime. There were no limits, no such thing as impossible. And at the end of it, there would often be Colin and his co-driver standing on the bonnet or the car’s roof, spraying their disbelieving team with Champagne. Against the odds, Colin made it happen.

For Colin’s parade on Sunday 22 October, as well as Kris Meeke in the Citroen, there was a stellar line-up that included Hyundai’s Thierry Neuville, Sebastien Loeb driving a Citroen C4 WRC, Alister McRae driving the legendary Subaru Legacy (which Colin used at the start of his career) and Colin’s father Jimmy with a Ford Sierra. “Getting all these champions here to pay tribute to Colin was a great result,” said Rally Legend organizer Vito Piarulli. “And to have them here with Colin’s family as well was even more special.”

Having got away with so many frightening accidents in a rally car over the years, it was cruelly ironic that Colin met his end in a tragic helicopter accident. He was just 39 years old when the helicopter fell and caught fire just a few kilometres from his house in Lanark, Scotland. With him was his son Johnny, as well as two other passengers. There were no survivors, and the news rocked not only the rally world but everyone who admired this seemingly invincible hero.

Colin may have been best-known in Subaru blue and with a Pirelli cap on his head, but he always had a desire to try out different cars – usually powerful ones – and even different championships, all over the world. After dropping out of the World Rally Championship in 2003, he continued to compete. Among his achievements, for example, was a third place in class (and ninth overall) at the 2004 Le Mans 24 Hours in a Ferrari. Then there were his Dakar campaigns, and at the time of his death he was working on a WRC comeback.

Nicknamed ‘McCrash’, he not only influenced a whole generation of young drivers – including Ogier – but also a generation of gamers. The ‘Colin McRae Rally’ computer games, also available on PlayStation and Xbox, introduced the sport to so many people worldwide, who enjoyed the challenge of competing against Colin’s rivals through some astonishingly realistic landscapes.

The Colin McRae Tribute at Rally Legend showed just how loved the Scot still is. As well as the 15 world champions who came together for Rally Legend, Colin’s father Jimmy, mother Margaret, brother Alister and 19-year-old daughter Hollie also made the trip to San Marino. For them too, so much time has passed. But the memories never fade away, and the legend of McRae only gets bigger.

Read more
Related Stories
Japan’s alternative heroes
race
Where there’s a Wilson, there’s a way
race
New kid
on the block
race
MOST READ
Getting the show
on the road