In its début year, the latest track-ready car from BMW Motorsport immediately triumphed in the prestigious 24 Hours of Spa-Francorchamps and is still going strong 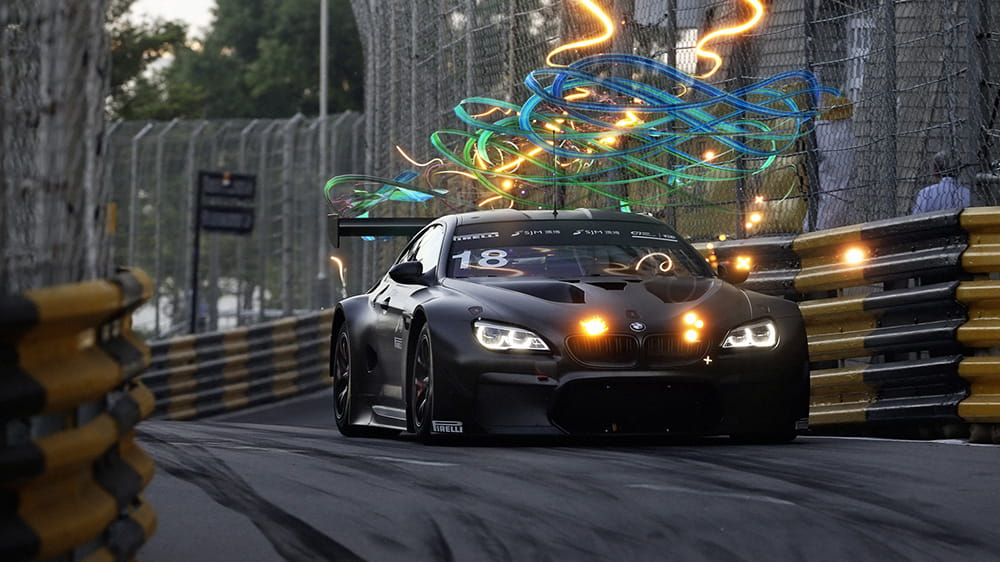 The star of this story boasts a unique feature that marks it out it from all its challengers. Which one? The M6 GT3 is the nineteenth and for now the latest BMW Art Car.

This glorious lineage began in 1975 from the idea of the French driver and auctioneer Hervé Poulain, who entrusted his 3.0 CSL to artist and friend Alexander Calder. Poulain had no hesitation in using it in that year's 24 Hours of Le Mans. Since then, eighteen other works of art have appeared on racing cars and series production models from the Bavarian company's factories. After Calder it was Frank Stella's turn - another 3.0 CSL, then Roy Lichtenstein who in 1977 transformed a 320i Group 4 and two years later Andy Warhol. The M1 Group 5 he painted also took second place in its class in the French 24 Hours of 1979. In the 1980s two M635 CSi cars were individually embellished by Ernst Fuchs and Robert Rauschenberg, after which Miguel Nelson Jagamarra and Ken Done did likewise to the M3. In 1990, Matazo Kayama and Cesar Manrique respectively completed a 535i and a 730i. Over the next decade they were followed by: A.R. Penck (Z1), Esther Mahlangu (525i), Sandro Chia (M3 GTR), David Hockney (850 CSi) and Jenny Holzer (V12 LMR). Recent works include Olafur Eliasson (H2R), Robin Rhode (Z4), Jeff Koons (M3 GT2) and John Baldessari, who in 2016 embellished an M6 GTLM.

The Chinese artist Cao Fei performed the latest work in the series, which appeared in the 24 Hours of Daytona in 2017. Its livery represents the speed of change in China, harking back to tradition and forward to the future, a contemporary tribute to Asian ancient spiritual wisdom.

The M6 GT3 that currently races in the Blancpain series was designed in 2016, to help BMW drivers and teams forget the very jittery performance of the Z4 GT3: a genetic feature produced by the very short wheelbase. The newcomer immediately hit the spot thanks to a wheelbase better suited to racing use and the work of the German technicians.

Unlike its predecessor, whose engine wasn't derived from the car it resembled but from the road M3, the M6 GT3 has a very similar engine to that of its base model in the company's road range. It comes with a 4.4-litre aluminium V8 with dry sump lubrication system.

The latter technology has been adopted in competitions because it eliminates any risk of oil shaking in the sump, due to the centrifugal force generated on high-speed turns. The drive unit is supercharged by two M TwinPower Technology2 turbochargers and can generate up to 585 hp; power is delivered to the ground via a Ricardo six-speed sequential gearbox with steering wheel controls. The racing version weighs about 1300 kg, 300 kilos less than the M6 approved for public roads.

At the end of 2017, the parent company made an Evo package available for all gentleman drivers involved in the 2018 and 2019. seasons. The kit, available in two variants, both developed by Jens Marquardt for BMW M GmbH, optimises many of the car's components, aiming to make the German coupé even more versatile and faster. The safety equipment has also been refined, improving the vehicle's robustness and durability.

The changes focussed mainly on four macro areas: aerodynamics, suspension - for which a fourth additional setting was developed -, differential, and braking system - now with self-ventilating discs made of Makrolon, equipped with six pistons at the front and four at the rear. The project stands out for its adoption of a series of aerodynamic appendages adapted to suit the individual racetrack layout and based on a specific front splitter, side skirts, wheel arches designed to accommodate 18” BBS wheels with 13" channel that mount, as per the regulations, the P Zero DHD2 for dry and the Cinturato WH for wet tarmac. A large rear spoiler and a lower diffuser that greatly improves aerodynamic efficiency at high speeds, complete the package. Inside, the equipment - in compliance with FIA rules - includes integral rollcage, fully digital instrumentation and carbon fibre driver's seat with six-point safety belts.

Read more
Related Stories
Mclaren GT: the grand tourer
that changes the rules
road
Five things you may not know about
the Lamborghini Super Trofeo
race
The history of
the AUDI R8 LMS
race
MOST READ
Supercars -
dream cars