Blancpain GT Series
is back

They look a bit like luxurious showroom models, but every fibre of them is pure racing car. We’re ready for another GT season… 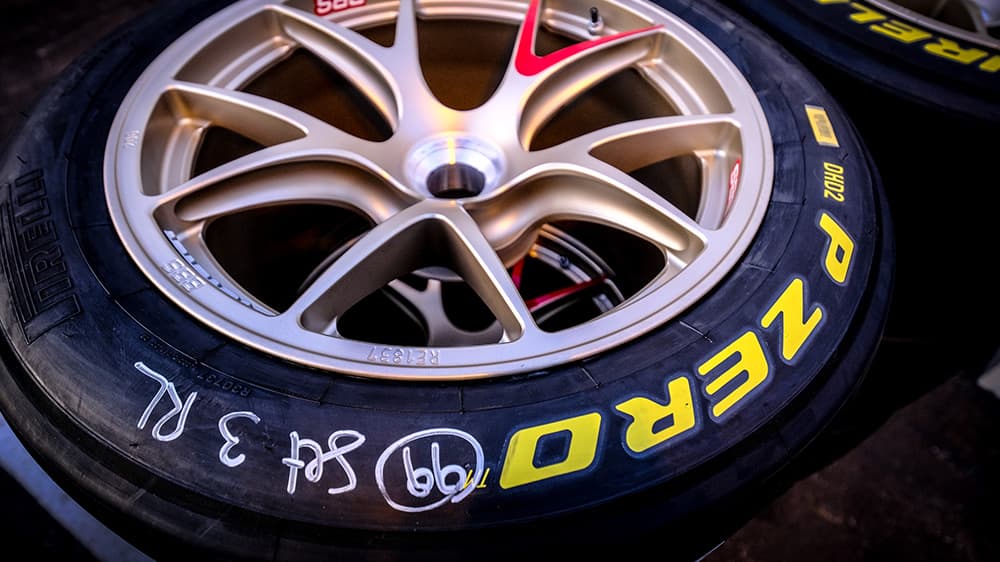 Grand touring in France
Gran Turismo. Two of the most romantic and evocative words in motorsport, conjuring up long distance blasts across continents. And this year’s Blancpain GT Series has already got underway with two days of testing at Paul Ricard in France.

There’s an array of new models joining the line-up this year, including the Aston Martin Vantage GT3, McLaren 720 S GT3, Porsche 911 GT3, Lamborghini Huracan GT3 EVO, Honda NSX GT3 Evo. The grid at the first race – Monza on April 13-14 – will include a host of prestige manufacturers, many of which use Pirelli as original equipment on the road. If the times at Paul Ricard were anything to judge by, with the top five covered by just 0.3 seconds, the competition this year is going to be even closer than last year.

Testing, testing…
Testing provides the teams with the opportunity to perfect their cars and set-up, plus get to grips with the Pirelli rubber that is used by the whole championship. For this season, teams will once again use the DHD2 slick tyre, as well as the WH wet tyre. It’s just one tyre that has to work for all the teams and the various cars – which often have very different characteristics.

The Blancpain GT Series is made up of both Endurance and Sprint events, and the Sprint series has been renamed as the Blancpain GT World Challenge Europe this year, to complement the other championship titles in both Asia and America. Pirelli will be supplying SRO, the championship promoters, with tyres for all the championships up to 2023, underlining the Italian firm’s commitment to GT racing.

Coming soon to a track near you
So what’s new? Honda will have a full-season GT3 endurance car for 2019 with Jenson Team Rocket RJN, a team part owned by Formula 1 driver Jenson Button. The team will field a Honda NSX GT3 Evo and the car’s livery echoes Button’s 2009 F1 championship-winning Brawn GP livery.

Garage 59 will return to the series this year, but with an Aston Martin Vantage GT3 instead of a McLaren 650S GT3 and Phoenix Racing returns to the Endurance series with an Audi R8 LMS Evo.

The calendar stays largely the same as before, with the highlight being the 24 Hours of Spa, which for 2019 has been expanded by a couple of days. Aside from the exciting track action, the competitors will once again head to the centre of Spa for a Supercar Parade. Star drivers this year include Mirko Bortolotti, Christian Engelhart and Matthew Meadows.

At Paul Ricard 47 cars took to the track, made up of 32 teams and 11 different cars. Each team completed many hours of testing across the two days, with the Honda NSX GT3 Evo topping the table in the hands of Marco Bonanomi. It’s too close to call.