Back to the future
of rallying

Next year’s World Rally Championship is getting closer and closer. And with it, Pirelli’s comeback to the special stages 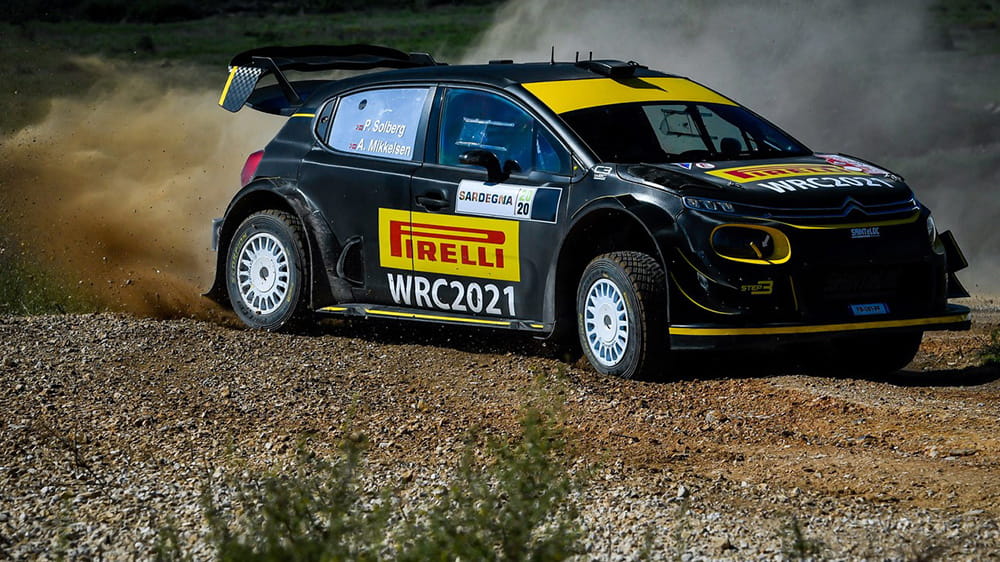 From the past to the present

Pirelli will return to the World Rally Championship in 2021. In fact, the Italian company had never been away, but this will be the first time it has equipped the leading teams and drivers since 2010.

This means a comeback to the top level of rallying for one of the sport’s most iconic brands. Pirelli’s history in the WRC is as old as the championship itself: the Italian firm’s first victory came in the very first WRC season in 1973, when Achim Warmbold won the Rally of Poland in a Fiat Abarth 124.

In the early years the world championship itself was reserved for manufacturers, and Pirelli celebrated three consecutive titles from 1974 onwards with its tyres fitted to the incredible Lancia Stratos. With the same car, there were a hat-trick of wins at the Monte Carlo Rally in the hands of Sandro Munari.

When a drivers’ title was awarded for the first time in 1977 (as the FIA Cup for Rally Drivers), it went to Munari aboard his Pirelli-equipped Stratos. He was succeeded by Markku Alen for Fiat, and Walter Rohrl became world champion in 1980 also with Fiat. Then, when Ari Vatanen became the first and only driver to win the WRC as a privateer (rather than being employed by a manufacturer) in 1981, he did so with Pirelli tyres on his Ford Escort.

Group B to WRC

Moving into the famed Group B era, Pirelli tyres were fitted to the Lancia 037 that claimed another manufacturers’ title for the Italian marque in 1983, and the Delta that scored the first titles of the Group A period in the hands of Juha Kankkunen four years later.

More firsts followed, with Pirelli tyres being fitted to the first Japanese car to win the WRC: the Toyota Celicas of Carlos Sainz in 1990 and 1992. Another Japanese make, Subaru, went on to score drivers’ titles with Colin McRae, Richard Burns and Petter Solberg, all on Pirelli tyres. Citroën legend Sébastien Loeb even claimed three of his record-breaking nine world titles with Pirelli rubber during the company’s most recent stint as exclusive supplier between 2008 and 2010.

Since then, Pirelli has continued to supply the secondary Rally2 category for R5 cars but things have moved on a lot in the top class. In fact, the current generation of cars are the fastest to have ever competed in the WRC. To prepare, Pirelli has undertaken an intense testing programme over recent months with a Citroën C3 WRC – chosen to represent the demands of the current crop of cars while remaining impartial to the manufacturers currently competing in the series.

Andreas Mikkelsen – a three-time rally winner in the WRC – has driven around 1400 kilometres in the C3 on both gravel and asphalt in Sardinia, providing his feedback about the prototype tyres to Pirelli’s engineers. The gravel tyres then made their public debut on the WRC round in Sardinia in October when Solberg returned to drive the C3 on the rally-ending power stage.

Rallying remains the most comprehensive test of a tyre manufacturer’s product range within motorsport. The first two events of a typical season are proof of that, with the wintery conditions of Monte Carlo and Sweden both necessitating special tyres to be produced specifically for use on each event. Pirelli already carried out testing of these tyres in snow and ice conditions during last winter, and teams will test with them in December once the current season ends.

The rest of the calendar for 2021 includes a number of new challenges: an asphalt event in Croatia in April, a return for the notorious Safari Rally in Kenya in June and a comeback for Japan as a sealed-surface finale in November. The UK round could also provide a very different test, with muddy Welsh forests to potentially be replaced by the tarmac lanes of Northern Ireland. On top of that, there’s the usual rugged gravel dates in Portugal and Sardinia and a double dose of high-speed events in Estonia and Finland, plus returns to Chile’s forest stages and Spain’s ultra-smooth asphalt.

With the company’s track record and expertise in rallying, the world’s best drivers can be confident that the new tyres will be up to the task whatever the surface.

Rachele Somaschini:
my life in rallying