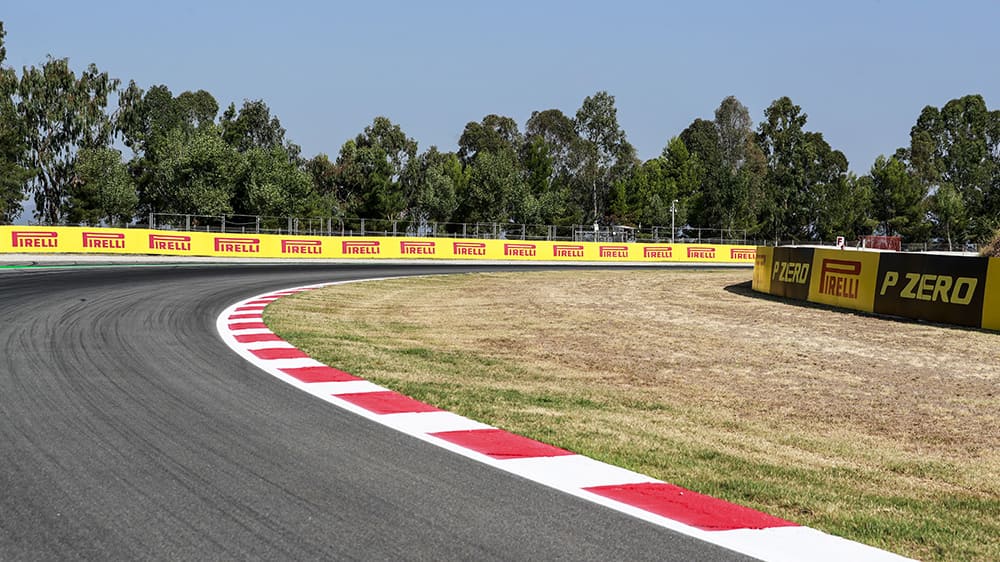 Barcelona, or the Circuit de Barcelona-Catalunya – to give the circuit its full name – is an enduring survivor. It’s been on the Formula 1 calendar since 1991 and not missed a single year, as well as being a regular fixture for pre-season testing. All this despite the fact that the track was actually removed from the calendar last year (before being reinstated).

It’s also had to deal with complex issues in the past that have ranged from economic difficulties, to soaring Covid rates, to unrest over Catalonian independence, and also accusations from some fans that the circuit is boring, which led to a chicane being installed in 2007 to help create more overtaking opportunities. The drivers and teams know the track like the backs of their hands, so another issue in the past has been teams not making full use of the free practice sessions, as they have a lot of the data that they need already.

Yet in spite of all these blows the race is still there, like a prize fighter who refuses to be knocked down. One reason why, of course, is the passion of local public (sadly not allowed to watch this year, due to Covid) and the support for Spanish drivers, with both Fernando Alonso and Carlos Sainz lining up on the grid again. What they’re hoping to see is a repeat of 2013 (the year that the Spanish Grand Prix celebrated its centenary): the last time that a Spanish driver won on home soil. And of course it was Alonso in a Ferrari,  having fought his way up from fifth in qualifying: quite an achievement on a track where starting close to the front is almost essential.

Most people don’t realise that the Spanish Grand Prix is one of the oldest races in history. The very first one took place in 1913: nearly 40 years before the F1 world championship was created. Appropriately enough, it was called the RACE Grand Prix (standing for Real Automobil Club de Espana) held on a 300-kilometre road course between Madrid and Valladolid. The winner was Carlos de Salamanca in a Rolls Royce; not a manufacturer you usually associate with flat-out competition these days.

Since the world championship was inaugurated in 1950, the Spanish Grand Prix has taken place at five different venues, but the current circuit is by far the most prolific, with 30 races to its name. The last four of them have been won by Lewis Hamilton (who also triumphed in 2014). If the Englishman wins again this weekend, he will join Michael Schumacher as the most successful driver at the Spanish Grand Prix. This year the challenge is a bit harder, as it’s the first time since 2014 that there hasn't been any pre-season testing at Barcelona – so the teams come to the circuit with their current cars for the very first time. Will that shake up the order?

So what is it about Barcelona that makes it such a survivor? Mainly, it’s because it’s an incredibly useful track that ticks most of the boxes needed for modern Formula 1. Namely, good weather throughout most of the year (even though it snowed for one Pirelli pre-season test, but that was in February), a central European location with a big nearby airport, plenty of space to move around, excellent facilities, circuit staff who know what they are doing and enough restaurants and bars to keep everyone occupied during some well-deserved downtime.

What's there not to like?The main reason though is the track itself. There’s a wide variety of speeds and corners, which makes it an excellent all-round test of a car’s capabilities. It’s often said that if a car goes well at Barcelona it will go well anywhere, so it’s probably no coincidence that the Barcelona winner has also been the world championship winner for the last four years. And this could well have been the case for the last five years too, had the two Mercedes not famously taken each other out in 2016 while fighting for the lead – leaving the way clear for Max Verstappen to sensationally triumph on his Red Bull debut. Pay close attention to the winner in Spain this weekend. It might just be very significant.

Read more
Related Stories
Formula 1 heads to Portugal – but not for the first time
race
Imola: the best of Italy
race
Three things to know about the Bahrain GP
race
MOST READ
The Pirelli P Zero trofeo r: to the clouds with the Urus