At the very limit.
And beyond

On the track, you have to take risks to get ahead. But you can only stay there if you remain in control

"You think you have a limit, and then you go for this limit. Something happens. And suddenly you can go a little further, with the power of your mind, your determination, with your instinct and also with your experience. You can fly very high. "The words of Ayrton Senna, a driver who was able to win a place not only among the greats of racing but also in the heart of countless motor sport fans. Because on every lap he would try to do better than the one before, to earn a tenth of a second, cut across a racing line or put off overtaking until later.

It is passion, commitment and determination which motor racing greater and cause the public to fall in love with the sport. These are all qualities that Pirelli strives to put into every single tyre it produces and constructors like Ferrari instil into every racing car they make. From the single seaters of Formula 1 to the grand touring cars of the Ferrari Challenge.

This single-marque competition from the Maranello Company began in 1993: since then, six GT road cars have been turned into six corresponding racing versions, fitted with six specially made tyre models. All from Pirelli. These cars are known as the "Challenges": from the first, the 348 Challenge, to the current 488 Challenge.

More than 1,000 drivers have got behind the wheel of these cars over the last 26 years. Most of them have been gentlemen drivers – men and women with a life outside of competitions, who at the weekend put on a helmet and overalls and climb into the cabin of a Challenge car. All of them are big fans of driving, sports cars and competition. Thanks to these drivers, Pirelli – the exclusive supplier for the Ferrari Challenge – has had the opportunity to study new ideas and solutions in typical track conditions, as people drive to the limit. But the Ferrari drivers and test drivers have also helped us to explore this field, pushing the Challenge cars into that murky area which is typical in their line of work: pushing beyond all limits while still maintaining control. “On the limit. Or just over” to use the words of Marc Gené, at the wheel of the Ferrari 488 Challenge, during the Finali Mondiali Ferrari at Monza. If you want to be the best, then you have to go in search of your limits in order to push past them. Only then can you be capable of making the difference, striving to maintain your balance on that thin line where you still have control and in that moment when you ask everything from your car and use every single millimetre of the tyre.

CARS AND TYRES: THE HISTORY OF THE FERRARI CHALLENGE
The Ferrari 348 Challenge was the first car to feature in the Ferrari Challenge. It was derived from the 1989 348 TB and TS cars and kept the V8 3.5 litre engine, capable of 320 CV. Unlike the road version, the 348 Challenge was fitted with special equipment, including slick tyres which were custom made by Pirelli. The first tyre for the Ferrari Challenge was a 17” with different dimensions for the front and rear (245/620-17 and 265/640-17). Just like the car, the tyres also had a link with regular road models: in order to produce them, Pirelli used the mould of the regular production P Zero tyres, though with a special structure and compounds.

The 348 ran its last races in 1996, with the new 355 Challenge already competing alongside it. The 355 also came from a sedan road car, including the engine, which was identical to the production cars and was capable of 380 CV. The race version did, however, have some special safety features for track use and different tyres: for this car, Pirelli developed the first 18" tyres for the Ferrari Challenge, a size that would be used on the track for more than ten years.

The year 2000 saw the début of the competition's third car, the 360 Challenge, which was derived from the 360 Modena. It had the same power as the road version (400 CV) but was lighter. The following year saw significant modifications made to the 360 Challenge, with its power increasing to 415 CV. The tyres also required greater performance levels, though the generation of Pirelli tyres created with the 355 were still capable of responding to the requirements of the cars and drivers, meaning that only an update in terms of size and compounds was needed.

The 430 Challenge represented an important leap forward for the competition: despite having the same 490 CV as the road version, several modifications were carried out as a result of Ferrari's experiences in Formula 1. It had the first carbon-ceramic braking system on a Ferrari race car, for example, and this meant that the tyres also needed a major update: the first 19" tyres were produced both for slick and wet tyres, though the latter became "full wet" tyres, with a custom made design.

In 2010, the acclaimed Ferrari 458 Italia Challenge car made its first appearance. It came to the track 100 kg lighter than the road version but with the same 570 CV, though it had a special electronic mapping system and a racing exhaust system. It was also fitted with an electronic rear differential that required significant collaboration from the tyres. This meant that Pirelli had to adapt the dimensions and compounds of its tyres, though the diameter of the rims remained the same.

In 2016 – the year of the birth of the new 488 Challenge – for the first time we began to hear the whistle of turbo engines on the track in the Ferrari Challenge: in 25 years of history, the new 488 became the first supercharged car to compete in the Ferrari Challenge. It had 100 CV more than the 458, while its beat the former lap time on the Fiorano circuit by more than a second. For the 488 Challenge, Pirelli developed a tyre with new dimensions to respond to the elevated performance of the car. 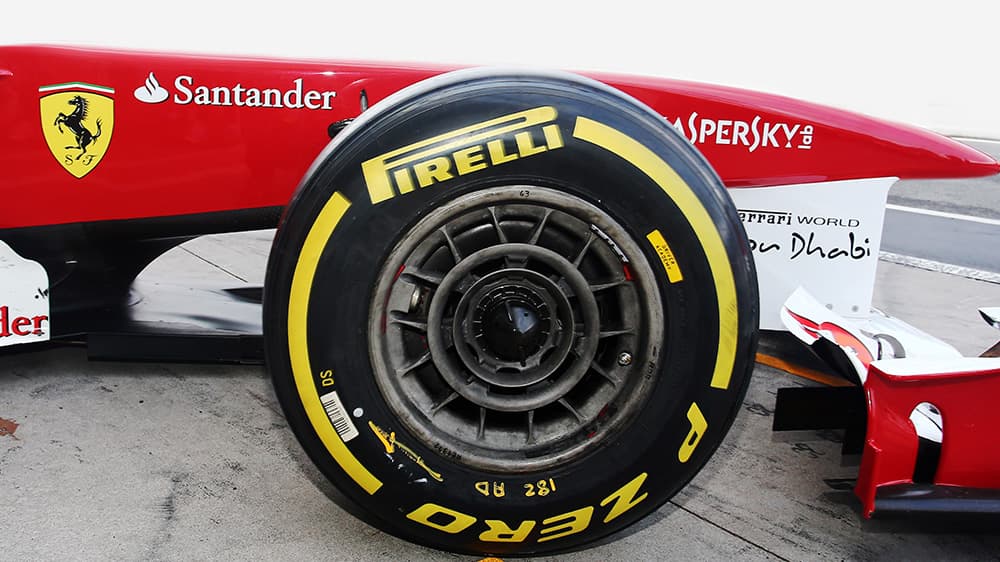 Read more
Related Stories
The king of
Ferrari Challenge cool
race
Living
the American dream
race
Racing to
the clouds
race
MOST READ
Jacques Villeneuve,
the rising and setting of the son