Ascari and
a destiny foretold 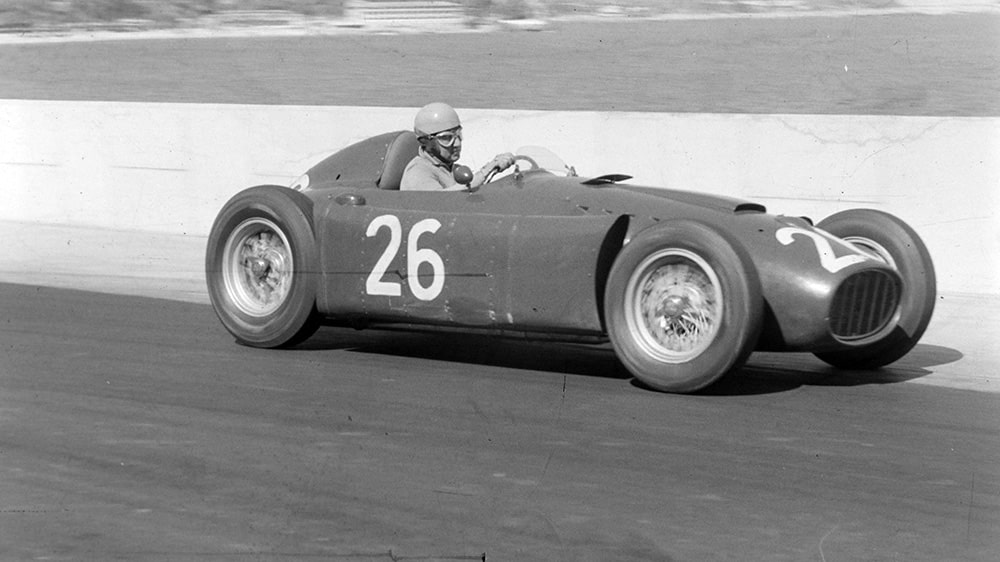 Alberto Ascari was the son of Antonio. And not only that, but both were drivers and both were champions. That’s almost a fashion in Formula 1: Damon Hill and most recently Nico Rosberg followed in the footsteps of their fathers by becoming world champions. Jacques Villeneuve managed to achieve what his father never got time for, with the life of Gilles Villeneuve tragically snuffed out in an accident that seemed like it was always going to happen. But Alberto Ascari achieved his own personal goal nearly 70 years ago, winning a title that didn't even exist back when his father was racing.

On Monday 13 July, Alberto would have been 102. He was only just seven when on July 26, 1925, his father Antonio lost his life when his car rolled into a ditch at the French circuit of Montlhery. Nine months earlier, Ascari Sr had dominated at Monza, setting a lap record of nearly 168kph that was astonishing at the time. At the beginning of 1925 he had also mastered Spa, which was well-known as the ultimate driving school. Alberto knew of all these things as part of family folklore, and by the age of 18 he too was ready to race. But not in cars; instead on bikes. Two years later he became a Bianchi factory rider, winning races both at home and abroad. But his paternal DNA must have been burning away inside him, as by 1940 Alberto had decided to switch to four wheels.

He made his debut on the Mille Miglia. His car was an Auto Avio Costruzioni 815 supplied by Enzo Ferrari, who had recently separated from Alfa Romeo and was dreaming of designing, constructing and competing with cars that bore his own name. As for Ascari, he made a stellar start: moving straight into the lead before a technical problem forced his retirement. There wasn’t yet a Formula 1 world championship, but Ascari had already cemented an important relationship with Enzo Ferrari.

The Second World War then stopped all racing activity entirely, which meant that Ascari couldn’t get behind the wheel again until 1947, when he took a Maserati to victory at Modena. One year later he claimed his first Formula 1 win, at the Sanremo circuit. Alfa Romeo offered him a seat in place of Achille Varzi, who had been killed at the Swiss Grand Prix. At Reims. Ascari was an excellent third, and then he returned to Maserati, with which he won in Buenos Aires at the beginning of 1949 before a nasty accident at Rio de Janeiro, where he sustained two broken ribs and a fractured shoulder blade. When Ascari returned to racing there was another surprise: Ascari went to Ferrari, winning in Bari (Italy), Bremgarten (close to Bern in Switzerland) and then Monza: repeating the success of his father 25 years earlier. Destiny was already calling.

In 1949, the governing authority of motorsport announced the very first Formula 1 world championship for the following year. The most important races all over the world were selected, with the new series beginning in May 1950 at Silverstone. Ferrari didn’t take part though – for contractual reasons – and Ascari had to wait until Monaco to make his debut in the new championship, finishing second in the principality to the legend that was Juan Manuel Fangio. As the season went on, there was nothing that Ascari could do against the flying Alfa Romeos: Nino Farina won the title, and Ascari could only manage another second place, in Italy, which put him fifth in the standings at the end of the year.

But there was a distinctly Italian flavour to those first seasons of Formula 1, both in terms of drivers and manufacturers. Ascari was a central part of that new Italian wave: he was fast both over a flying lap and an entire race distance, enabling him to establish a reputation that stretched far beyond his home country.

The 1951 season looked set to be Ascari’s year, but Fangio and Alfa Romeo were just too fast once more. The Argentinian won the title with just a six-point margin over the Italian, who set two pole positions and claimed a pair of race wins, at the Nurburgring and Monza. And Ascari didn’t just limit himself to Formula 1. At the start of the year, he also won the Rally del Sestriere – for normal touring cars. In April he entered the Mille Miglia but went off in the night, killing a spectator. He said that he was dazzled by car headlights in the crowd: a subsequent judicial inquest exonerated him entirely. In May, he took part in a race at the Genoa circuit at the wheel of a Ferrari, which caught fire after the engine broke. Ascari sustained burns to his arms and legs, but only lost the title at the very final grand prix – which he started from pole position before struggling with his tyre choice and handing the race win as well as the championship to the great Fangio.

So his real year was 1952. Ascari didn’t race in Switzerland in order to concentrate on the second race of the year at Indianapolis, where he retired with technical problems. After that, he went on to win all six remaining rounds of the championship, lifting the title with a maximum points haul – as only the four top scores counted back then. Another win in Germany – his third on the trot – gave him the honorific title of ‘master of the Nurburging’. The 1953 season was also stunningly successful for Ascari: six poles and six wins gave him another full-house of scores, a feat that was only equalled by Jim Clark in 1963 and 1965.

For 1954, Ascari left Ferrari and joined Lancia. It would be a disappointing year: he scored only one point while Fangio dominated the championship again with Mercedes. Ascari also survived a big accident in testing at Monza, where his Lancia ended up in a hedge while he emerged luckily uninjured. But Monza would be written into his fate.

In 1955, Lancia seemed finally to be able to fight on equal terms with Mercedes and Fangio. In Monaco, Ascari and Fangio set identical times during qualifying. On race day though, Ascari went off at the chicane after the tunnel (probably skidding on oil dropped by the Mercedes of Stirling Moss, which had retired) and somehow ended up in the harbour: one of the most spectacular accidents in Formula 1 history. This took place on May 22 and once again, the Italian was miraculously uninjured.

Four days later, his two friends Gigi Villoresi and Eugenio Castellotti invited him to Monza, where a test session with the Ferrari 750 Sport was planned. Ascari was a superstitious driver: he always wore the same racing shirt and blue helmet, he put on his shoes in a specific order, and he always carried with him two objects that had been given to him by his children.
By the time he got to Monza that day, the morning test session was already finished. Everyone was about to go to lunch, but Ascari said he would just do three laps – dressed only in his ordinary clothes, and without his usual talismans.  On the third lap, the Ferrari went off: in exactly the same place that Ascari had crashed his Lancia a year earlier. But this time, there would be no happy ending. The car flipped and crushed Ascari, who was already devoid of life by the time he arrived in hospital at Monza.

Ascari died aged 36 years and 10 months. Exactly the same age as his father Antonio, killed by that accident at Montlhery 30 years earlier.

The conformation of the country has favored...