Are you scared of the dark?

Driving at night is something that we all do. But how easy is it in competition? 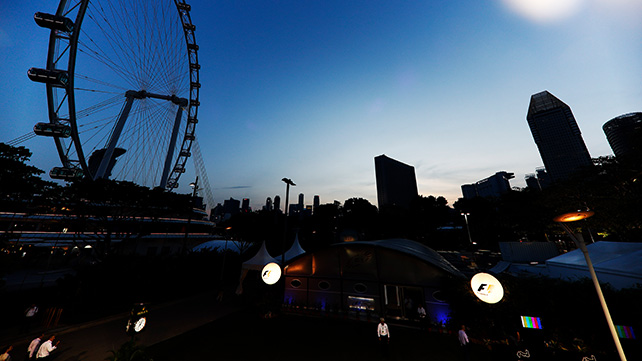 The rhythm of the night
We’ve all been there. You’re driving home late at night, tired, hungry; you just want to get there. Preferably hours ago. Behind your eyes are the tell-tale pricks of sleepiness: you crack open the window a fraction to get some airflow. Maybe stop for a coffee? But that’s just going to get you there even later. Driving at night is no fun.
Unless you’re in competition of course. Then it suddenly becomes a whole load more interesting. Formula 1 has only been happening after dark for 10 years, but the art of driving at night has long been a staple in endurance racing, and is a prerequisite of 24-hour races like Le Mans, first run in 1923. At this year’s Spa 24 Hours, over 60 Pirelli-equipped GT cars raced through the darkness at the Belgian Grand Prix venue – even if not all them made it to sunrise.
Night driving has always been part of the challenge of rallying too, with teams fitting extra lamps to their cars, which these days use LED pods that are around 10 times brighter than the halogen lights fitted to most road cars. But without other cars to follow on pitch-black roads that drivers don’t know by heart (unlike circuit racers), it’s their co-drivers’ pace-notes that are most crucial.
Two-time World Rally Champion Marcus Gronholm said of Rallye Monte-Carlo: “It’s sometimes a lot better to do those stages at night. You just see the road in front of you, and not the sheer drops! You follow the notes, nothing else. It’s a bit like driving in a tunnel.”
The rally drivers who are traditionally quick on night stages aren’t necessarily braver or can see more than their rivals. They just have better pace notes.

Seeing in the dark
In F1 there are no co-drivers, and no headlights. But the solution to make night racing possible in Singapore was to erect floodlights over the track. Lots of them.
Just as with its tyre supply, F1 relies on Italian engineering for the state-of-the-art lighting system, which features over 1,500 light projectors, connected by 108,423 metres of power cables.
The irony is that, for the drivers, it may as well be daytime. “The visibility is great and you don't really feel you are driving at night with all the lights on the track,” said Kimi Raikkonen. Before adding, in his own inimitable style: “You don't look at the sky, so it doesn't make any difference anyway.”
Another irony is that drivers actually get to sleep more at the night race in Singapore than they would during a conventional weekend. “We wake up late, the days are shorter and you’re able to sleep a lot,” pointed out Force India’s Esteban Ocon. “It’s my favourite weekend schedule – I am someone who sleeps a lot and in Singapore I can get my 12 hours per night!”
Compare and contrast with Le Mans. Nick Tandy, who won Le Mans alongside Nico Hulkenberg and Earl Bamber in 2015, commented: “I know that I need about an hour’s sleep throughout the race in order to not be tired the next morning while we’re still driving. I think the adrenaline takes over a lot.”
That’s probably putting it mildly.

Raining champions
Ever since the first Singapore race, the main question mark when it comes to visibility has been what it would be like if it rains, with the glare from the bright lights reflecting off the water. We’re still waiting to find out, because no session in Singapore has yet been affected by heavy rainfall, despite the region being known for it.
However, back in January of 2011, Pirelli conducted some wet tyre testing on an artificially dampened track after dark in Abu Dhabi, probably a world first. The driver was Pedro de la Rosa, at the wheel of a Toyota TF109.
“It was absolutely beautiful; a magical experience,” he said afterwards. “You had drops of water coming down like diamonds. It was nice to look at, an incredible experience, but in the end not very different to driving in wet conditions anywhere else.”
The biggest challenge in Singapore isn’t the night, but the sheer physicality of the race. It’s slow:  with 23 corners, 30-degree ambient heat, 80% humidity, and cockpit temperatures in the region of 60 degrees. Drivers can lose as much as three kilos as a result.
“Try thinking of what it would be like sitting in a sauna wearing a full fireproof race suit and helmet,” Lewis Hamilton explained. “If 10 is the hottest temperature of that sauna, then the Singapore race is a seven. And then you do a bit of a workout - some press-ups, running on the spot and so on.”
“It’s the only race of the season where you crack open your visor to let in some cool air and instantly wish you hadn’t because it’s hotter outside,” says Red Bull’s Daniel Ricciardo. “By the warm-up lap, your drinks bottle is the temperature of a freshly-poured cup of tea.”
The darkness – or the potential for rain – is actually the least of anybody’s problems this weekend…